Organizers of the Combined Exhibition of Advanced Technologies, or CEATEC, hope over 780 exhibitors from diverse sectors including tourism, construction machinery, health care, mobility, housing and telecommunications will find new alliance partners at the show in the city of Chiba, east of Tokyo, through Friday.

ANA's booth at the Makuhari Messe convention center attracted crowds for its avatar technology that allows people to remotely control a robot in a distant location. The robot relays what it sees and senses in real time.

The airline says the new technology can offer remote travel and enable users to keep in touch with aging parents living far away. 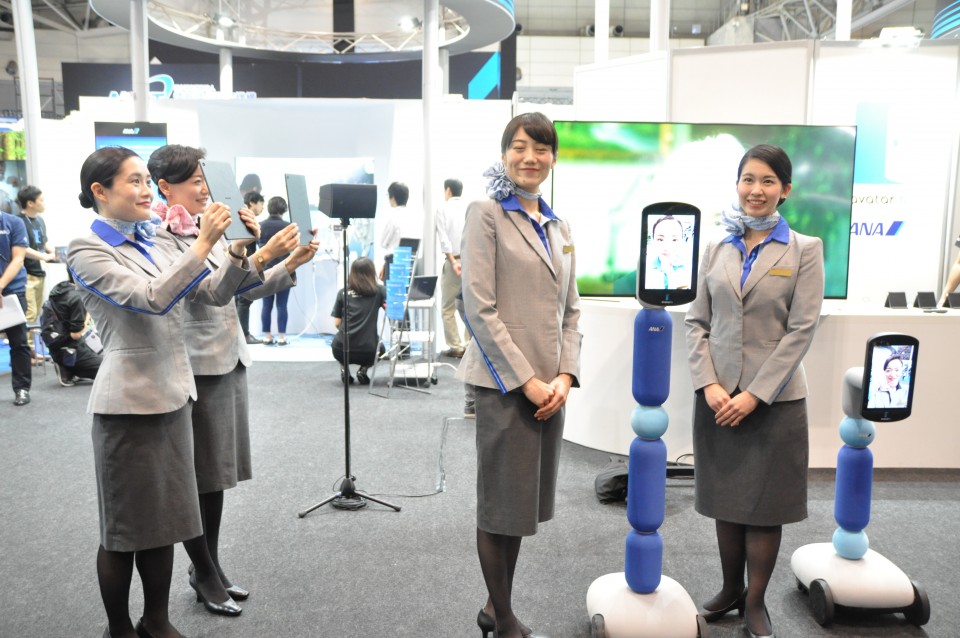 In a demonstration, an ANA cabin attendant remotely controlled one of the stick-shaped "newme" robots that are 1 to 1.5 meters high, with the attendant's face shown on a tablet computer attached to it. The attendant conversed with people around the moving avatar via the tablet screen.

"You will be able to instantly travel anywhere around the world via the avatar robots placed in remote locations," ANA Holdings CEO Shinya Katanozaka said in a keynote speech, unveiling the airline's aim of introducing 1,000 newme robots by the Tokyo Olympics next summer.

"We want people who cannot take planes for reasons such as illness, physical disability as well as economic and political circumstances, to overcome challenges and travel," he said. "For us, enabling such people to connect with others around the world means the same as having them take our flights." 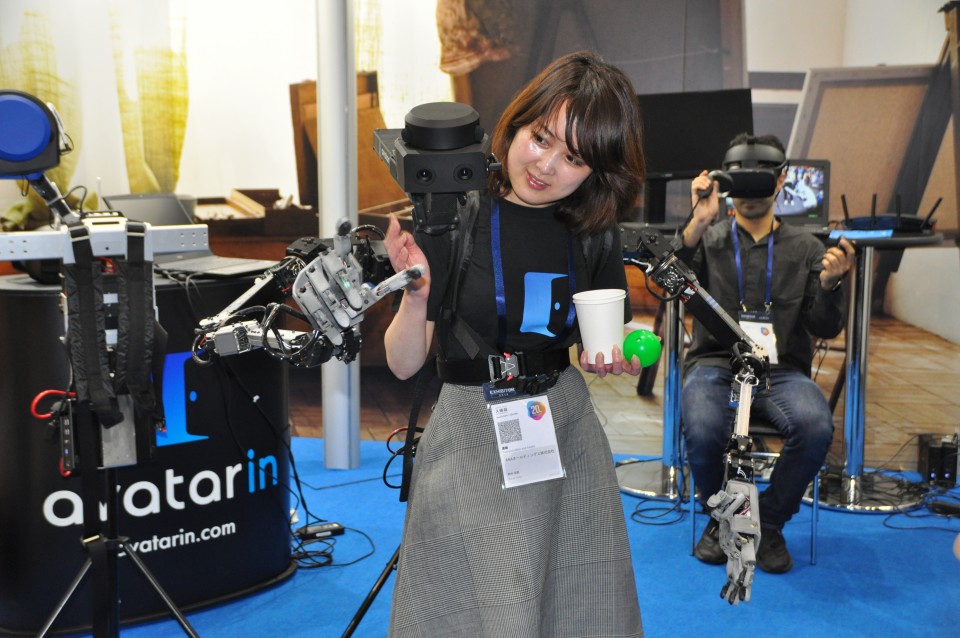 Drone manufacturer Aeronext Inc. unveiled a miniature model of a "flying gondola" that the company is developing to offer multiple riders a fun and comfortable flying experience.

"We envision it to be like a Ferris wheel gondola that flies in the sky freely, a totally new flying experience," Aeronext CEO Keisuke Toji said. "I want passengers to enjoy scenery from the sky as a form of entertainment." 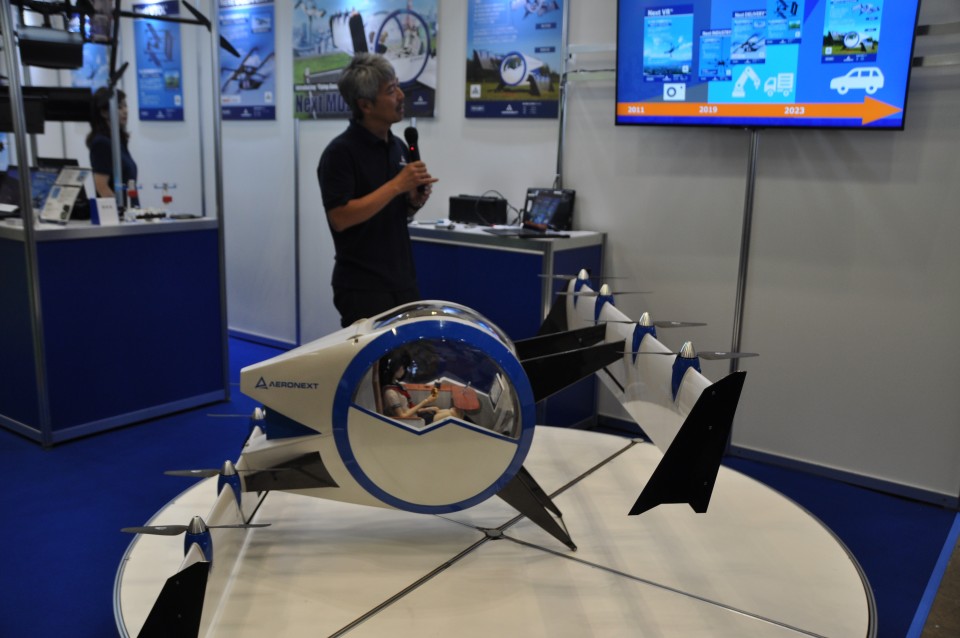 In a demo, a participant lay on his stomach on the device and experienced a three-minute flight in a caged area with a virtual reality goggle showing the view over New York. 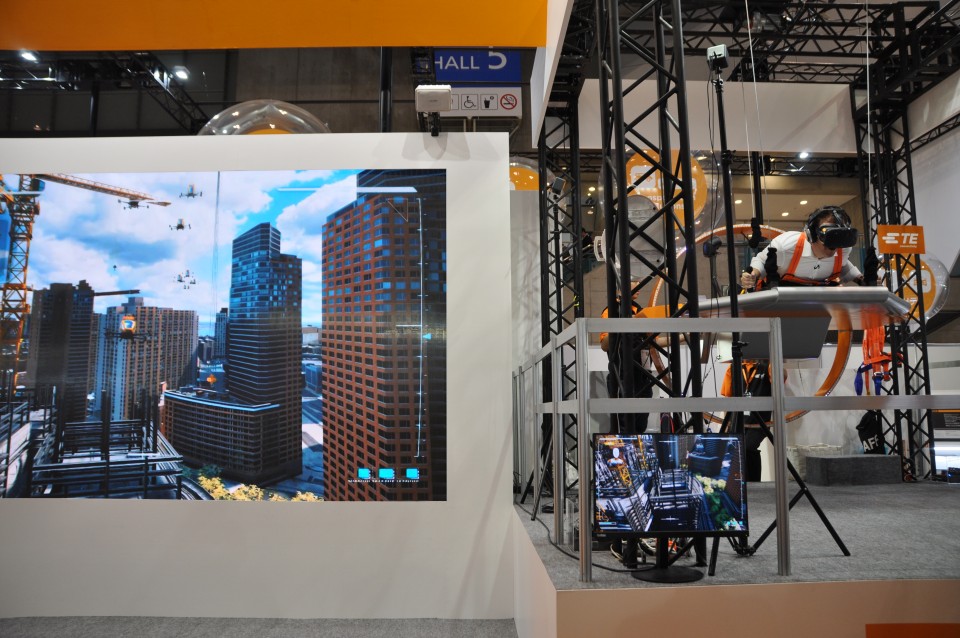 Among major electronics manufacturers, Sony Corp. has returned to the event for the first time in six years but will not demonstrate its TVs, games or other entertainment products.

Its booth is dedicated solely to technologies related to the health care sector, such as microscopes capable of showing three-dimensional images and displays to be used in surgical theaters.

Sharp Corp. is focusing its presentation on internet-connected appliances, including displays, washing machines and refrigerators, in the hope of forging new cross-industry alliances. The company said it hopes to sell its analysis of customer usage patterns to service providers.

DeNA Co. and JapanTaxi Co. are also taking part for the first time as providers of next-generation mobility services amid the rising popularity of ride-sharing and hailing apps.

Major construction companies including Taisei Corp. and Shimizu Corp. have also joined the trade fair at a time when the sector is increasingly relying on new technologies to cope with a labor crunch.

"We want various companies to design the society of the future together and forge innovative collaboration as social issues are becoming increasingly difficult for one company or industry to resolve," said NEC Corp. Chairman Nobuhiro Endo representing the Japan Electronics Show Association, one of the organizers of CEATEC.