A major Japanese drinks maker is set to begin sales of a limited edition "Year of the Rat" whisky in November, continuing its annual tradition of making special zodiac-themed New Year products.

Production of the Suntory Whisky Royal "Year of the Rat" bottles entered its final stages at the Suntory Yamazaki Distillery this week, with two dozen workers carefully preparing thousands for shipment. 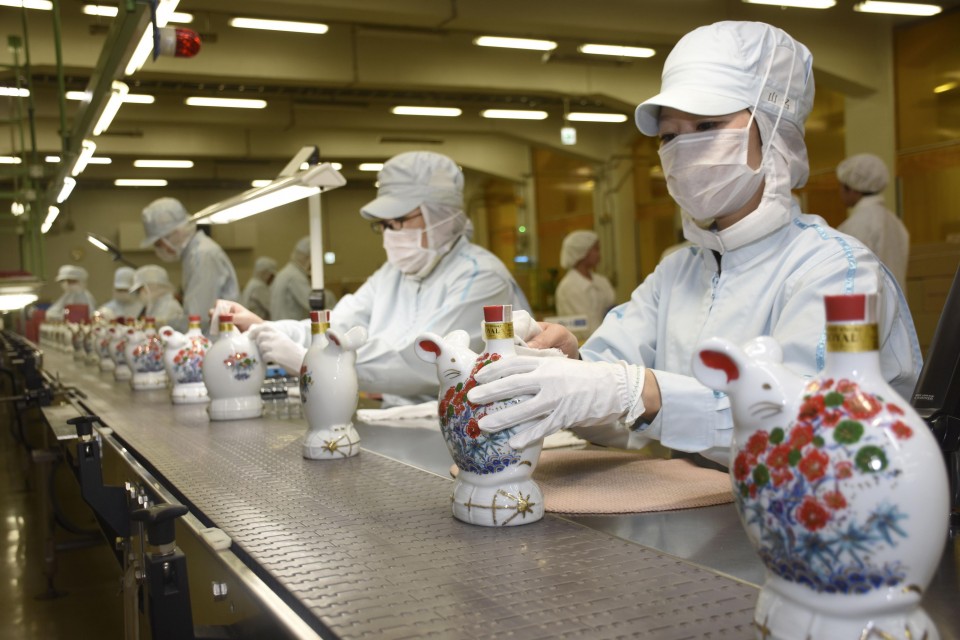 The earthenware bottles are baked in the traditional Mino ware-style from Gifu Prefecture, central Japan. Each bottle is decorated with auspicious pine, bamboo and plum flower patterns to welcome 2020 which, according to the Chinese zodiac calendar used by the Japanese, is symbolized by the rat.

Suntory's annual zodiac-themed bottles have been popular since they were first sold in 1982 as objects that could bring luck for the upcoming year, and there are already orders for around 16,800 bottles from department stores and liquor shops, the whisky maker said.

"We are pleased with the quality of this year's product and hope it will deliver happiness and good fortune to our customers," said a manager at the distillery during a press tour. 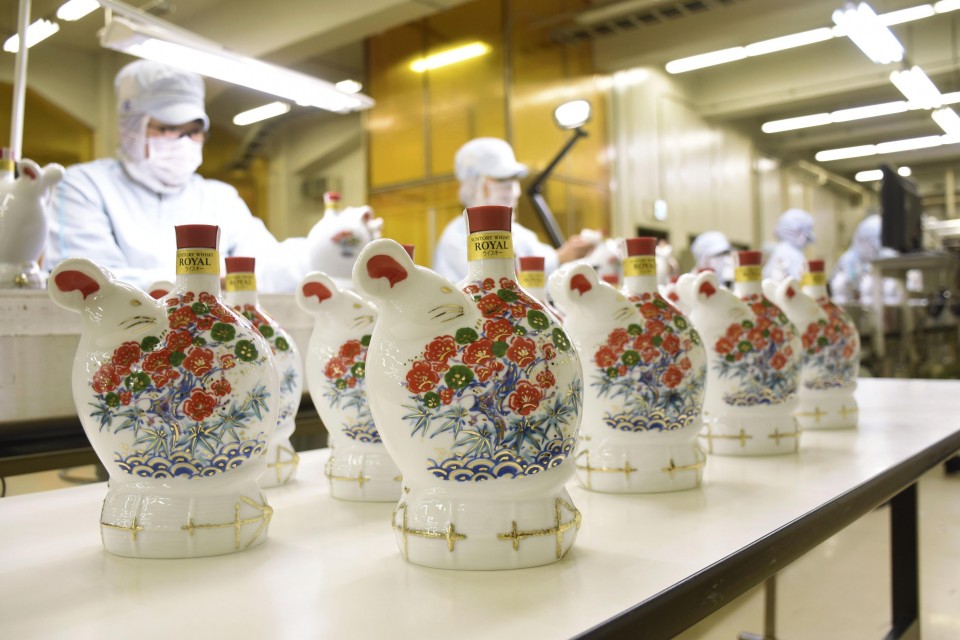 Suntory launches bourbon in U.S. as culmination of Beam buyout in 2014

Suntory to sell specially bottled "Year of the Boar" whisky