The autumn skies were lit up bright red above Kyoto's Mt. Kurama earlier this week as hundreds of people bearing huge flaming torches paraded along the slopes near Yuki Shrine during the annual Kurama Fire Festival.

After sunset on Monday, watch fires were lit in front of homes in the area marking the 6 p.m. start of the festival. 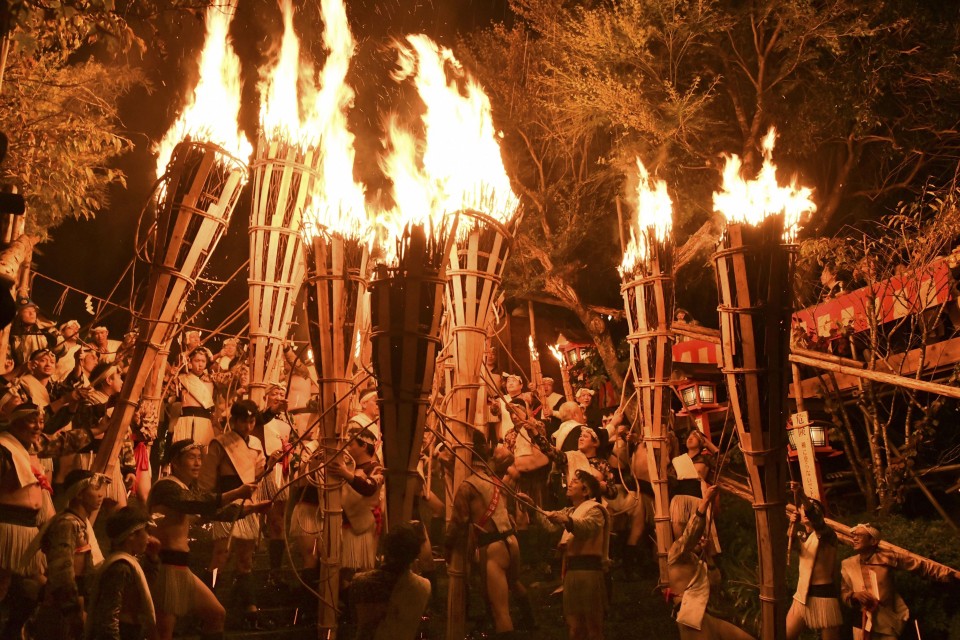 Amid the beat of "taiko" drums, they then assembled at the stone steps leading up to the shrine's Sanmon Gate, bringing the festival to its peak at around 8:30 p.m.

The festival of fire is a reenactment of how local villagers holding flaming torches welcomed the shrine's deity when it was moved from the Kyoto Imperial Palace to Kurama in 940.

Last year, the event was canceled due to typhoon devastation in the area. 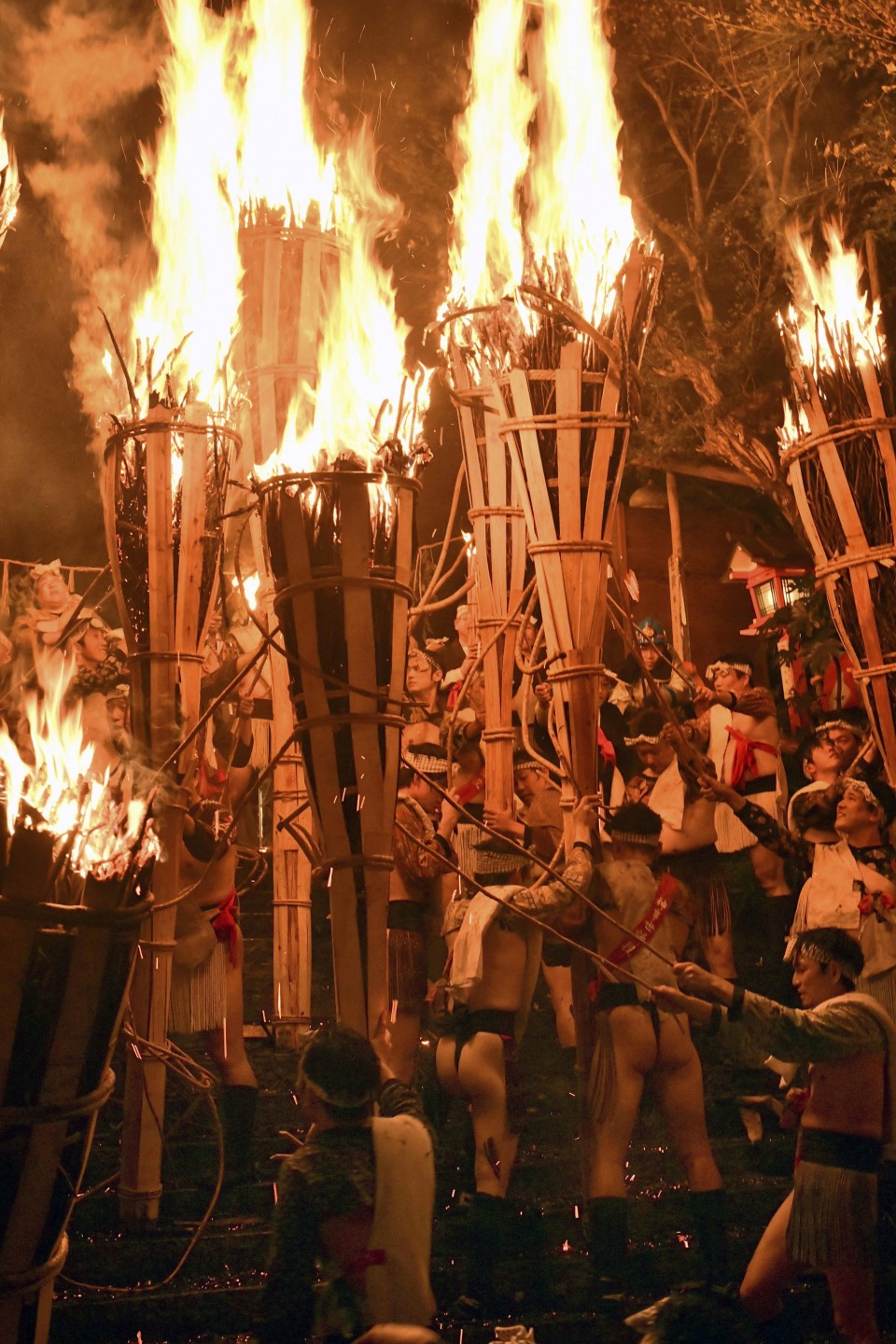 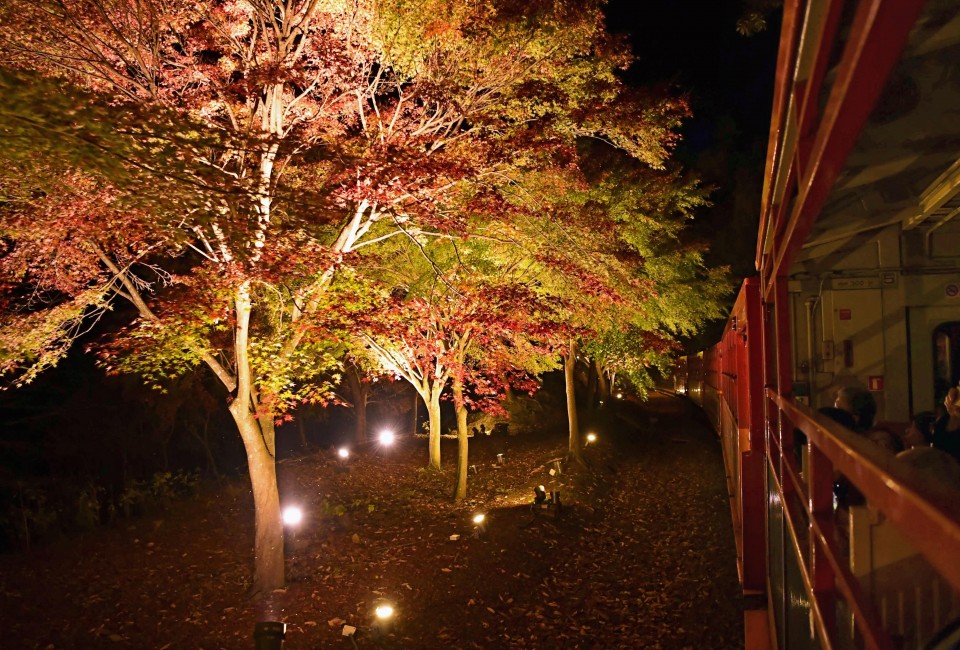 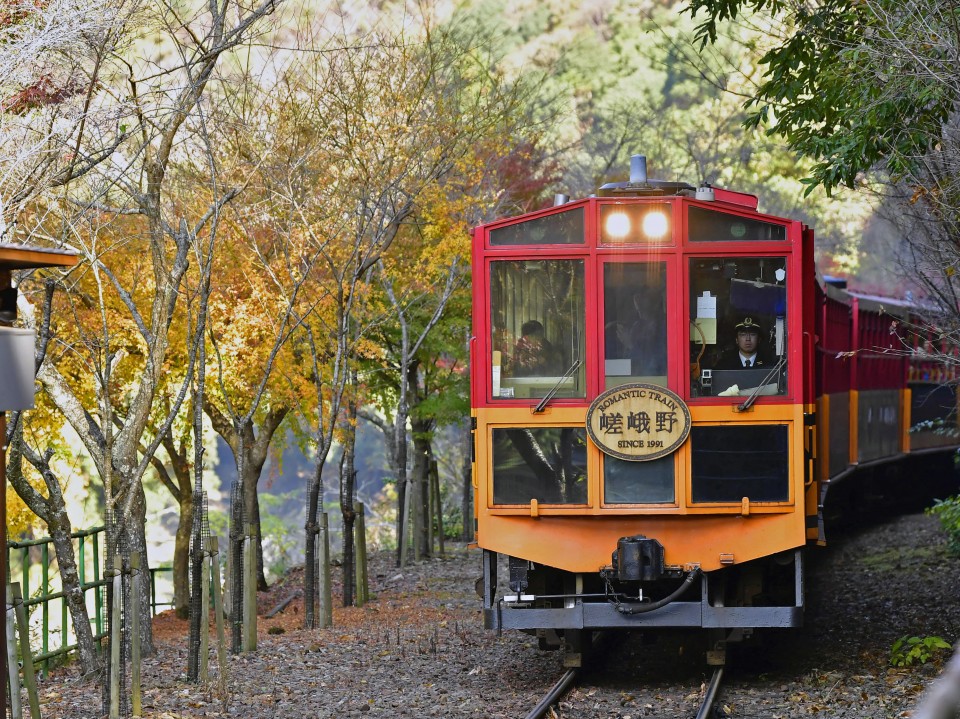 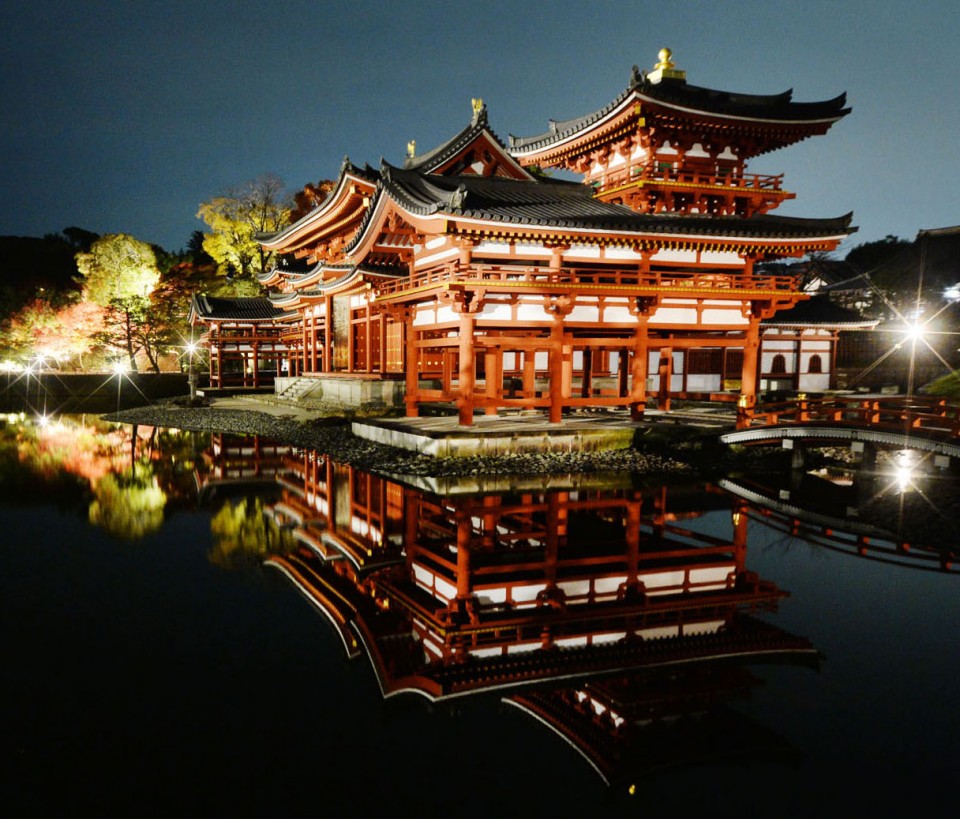 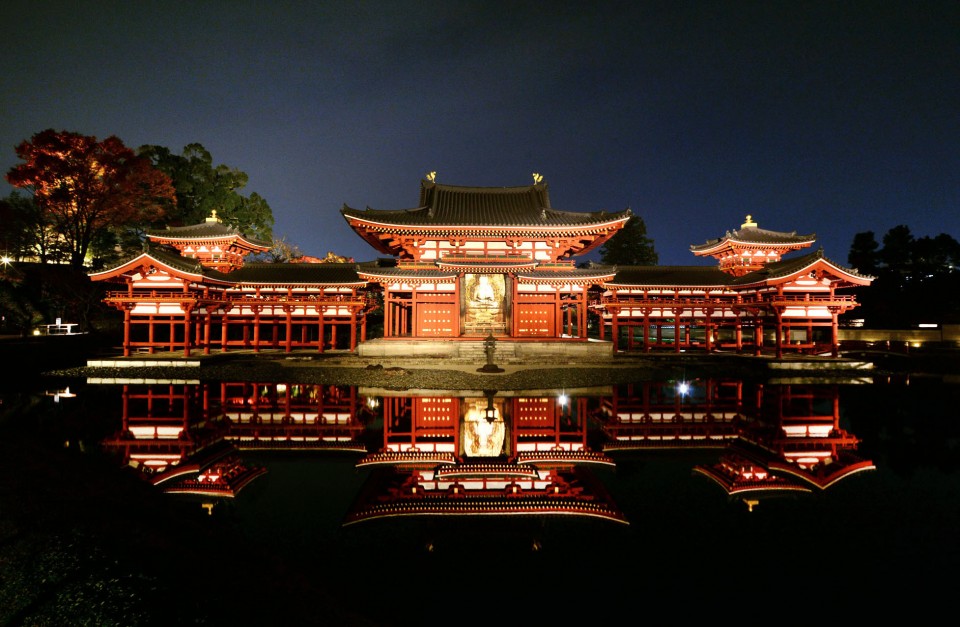 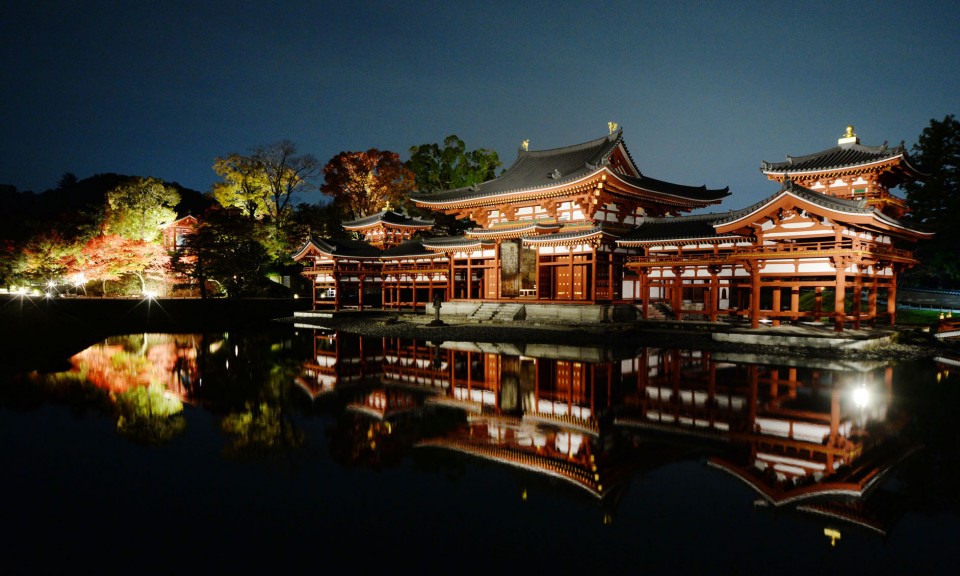 Temples turn to lodgings for overseas tourists in bid to survive

Sharp's humanoid robot to guide tourists in taxis in Kyoto