Johnny Sexton, the 2018 World Rugby Player of the Year, will captain Ireland for the first time in their Pool A clash against Russia on Thursday night in Kobe.

Sexton missed Ireland's previous match to treat an injury, but aims to return to the pitch at Kobe Misaki Stadium (Noevir Stadium) with the leadership that will enable his team to bounce back from their shocking loss to Japan in Shizuoka.

"It's a massive honor," said Sexton, who will captain Ireland for the first time in his 86th test appearance. "It's something that I've thought about since I was a kid, something I've made a lot of decisions around, trying to get there one day."

"I want to be captain now of a good performance and a good win in a World Cup game, so that's my main focus."

Ireland opened their World Cup campaign with a 27-3 victory over Scotland before losing to Japan and trail the Brave Blossoms by three points in Pool A. 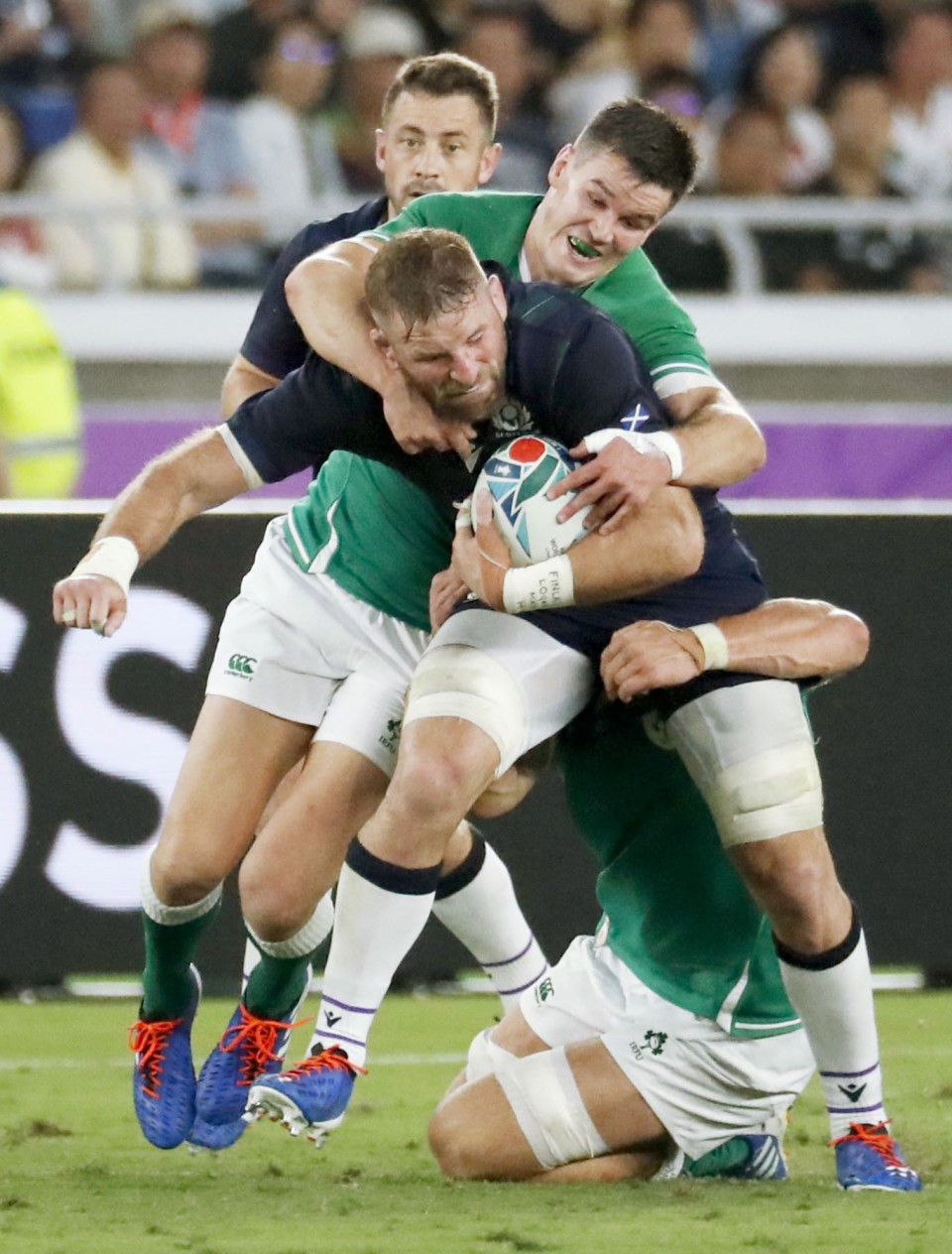 (John Barclay of Scotland is tackled by Johnny Sexton of Ireland.)

Russia, on the other hand, have lost their two opening matches and sit at bottom of the group.

Ireland coach Joe Schmidt only kept four players who started against Japan last weekend: Peter O'Mahony, Keith Earls, Garry Ringrose and Rob Kearney. His side came into the sport's showpiece event ranked No. 1 in the world, but are currently No. 4 following their defeat to Jamie Joseph's Brave Blossoms.

"We are looking to freshen it up and give guys an opportunity. It's great because we've got some guys who have been very, very keen to be involved, will get an opportunity on Thursday," Schmidt said.

While fans expect Ireland to cruise past No. 20 Russia, Schmidt said the result and a much-needed bonus point, which is awarded to teams that score four tries or more, will follow if the team focus on pulling off their best-possible performance.

"We have to stay around our performance-orientated goals. We can't put anything on the scoreboard without getting the things we need to put in place, that we build the pressure or that we create the opportunities from," he said.

Ireland have won both of their previous matchups against Russia, beating them 62-12 at the 2011 tournament and 35-3 at a World Cup qualifier in 2002. 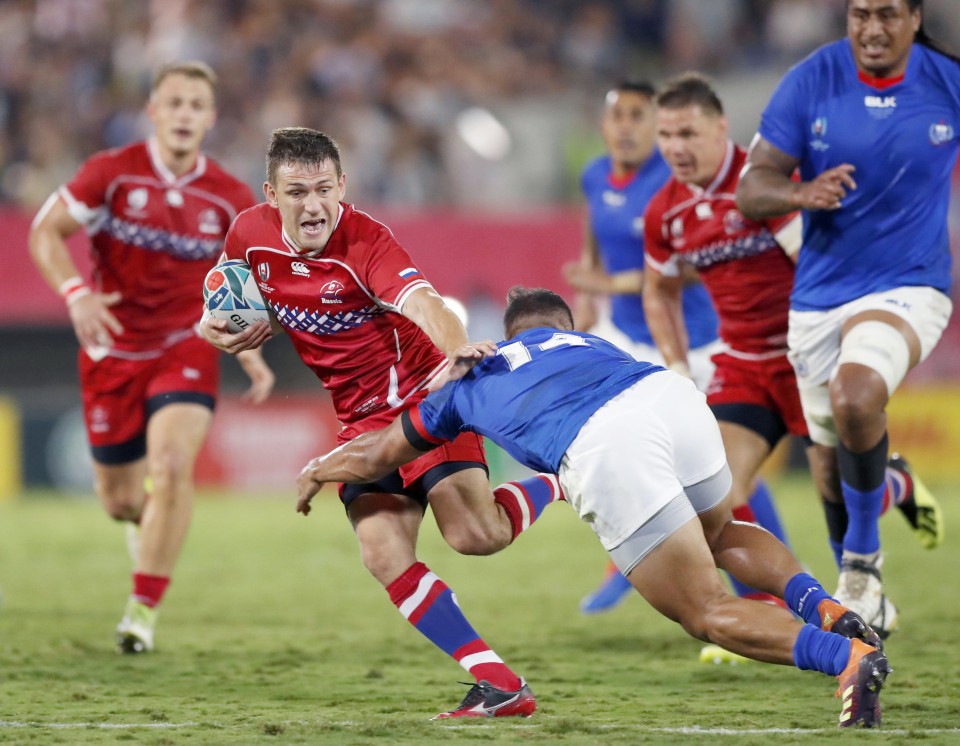 (Vasily Dorofeev of Russia runs with the ball.)

However, the hot and humid condition of the closed-roof venue in western Japan will prove a challenge to both sides, players said following the captain's run on Wednesday.

Ireland center Bundee Aki said, "I was here last night to just have a look. It's sweaty, sweaty conditions, slippery ball so I think everyone has to adapt to it.

"We know what the challenges are in front of us and so be able to make sure we deal with the condition properly," he said.

Russia are appearing in just their second World Cup following the 2011 edition when they lost all four of their matches.

"We are facing probably the toughest challenge that Russian rugby has ever faced. We take on one of the best teams in the world, Ireland," said head coach Lyn Jones. "The challenge is huge but the enthusiasm and confidence in our team is very good, and preparation has gone well."

While they have lost all six of their World Cup matches, including defeats to Samoa and the Brave Blossoms in Japan, by an average margin of 31 points, Russia are motivated to make the match "difficult" for Ireland.

"It's our first World Cup in eight years. I want to make the most of the experience," said back-rower Victor Gresev.

"We would like to score as many tries, earn as many points and play a difficult match for Ireland."