A 5-year-old George Takei and his family were forced by armed American soldiers to leave their Los Angeles home and transported to various "relocation centers" across the United States over the course of three years.

Seventy-seven years later, the actor most famous for his portrayal of Hikaru Sulu in the original Star Trek series says the story of his internment at concentration camps during World War II due to his Japanese ancestry continues to stagger the imagination.

"I still, to this day, can share my childhood internment story with people that I consider to be well-informed, well-read people, and they're surprised that such a thing happened in the United States," Takei, 82, told Kyodo News recently in an interview from his home in Los Angeles.

"They know who I am, and they can't believe 'He was in an American prison camp as a child?' I'm the last of the generation that actually experienced (U.S. internment during World War II)," he said.

Though Takei has for decades shared his experience of imprisonment by the U.S. government, including in his 1994 autobiography "To the Stars," his graphic memoir released in July this year, "They Called Us Enemy," aims to appeal to "the young people of today" who will "grow up to be the voters of tomorrow." 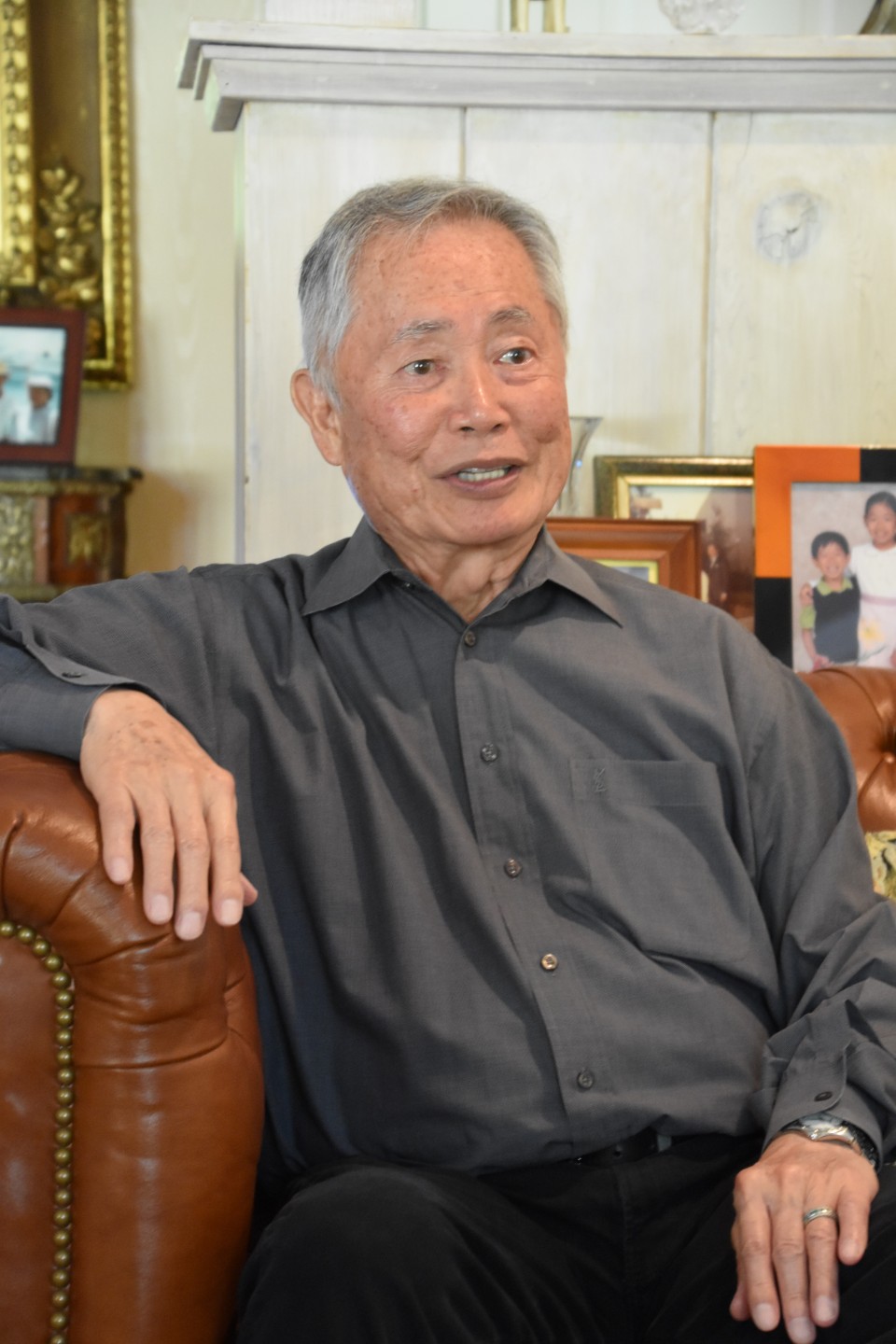 "The reason I chose the manga style of telling this story is when I was a kid, I loved comic books. At that age you are absorbing all that information...and it remains with you as you grow up," Takei said.

"By Americans knowing this chapter of American history, we can hopefully develop a generation that will fiercely oppose something like what's happening on our southern border."

Takei, a lifelong Democrat, is an outspoken critic of U.S. President Donald Trump on social media on matters such as the treatment of migrants and asylum-seekers who arrive at the U.S.-Mexico border.

"When Trump signed his first executive order, which was the Muslim travel ban, tens of thousands of Americans rushed to their airports all across the land to protest...The reaction of the country, to me, was exhilarating -- a dramatic difference from when we were incarcerated."

"It took 70 years for that progress to be demonstrated. But we are making progress," Takei said.

Many Japanese Americans have drawn parallels between the Trump administration's executive orders that target Muslims and immigrants and the classification of approximately 120,000 Japanese Americans living in the United States during World War II as "enemy aliens." Hundreds have organized protests across the country, including outside a migrant family detention center in Texas.

Because Takei had been incarcerated as a young boy, many of his childhood memories were incomplete or "deceptive" due to his lack of understanding of why they were forced to live behind barbed wire halfway across the country, he explains in "They Called Us Enemy."

"Roosevelt proved himself to be a fallible human being. He made a dreadful, grave mistake," said Takei. "But when a president makes a mistake, they are great mistakes. And we, Americans of Japanese ancestry, were the victims of that."

As a teenager, Takei and his father, Takekuma Norman Takei, who was born in Japan's Yamanashi Prefecture, often discussed "the power of American democracy" and the complexities of their family's internment experience.

"Most Japanese Americans of my parents' generation felt the pain and the humiliation and the degradation of the internment so profoundly that they didn't want to inflict it on their children. So they didn't talk about it," he said. In this respect, "my father was a very unusual Japanese American."

With his belief that "people can do great things," Takei's father instilled in him a lifelong passion for political activism.

Takei, who is openly gay, has publicly advocated for the rights of LGBTQ individuals, African Americans and other social minorities, and was one of the earliest supporters of the Japanese American National Museum in Los Angeles.

When he received a letter of apology from then-President George H.W. Bush and a $20,000 reparation check in 1991, Takei donated the money to the museum's founding.

He has also brought the internment experience to life for modern-day audiences in his role in the television show "The Terror: Infamy" as a Wakayama-born fisherman who is incarcerated during World War II as well as the Broadway musical "Allegiance."

Takei was "blessed," he said, by his father's openness about the difficulties of being an elected block manager who liaised between internees and authorities during their incarceration.

Sharing their family's story is "a responsibility (my father) has given me -- and (a) blessing that my career has amplified my voice."