Japan's beer shipments to South Korea plummeted 99.9 percent in September from a year earlier to 588,000 yen ($5,400), affected by a boycott of Japanese products in the neighboring country amid worsening bilateral ties, government data showed Wednesday.

The campaign to boycott Japanese goods, including vehicles, has spread widely among South Korean consumers after tighter Japanese export controls were implemented in July on key materials used by South Korean chipmakers. 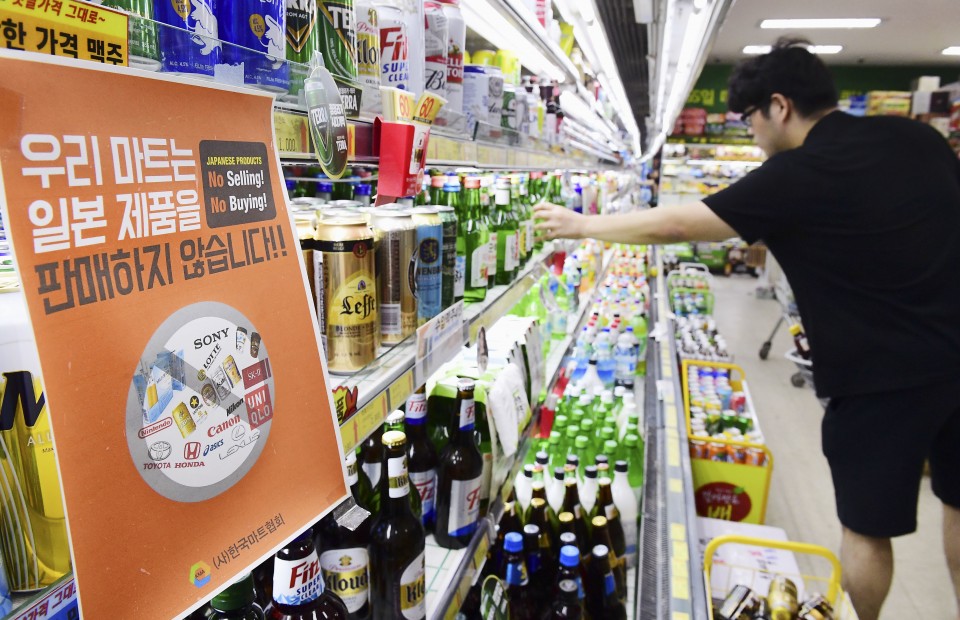 In the reporting month, exports of hydrogen fluoride, a chemical subject to newly tightened export controls, were also sharply down 99.4 percent to 3.72 million yen, according to the data compiled by the Finance Ministry.

The sharp drop in beer shipments in September followed a 92.2 percent plunge in August to 50 million yen. Export volume and value of the chemical material used to clean semiconductors stood at zero in August, the ministry data said.

The material is one of three chemicals that Japan made subject to export restrictions from July 4, requiring exporters to obtain a license prior to each shipment to South Korea.

Disputes between Tokyo and Seoul over wartime compensation and trade policy have sent bilateral ties to their worst level in years, with the boycott campaign also resulting in a sharp decrease in the number of South Korean visitors to Japan.