Japan hooker Atsushi Sakate said coordination in defense would be key when the Brave Blossoms collide with South Africa in the quarterfinals of the Rugby World Cup on Sunday.

Sakate and lock Uwe Helu said Japan's preparation and fitness could be the difference, provided the Brave Blossoms execute their plan -- a key part of which is their approach to tackles. 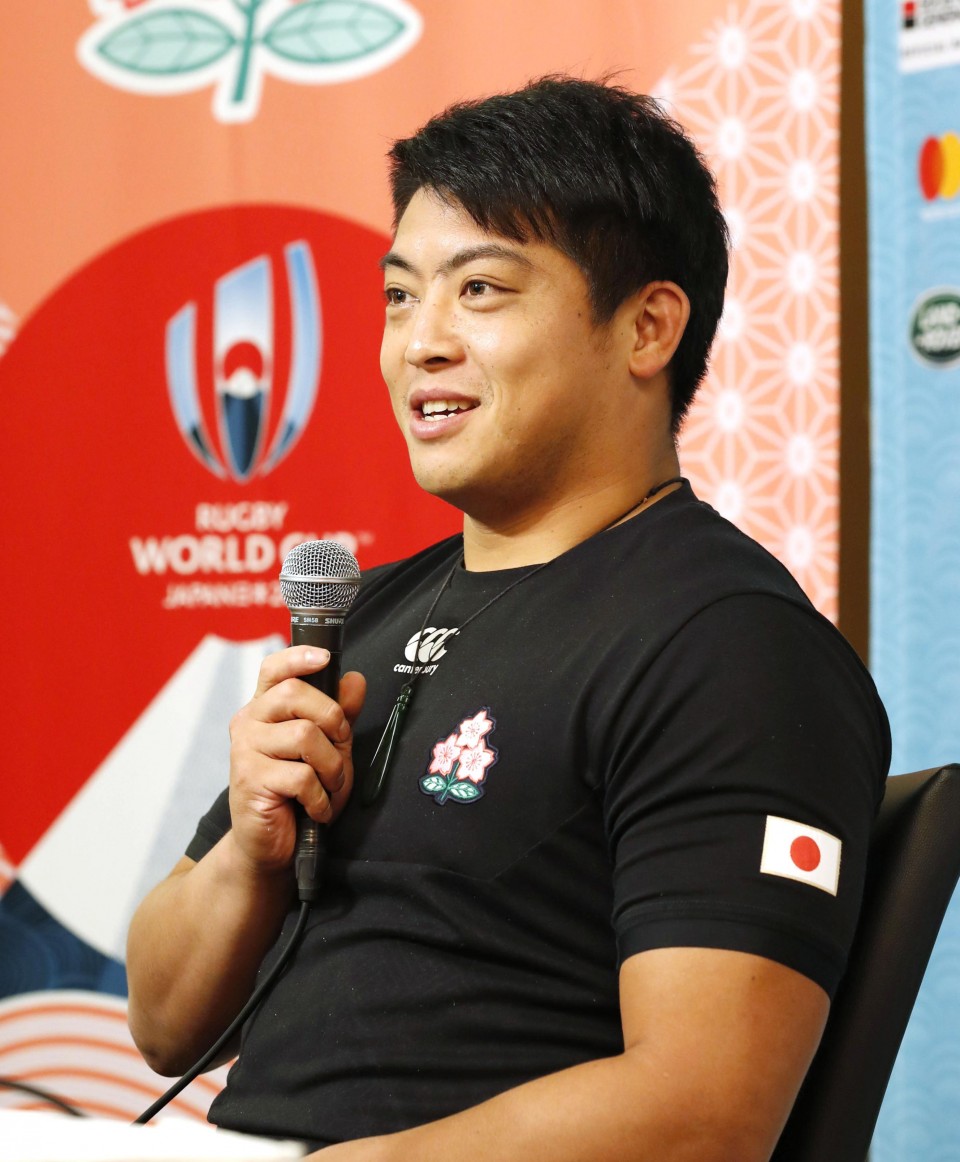 "The double collision is the No. 1 focus as they have big forwards and backs," Sakate said Wednesday referring to the defensive system whereby two tacklers -- one low and one higher -- attack the ball carrier.

"When we set up in defense, the forwards and backs need to communicate well and then we need good line speed," he added.

Japan were beaten 41-7 by the Springboks in a Sept. 6 warm-up game at Kumagaya Rugby Stadium, and Sakate was hopeful the team could make the most of the learnings they took from that match.

"The transition between attack and defense and vice versa is really important. We need to play at tempo, we need to carry the ball well and we need support at the breakdown."

Helu, who like Sakate is likely to start Sunday's game at Tokyo Stadium (Ajinomoto Stadium) on the bench, said Japan needed to "outwit" the Springboks.

"They are a physical team so we need to be smarter in how we attack and trust our game plan," he said.

Helu said it was no good comparing Japan now, following four wins in Pool A, and the team that played South Africa in September.

"We had just finished camp then," he said. "South Africa have a strong line-out but we have a few tricks. We have to beat them by speed and you will find that out on Sunday."

Part of Japan's preparation for the quarterfinal will once again involve eight-on-10 scrums and reserve members acting the role of the opposition.

"We work out who is a weak defender and then build up where the space is," Helu said in explaining how they plan their set-piece defense.

"Every player has a role to play and everyone has a job to do at the set piece. If everyone does what they need to do then we execute the plan."

Attention to detail and willingness to work at it for hours in training camp is what Helu believes will be the difference on Sunday.

"We are used to hard work. We put our heads down and work together. If we take their physicality out of their game then they only have 40 percent left. So we can take them anytime."

He admitted, however, that the Brave Blossoms would need to correct the biggest problem from that September game.

"We were playing as individuals and wasting energy. As a result we didn't play the full 80 minutes and we dropped out of the game plan."

"We have won four games but there are times we are still too individual. We need to trust the game plan."

"We need to make sure we are called 'One Team' for a reason."