Japan captain Michael Leitch said Monday he would be asking for help from a trio of former All Blacks in the build-up to next weekend's Rugby World Cup quarterfinal with South Africa.

"I am going to talk to Richard Kahui, Cory Jane and Stephen Donald to see how they prepped themselves," he said referring to three of New Zealand's Rugby World Cup 2011 winning team who went on to play with Leitch at Toshiba Brave Lupus.

"The mental side of things will be really important," said Leitch, who admitted he had not slept following Sunday's 28-21 win over Scotland that saw Japan reach the last eight unbeaten as Pool A winners.

How Japan prepare will also be crucial, he said.

"We start from zero again and build up each day."

South Africa beat Japan 41-7 in Kumagaya back on Sept. 6 in a game that Leitch said was a step up from the Pacific Nations Cup games played in July and August.

And the 31-year-old flanker said Japan had learned from the experience.

"We suffered from tunnel vision because we were too focused," he said. "We did create space and opportunities but made mistakes at crucial times."

"We are now used to pressure and have better concentration and awareness, so I think it will be a good game. But we will need to understand the flow of the game, stop their momentum and create our own momentum."

The rematch with the two-time world champions will inevitably have people talking about the "Brighton Miracle" -- Japan's famous 34-32 win over the Springboks at the last World Cup.

Veteran lock Luke Thompson, however, pointed out that times have changed and the circumstances are very different now.

"Unlike four years ago we are no longer sneaking in under the radar, and we have beaten two Tier 1 teams and finished top of our pool," Thompson said after Sunday's game. 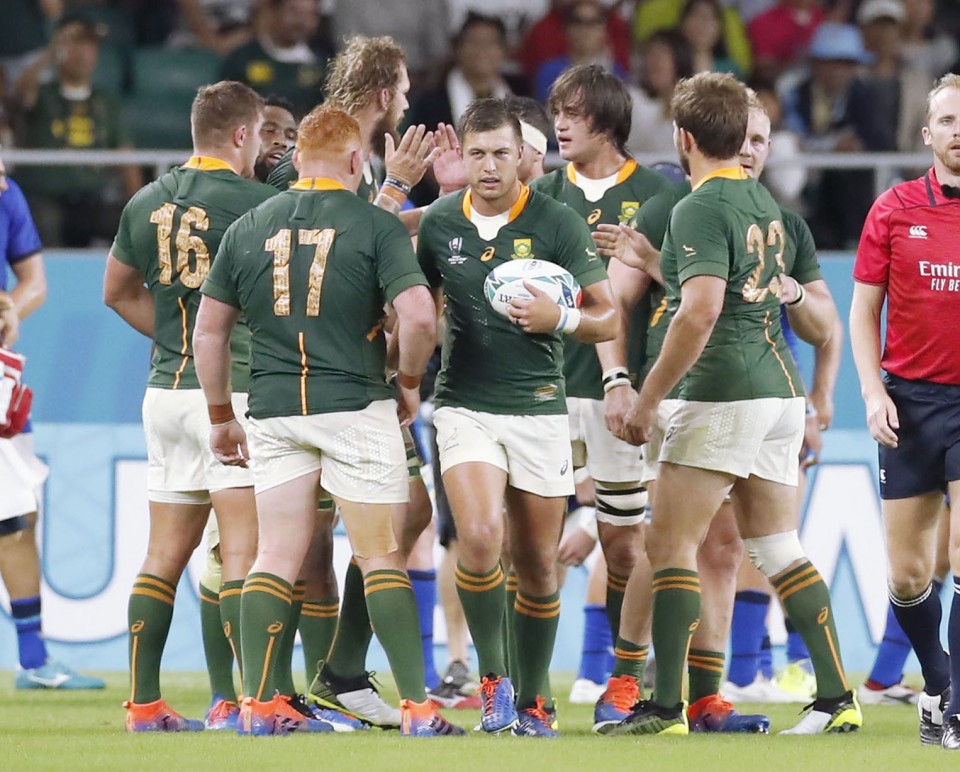 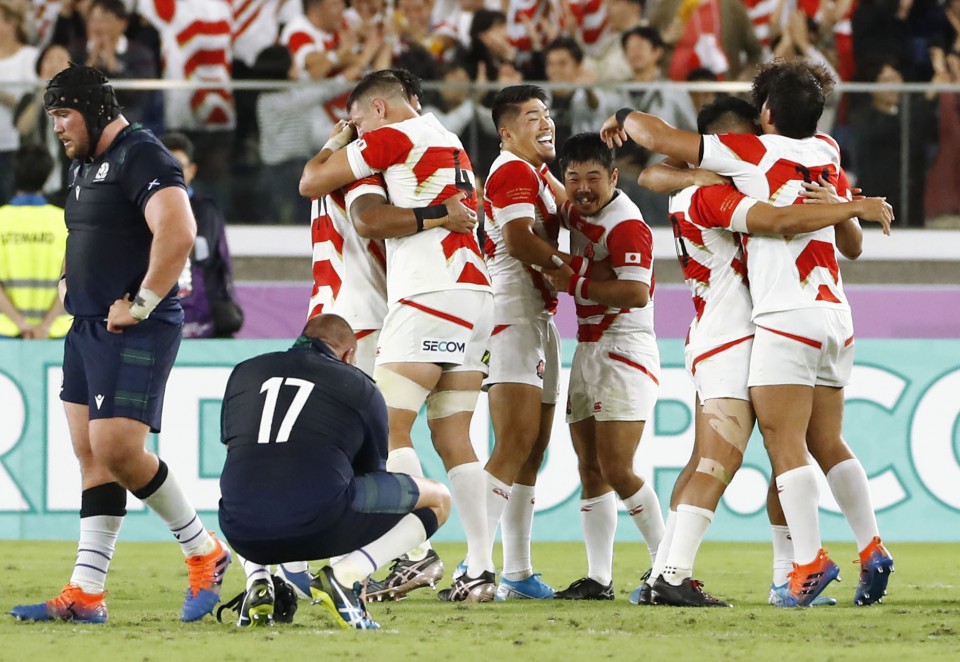 "We have created history and some pretty amazing things for Japan rugby, but the tournament is not finished. We believe we are capable of great things and go in with some confidence, although we have a huge mountain to climb."

Japan technical chief Yuichiro Fujii said Monday that the pressure from the Japanese public was now off the team as they had reached their goal of getting into the last eight.

"From now on we have nothing to lose. We will put the pressure on ourselves and then put that on South Africa."

Leitch also had a warning for the Springboks.

"Looking back, ever since 2011, this team has grown so much (and) it's scary to think how far this team can grow."