Japanese chemist Akira Yoshino, who won this year's Nobel Prize in chemistry with two other researchers, said Wednesday there are still many unanswered questions in his research on lithium-ion batteries and he is thrilled to continue his work.

Yoshino, 71, honorary fellow at Japanese chemical company Asahi Kasei Corp. and a professor at Meijo University in Nagoya, studied petrochemistry at Kyoto University and finished his graduate program there in 1972.

He then joined Asahi Kasei where he became involved in the development of rechargeable batteries, which at the time were bulky and expensive, for portable electronic devices.

Credited with the creation of commercially viable lithium-ion batteries, Yoshino said in an interview with the Royal Swedish Academy of Sciences that his "curiosity" has been the main motivation for his research.

"The real form of lithium-ion is full of mystery. If I go back to the basics of my research, I could discover ideas and technology different to what we have now. It's very exciting," Yoshino said later in a conference room at Asahi Kasei's Tokyo headquarters that was packed with reporters and company employees. 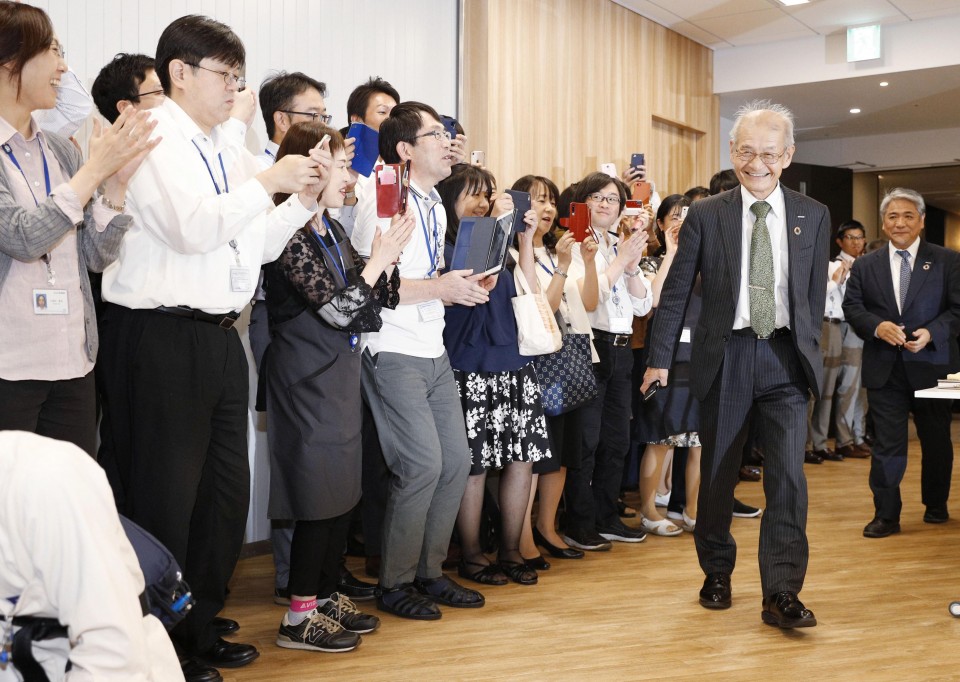 Asked how he felt when he first received news of the prize, Yoshino said, "I was more perplexed than delighted."

Yoshino jointly won the award with 97-year-old U.S. chemist John Goodenough, who holds the Cockrell Centennial Chair in Engineering at the University of Texas at Austin, and Stanley Whittingham, 77, a Binghamton University professor.

In developing the batteries now widely found in a range of devices including smartphones and laptop computers, the Japanese chemist used a carbon material in the lithium-ion battery's anode, leading to the creation of a "lightweight, hardwearing battery that could be charged hundreds of times before its performance deteriorated," the academy said.

"The biggest contribution to environmental protection is spreading the use of solar and wind power technologies that have an unstable electricity output," he said.

A native of Osaka Prefecture, Yoshino has won a number of international awards including the European Patent Office's European Inventor Award.

Yoshino is Japan's 27th Nobel laureate and the first Japanese to win the chemistry prize since Eiichi Negishi and Akira Suzuki jointly won it with American chemist Richard Heck in 2010.