At least 10 people were confirmed dead in Chiba and Fukushima prefectures, including a woman in her 40s whose body was discovered in a residential area of the city of Chiba where landslides damaged some houses, police and other sources said. Some other bodies were found in submerged cars.

A few people were reported missing in both prefectures, according to the police. 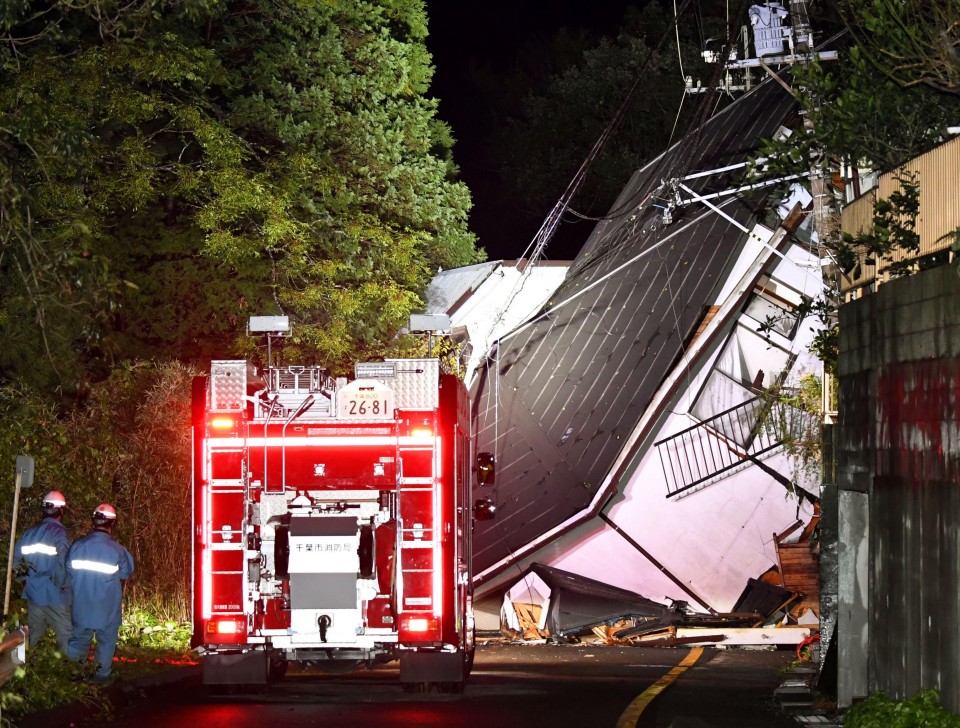 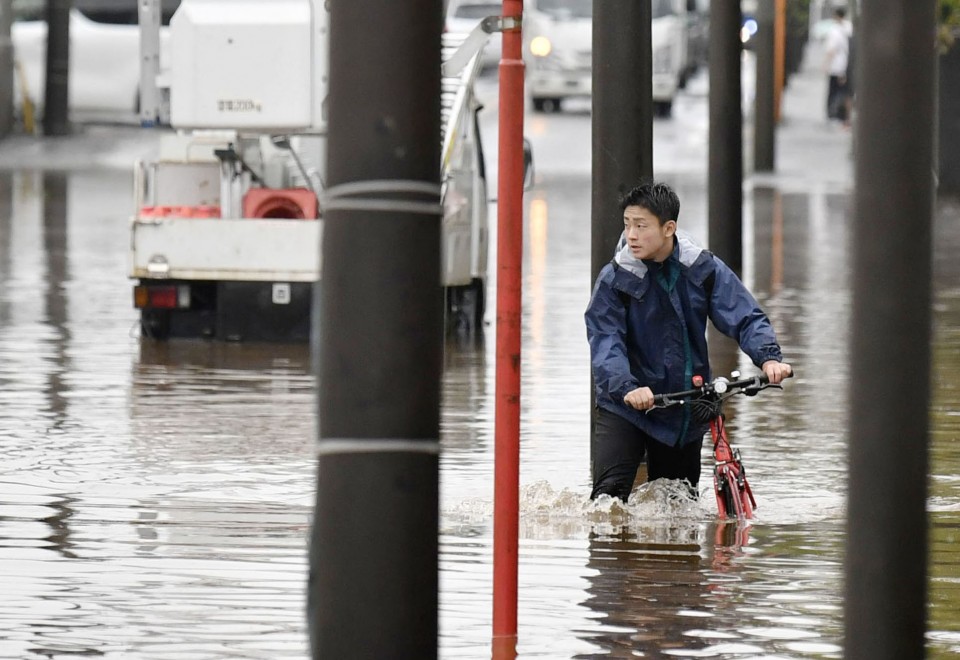 "Water suddenly came up through the tatami mats with a gurgling sound," said Tetsuo Kaneno, 69, who was cleaning up his home in the town of Nagara. "I'm really tired," he said, referring to the damage caused earlier by a typhoon.

Chiba was among the prefectures that were seriously affected by Typhoon Faxai in September and Typhoon Hagibis earlier this month.

"I can't believe (the typhoons) hit us in succession," said Chiaki Masuda, director of a nursing home in the town, where staff and elderly residents were cut off following flooding.

A town official said, "We've already distributed much of our food stocks (in the wake of the typhoons). We only have a little left." 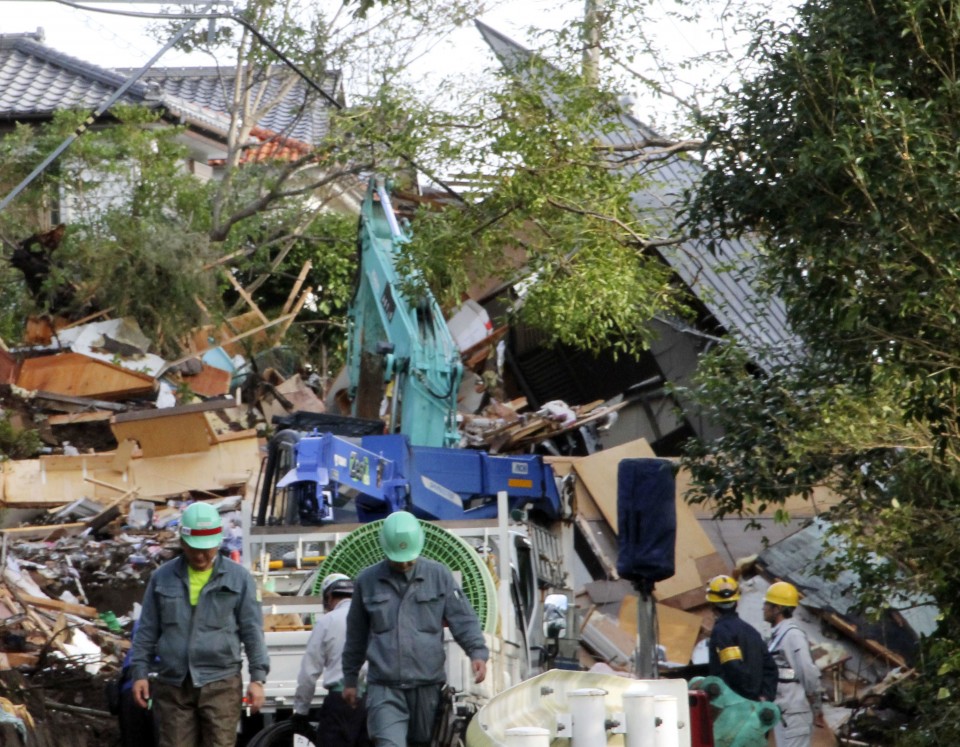 Some flights to Narita airport were cancelled Friday due to the rain, affecting travelers using one of the country's biggest international airports. Around 3,000 people spent the night at the airport as the downpours also disrupted train and bus connections to nearby cities.

"It's been really hard. I couldn't imagine such disruption when my friend told me about being stranded in a typhoon," said Ryoya Goto, 21, who was stuck at the airport after arriving from the Philippines.

A total of 15 rivers had flooded in Chiba Prefecture due to the rain, forcing more than 1,800 people to evacuate, the prefectural government said. Around 1,200 children were stuck at schools and other facilities and stayed overnight there.

Around 60 children and their teachers were rescued from a kindergarten in Sammu on Friday evening by an amphibious vehicle sent by the Fire and Disaster Management Agency.

Hospitals and nursing homes were flooded in some areas including the city of Ichihara, where more than 280 millimeters of rain was recorded in a 12-hour period Friday afternoon, surpassing the average monthly total for October in just half a day.

The cities of Sakura and Kamogawa also registered over 240 mm of rain during the same period, marking similar records, the Japan Meteorological Agency said. 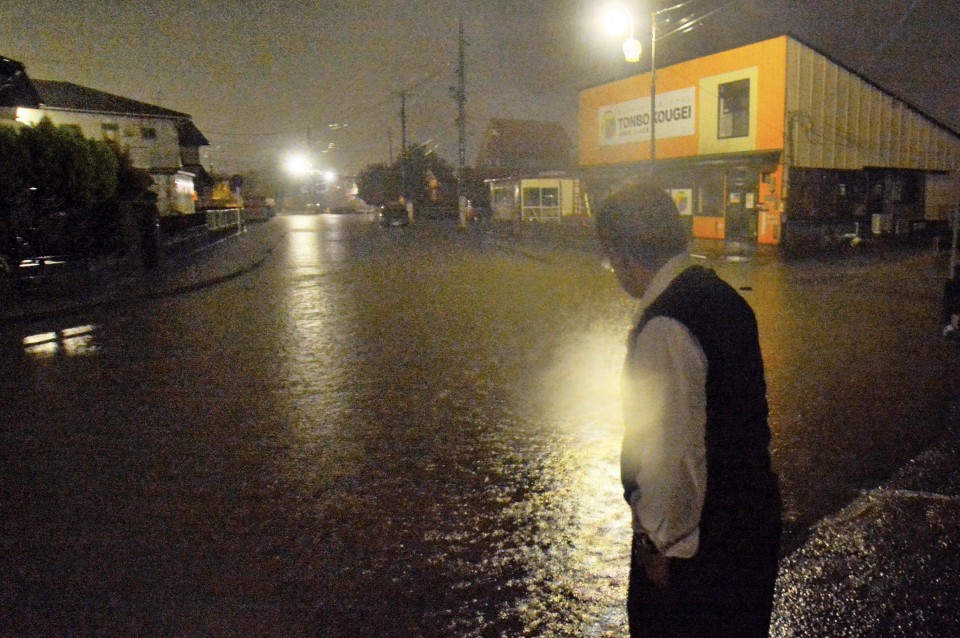