Japan's trade minister Isshu Sugawara resigned Friday, little more than a month after taking the post, amid allegations that his office offered money and gifts to supporters in violation of the country's election law.

The resignation is a setback for Prime Minister Shinzo Abe, whose administration has lost a number of Cabinet ministers to scandals. Hiroshi Kajiyama, a former minister in charge of regional revitalization, was chosen to replace Sugawara.

Abe told reporters he accepted Sugawara's offer to step down, saying "the responsibility lies with me for having appointed him."

With opposition parties piling pressure on Sugawara to step down, the 57-year-old minister was effectively sacked. The prime minister's office had asked him to consider leaving the post in an apparent effort to contain damage to the administration, sources familiar with the situation said.

Appointed in a Cabinet reshuffle in early September, Sugawara took charge of the Ministry of Economy, Trade and Industry at a time of heightened bilateral tension with South Korea over Tokyo's tighter export controls. 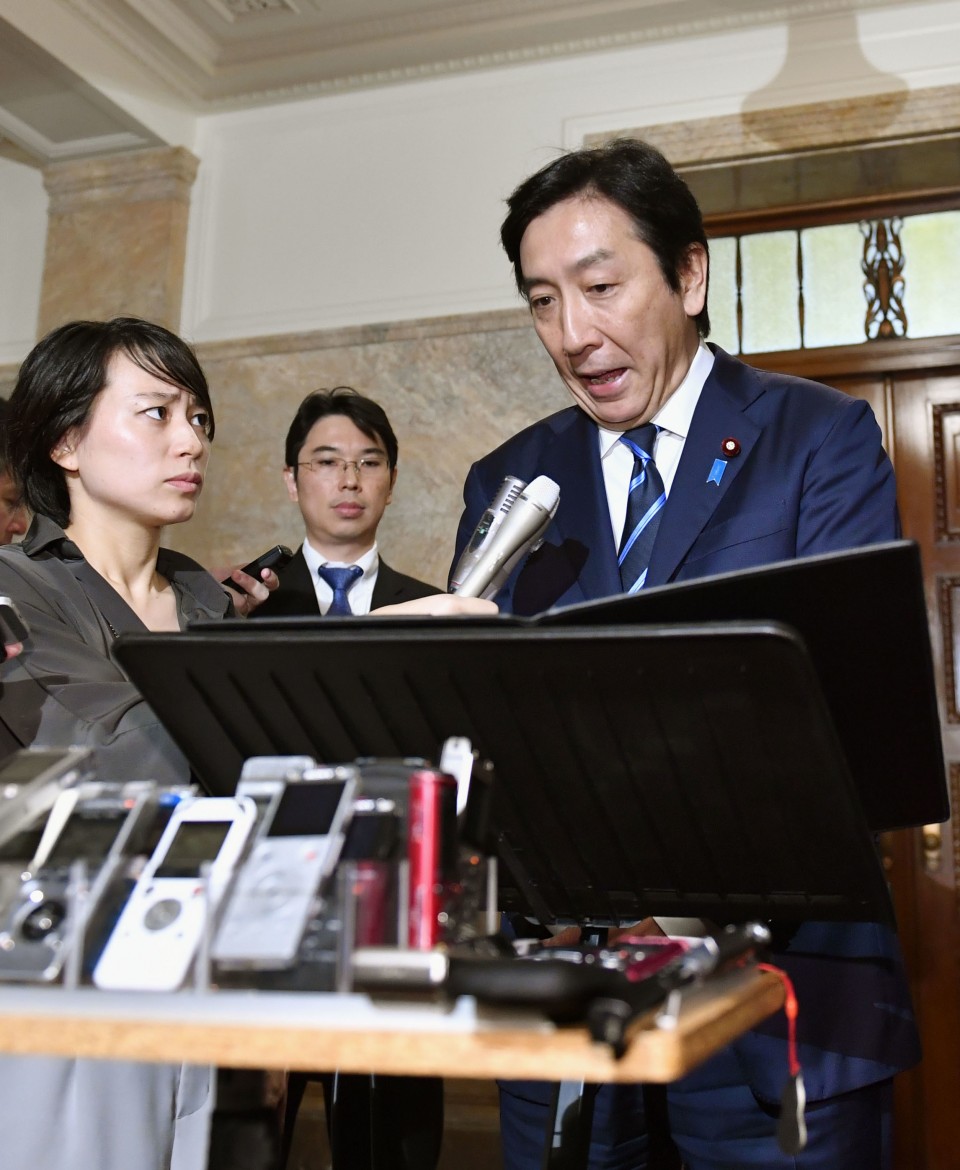 "I apologize for stepping down at a time when there is so much that needs to be done," Sugawara told reporters.

Sugawara is the ninth Cabinet minister to step down since Abe returned to power in 2012, and his departure follows the resignation in April of gaffe-prone Yoshitaka Sakurada from the post of Olympics minister.

Sugawara's stint was cut short after the Shukan Bunshun weekly magazine reported in its latest edition on Thursday his secretary had offered 20,000 yen ($180) in condolence money to the bereaved family of a supporter in his Tokyo constituency in mid-October.

His office also sent funeral flowers to multiple bereaved families this year, according to the magazine.

Japan's public offices election law bans politicians from making donations to voters in their home constituencies. Politicians are allowed to offer money personally at ceremonies such as weddings and funerals.

Sugawara admitted Friday that both he and his secretary had handed out condolence money, but that he was still confirming whether the act violated election law.

He said he resigned because he did not want the scandal to prevent the smooth running of government.

"I do not want the Diet session to be held up, to be unable to deliberate on legislation because of me," he told reporters. "Nor do I want to hold up economic and industrial policy, nor the government as a whole."

Sugawara had come under fire following another Shukan Bunshun story reporting he had handed expensive melons and crabs to local supporters, prompting calls from opposition parties for him to explain his actions to the Diet.

In what was his first Cabinet post, Sugawara was tasked with overseeing ongoing negotiations to create a 16-member Asia-wide free trade area under the Regional Comprehensive Economic Partnership, and guiding energy policy as Japan continues to grapple with the aftermath of the 2011 Fukushima nuclear accident.

When a recent gift-giving scandal came to light exposing collusive ties between Kansai Electric Power Co. and a local town that hosts one of its nuclear power plants, Sugawara called the practice "utterly outrageous" if true.

He belongs to Abe's ruling Liberal Democratic Party and is serving his sixth term as a lawmaker in the House of Representatives.

Sugawara is known to be close to Chief Cabinet Secretary Yoshihide Suga, the backbone of the Abe administration.

"We will have to straighten up and work to regain public trust," the top government spokesman told a regular press conference.

The new trade minister, Kajiyama, was formally sworn in during the afternoon by Emperor Naruhito. The 64-year-old assumes the same post briefly held by his late father Seiroku Kajiyama, a prominent lawmaker who also served as chief Cabinet secretary and justice minister in the 1990s.

"I'm filled with a sense of great responsibility, having been appointed at a time when there are so many issues that must be tackled," Kajiyama said in his first press conference since taking up the post.

Asked by a reporter to comment on Sugawara's scandal, he said the situation should serve as a reminder for politicians to be mindful of their actions.

"We need to straighten up," he said.

Kajiyama left a job at the now-defunct Power Reactor and Nuclear Fuel Development Corp. to work under his father as a secretary, eventually taking on his constituency in Ibaraki Prefecture. He is in his seventh term in the House of Representatives.

Kajiyama became a senior vice land minister in 2012 before taking the post of minister in charge of regional revitalization and regulatory reform in 2017.