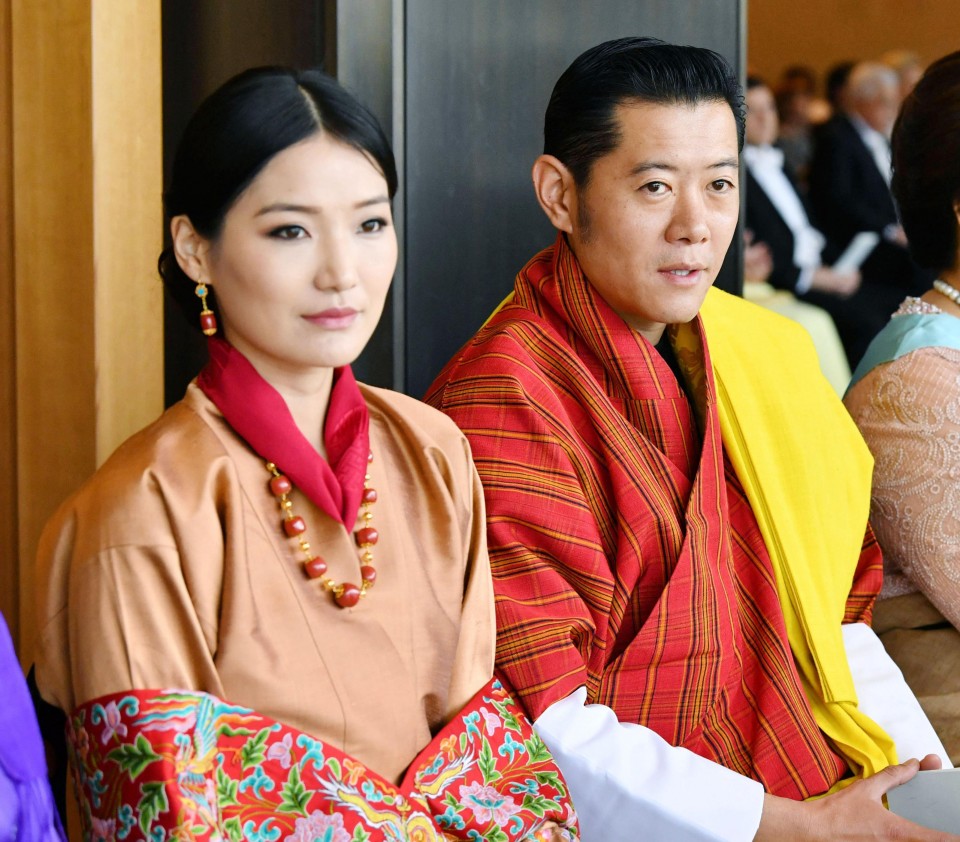 TOKYO - Prime Minister Shinzo Abe on Tuesday stressed the importance of the close bond between the Japanese imperial and Bhutanese royal families and expressed hope of further advancing bilateral ties.

Abe met with Bhutanese King Jigme Khesar Namgyel Wangchuck in Tokyo after both attended Emperor Naruhito's enthronement ceremony. The Japanese prime minister also held talks with the kings of Belgium, Malaysia and Cambodia to confirm the strength of bilateral ties.

"I welcome the fact that the momentum has been growing for economic cooperation and for the furthering of our traditional exchanges between the imperial and royal families," Abe told the Bhutanese king in a meeting, according to the Japanese Foreign Ministry.

King Jigme Khesar was quoted as telling Abe that he was glad to participate in the enthronement ceremony, adding Bhutan will continue to be Japan's "close friend." He expressed appreciation for Tokyo's assistance over the past three decades.

Japan and Bhutan opened diplomatic relations in 1986. Bilateral exchanges have increased ever since, including between the imperial and royal families.

Emperor Naruhito, then as a prince, visited Bhutan in 1987, and most recently, Prince Hisahito went to Bhutan in August on his first overseas trip, accompanied by his parents Crown Prince Fumihito and Crown Princess Kiko.

The last time the Bhutanese king visited Japan was in November 2011, the first state guest following a major earthquake and tsunami that hit Japan's northeastern part of Tohoku. Queen Jetsun Pema accompanied him.

In a flurry of diplomacy through Friday, Abe plans to meet with about 50 foreign representatives visiting Japan for the imperial ceremony.

The foreign dignitaries include Belgian King Philippe, who is visiting Japan for the first time since 2016 when he met with then-Emperor Akihito and Empress Michiko, who received him as a state guest. 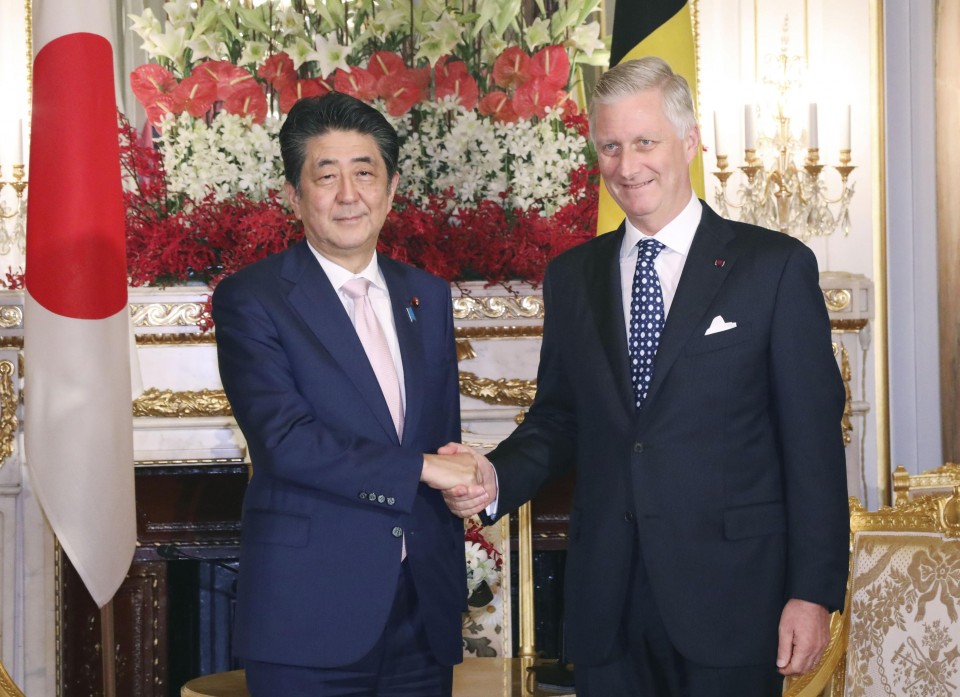 In a meeting with Malaysia's King Sultan Abdullah Sultan Ahmad Shah on Tuesday, Abe expressed hope that his visit to Japan will bring the people of the two countries closer, the Foreign Ministry said.

Wang told former Prime Minister Yasuo Fukuda on Tuesday that Sino-Japanese ties are in good shape and the two agreed that further exchanges between the two nations are important, Fukuda told reporters after their meeting at a Tokyo hotel.

The current status of the relationship comes in sharp contrast with that of Japan and South Korea that has worsened sharply over disputes related to compensation for wartime labor and trade.

Abe has not held talks with South Korean President Moon Jae In for more than a year, and it remains uncertain whether the envisaged Abe-Lee meeting will pave the way for a summit in the near future.

On the fringes of the enthronement ceremony, Abe has so far met nearly 30 foreign leaders, including Spain's King Felipe VI and former French President Nicolas Sarkozy.

In his first talks with Ukrainian President Volodymyr Zelenskyy on Monday, Abe supported Kiev's efforts to improve the situation in eastern Ukraine mired in a conflict with Russia and promote domestic reform, according to the Japanese ministry.