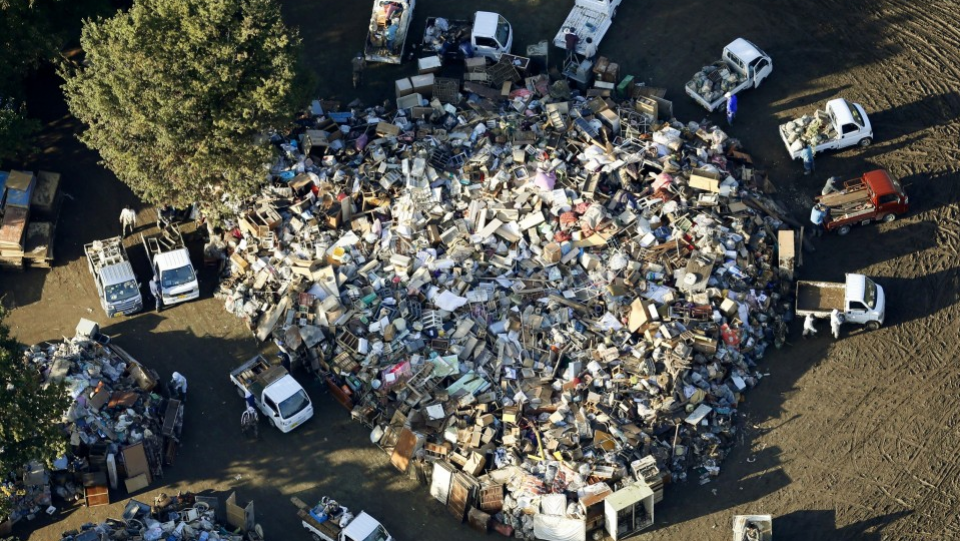 TOKYO - Japan's weather agency warned Friday of a possible secondary disaster in wide areas of the country already flooded by Typhoon Hagibis, as heavy downpours were forecast to hit over the weekend while recovery efforts continue.

The typhoon claimed the lives of at least 79 people, left some 2,400 homes heavily damaged or destroyed and inundated at least 25,000 hectares on the country's main island of Honshu, according to government data.

Of the 66 victims whose ages are known, 49 were over 60 years old. Of the 79 victims, nearly 50 died due to flooding and about a dozen due to landslides. 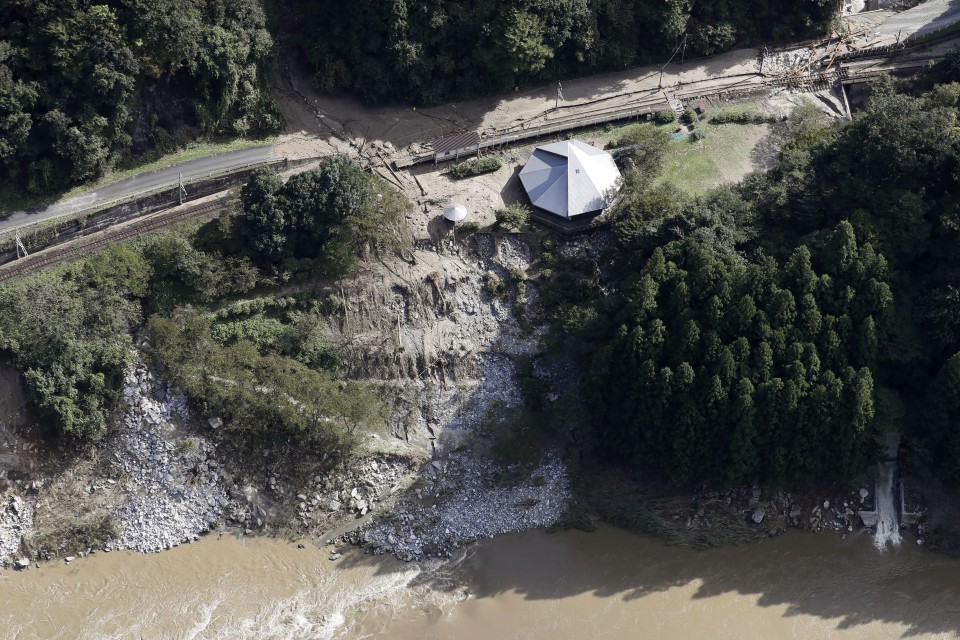 In the 24 hours to 6 a.m. Saturday, rainfall of up to 120 millimeters was expected in Shizuoka Prefecture, where the deadly typhoon made landfall last weekend, 100 mm in the Kanto-Koshin region covering Tokyo and 50 mm in the northeastern Japan region of Tohoku, according to the Japan Meteorological Agency.

The agency warned that even small amounts of rain can raise the risk of flooding and mudslides in the affected areas, and urged people to remain on the alert.

Some local governments issued evacuation orders or advisories ahead of expected heavy rain.

As of Friday afternoon, more than 3,900 people in 10 prefectures remained evacuated and over 600 people in six prefectures were isolated due to collapses of roads and bridges. 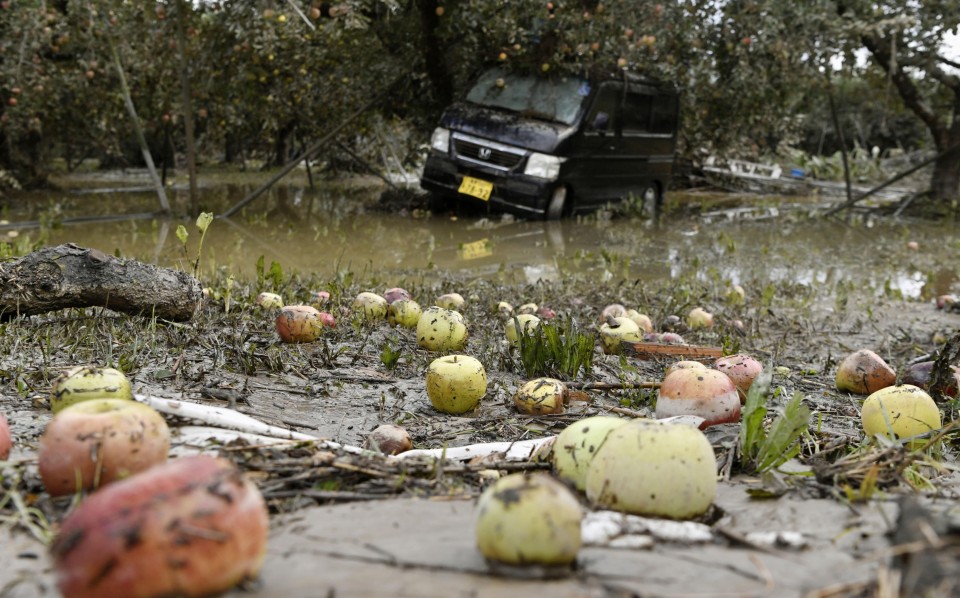 The infrastructure ministry said that by Monday it expects to finish emergency repair work on collapsed embankments at 12 locations along seven rivers.

The work involves placing concrete blocks on the embankments and piling soil over them, as well as using sandbags and tarps.

The ministry aims to fully rebuild the embankments by around next June after local bureaus set up panels to review construction methods.

The flooding along the Chikuma River in Nagano inundated 10 shinkansen bullet trains with a total 120 cars at East Japan Railway Co.'s railyard in the city.

The train operator said it expects to resume services along the entire Hokuriku Shinkansen line between Tokyo and Kanazawa stations from Oct. 25, although they will be at about 80 percent of the pre-typhoon level.

The swamped trains could be scrapped as the company has confirmed serious damage to their electrical systems, it said.

The flooding has also caused significant damage to the country's agriculture sector, with the farm ministry estimating it at 38.28 billion yen ($352 million) as of Friday morning, up from Thursday's estimate of 24.92 billion yen.

The ministry said the figure is expected to increase. 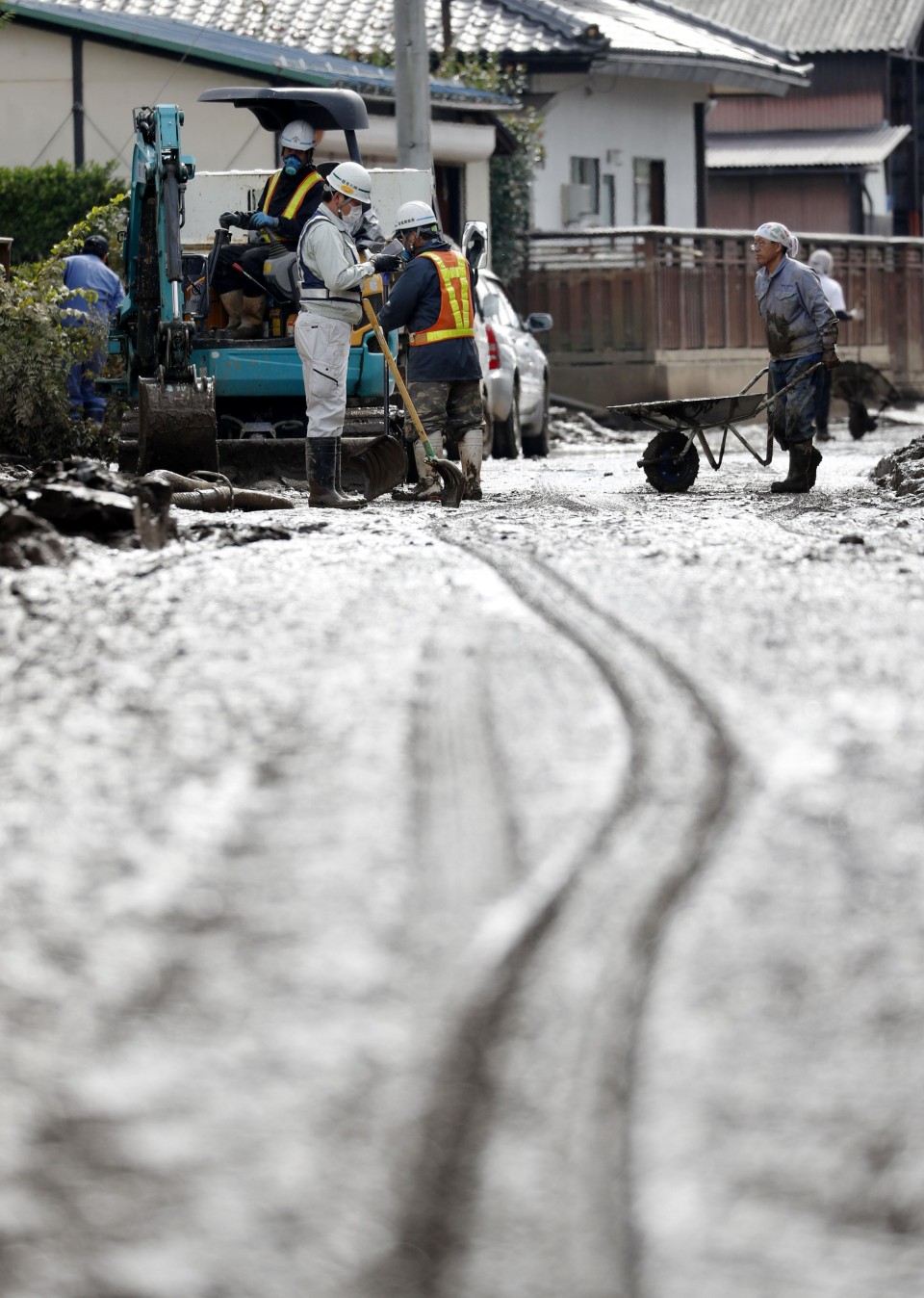