Kansai Electric Power Co. Chairman Makoto Yagi and four other executives on Wednesday stepped down to take responsibility for a scandal in which company executives received gifts from a former official of a town hosting one of its nuclear power plants.

"I would like to make clear my responsibility," Yagi, 69, said at a press conference in Osaka, adding the company failed to address the scandal because of a lack of corporate governance, leaving the problem for individual executives to handle on their own.

President Shigeki Iwane said he will resign when a third-party panel releases the results of its investigation into the scandal possibly by the end of December.

Kansai Electric said it will aim to restore public trust by changing its leadership as criticism has been growing over the shady ties between Japan's nuclear industry and local public officials, but the post of chairman will remain vacant for a while.

"I would like to exert my leadership in the company to find out all that happened (in the scandal) in an effort to revive the utility firm," Iwane, 66, said at the same press conference. 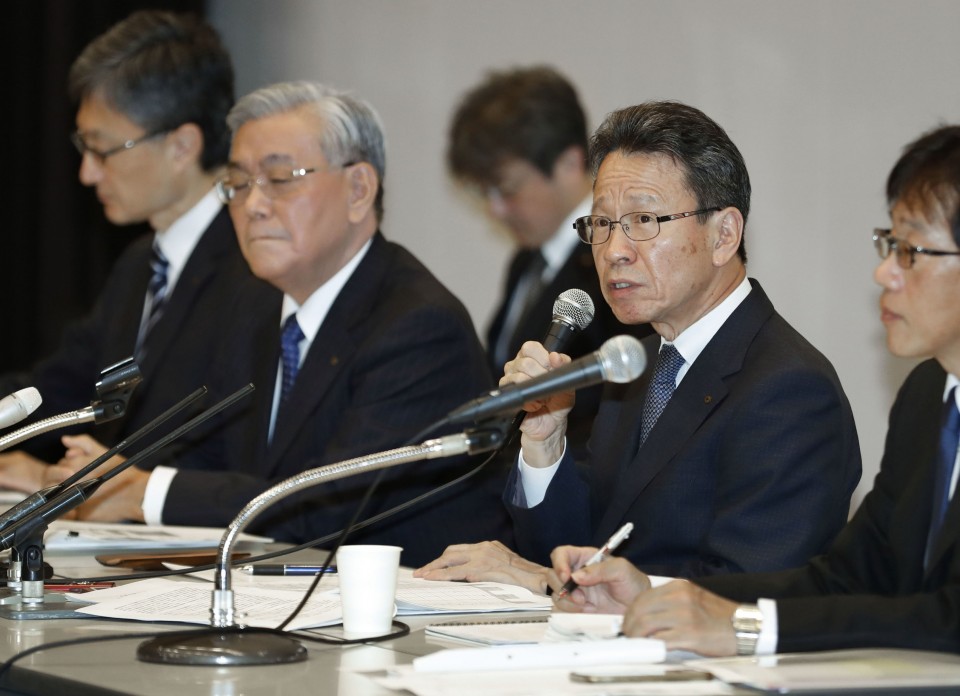 "We have received severe criticism from our customers and society," he said.

The four other executives include Executive Vice President Ikuo Morinaka, who has been involved in the nuclear power business at Kansai Electric.

Yagi also stepped down as vice chairman of the Kansai Economic Federation, a business lobby based in Osaka, western Japan, while Iwane gave up his chairmanship at the Federation of Electric Power Companies of Japan, an industry body based in Tokyo, according to the company.

Iwane said a new Kansai Electric president will be elected later by its board following the advice of its committee on personnel and remuneration.

Among possible candidates are executive vice presidents Takashi Morimoto and Toyokazu Misono, according to sources familiar with the matter.

After the scandal came to light in late September, both Yagi and Iwane initially refused to step down from their posts, but changed their minds following strong criticism from the public.

Asked about the impact of the scandal on its nuclear power plant operations, Iwane said, "I cannot answer that now."

In the scandal, 20 people -- including Yagi and Iwane -- at Kansai Electric received a total of 318.45 million yen ($2.9 million) worth of gifts from Eiji Moriyama, the late deputy mayor of Takahama town in Fukui Prefecture, central Japan, home of the company's Takahama nuclear power plant.

Morinaka had improperly received 40.6 million yen worth of gifts from Moriyama.

Utilities have built nuclear power plants at sites away from densely populated areas such as Tokyo and Osaka.

While safety concerns remain, particularly after the 2011 Fukushima nuclear disaster, the economic benefits of hosting such plants are often attractive for cash-strapped local governments.

Iwane assumed the presidency of Kansai Electric in 2016, succeeding Yagi.