The suspect in a deadly arson attack on a Kyoto Animation Co. studio -- since hospitalized with severe burns -- has started rehabilitation after his condition improved to the point where he can sit down, sources close to him said Tuesday.

Police have obtained an arrest warrant for Shinji Aoba, 41, on suspicion of murder and arson, among other charges, in the July 18 attack that killed 36 people. They have no prospect of arresting him until doctors determine that he can withstand confinement.

The suspect, who had been bedridden at an Osaka hospital, is now able to sit in a wheelchair and will later attempt walking. He can hold short conversations but has not spoken about the attack, the sources said.

Aoba has undergone multiple skin grafts and been in a stable condition since early August, they added.

The company's studio in Kyoto's Fushimi Ward, the center of its anime production, was set ablaze after Aoba is thought to have spread and ignited gasoline inside the three-story building, where 70 people were working.

The death toll from the attack, which also injured 33 people, rose to 36 last Friday after a female employee in her 20s died. She had been treated in hospital for severe burns. 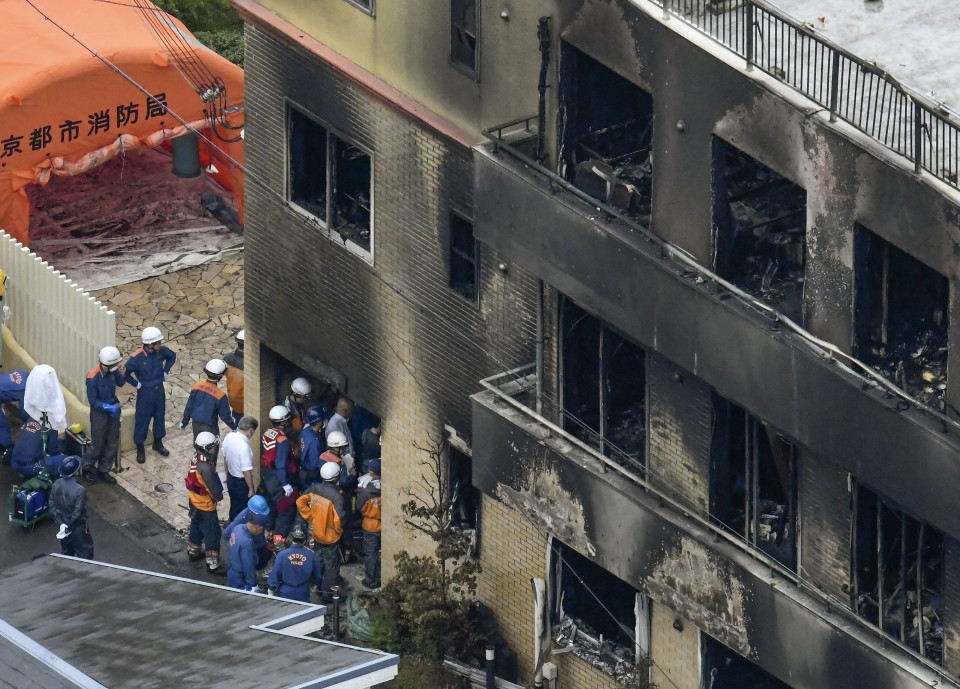