Emperor Naruhito and Empress Masako are scheduled to visit Ise Jingu, a Shinto shrine in Mie Prefecture, central Japan, and mausoleums of previous monarchs by the end of this year as part of the rituals marking the imperial succession.

Following the Nov. 14-15 Daijosai Great Thanksgiving Ceremony, a key rite to be performed by a new monarch once during his reign, the imperial couple will visit the shrine on Nov. 22-23 to ceremonially report the emperor's enthronement on May 1 to the ancestral deities of the imperial family enshrined there. 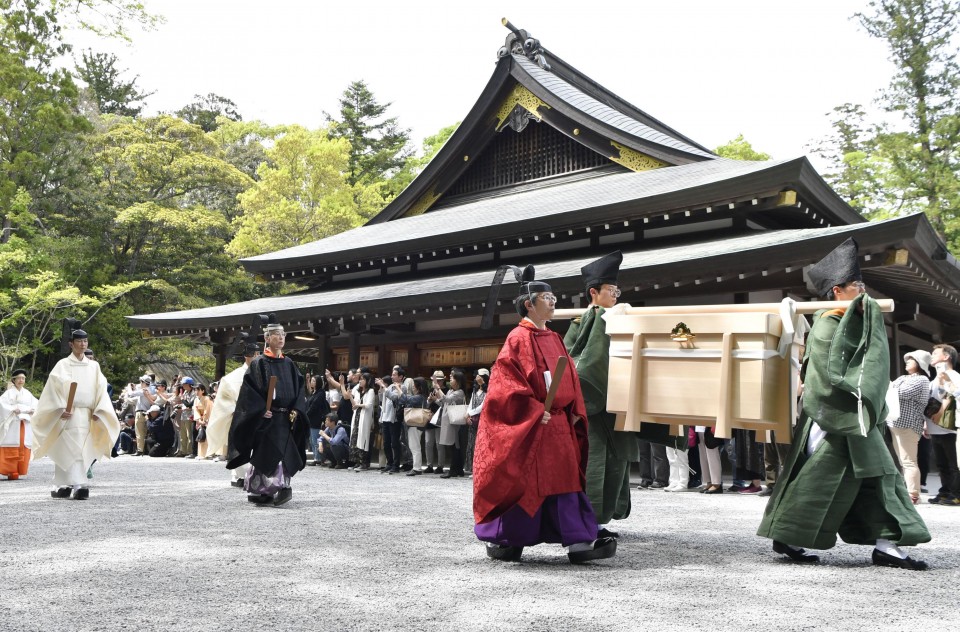 Ise Jingu is said to enshrine Amaterasu Omikami, the Shinto sun goddess and the mythical ancestral deity of the imperial family, as well as Toyouke no Omikami, the deity and guardian of food, housing and clothing as well as businesses.

At present, Sayako Kuroda, the emperor's younger sister who left the imperial household after marrying a commoner in 2005, serves as supreme priestess of the shrine.

On Nov. 27-28, the emperor and the empress will visit the mausoleums of Japan's legendary first leader Emperor Jimmu as well as Emperor Komei, who reigned in the 19th century, and Emperor Meiji (1852-1912) in Nara and Kyoto prefectures in western Japan. 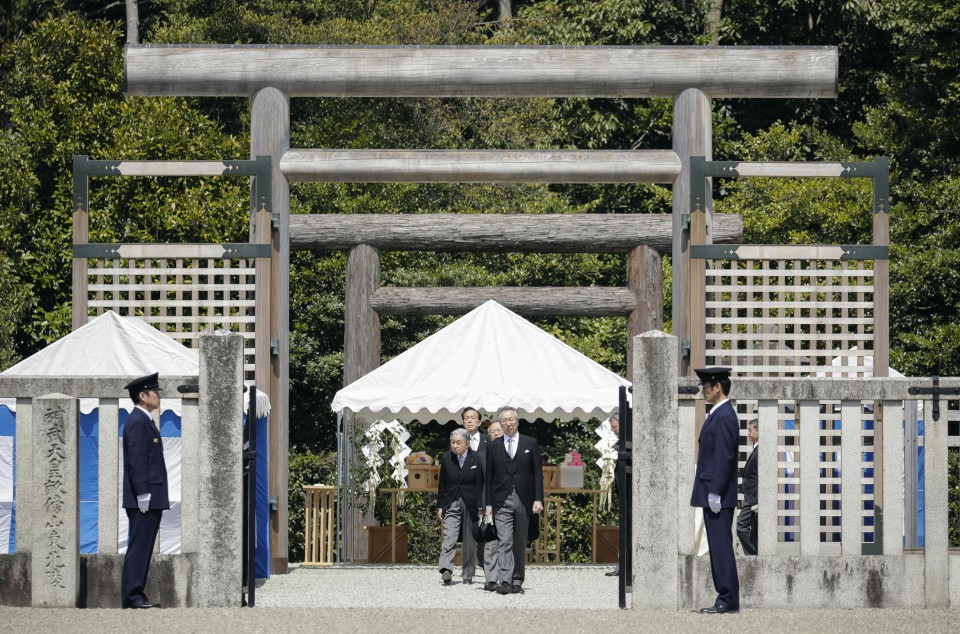 On Dec. 3, they will travel to the mausoleums of Emperor Taisho and Emperor Showa, great-grandfather and grandfather of Emperor Naruhito, in Hachioji on the outskirts of Tokyo.

At the Kyoto Imperial Palace, the couple will hold a tea party on Nov. 28, inviting representatives of various circles in western Japan.