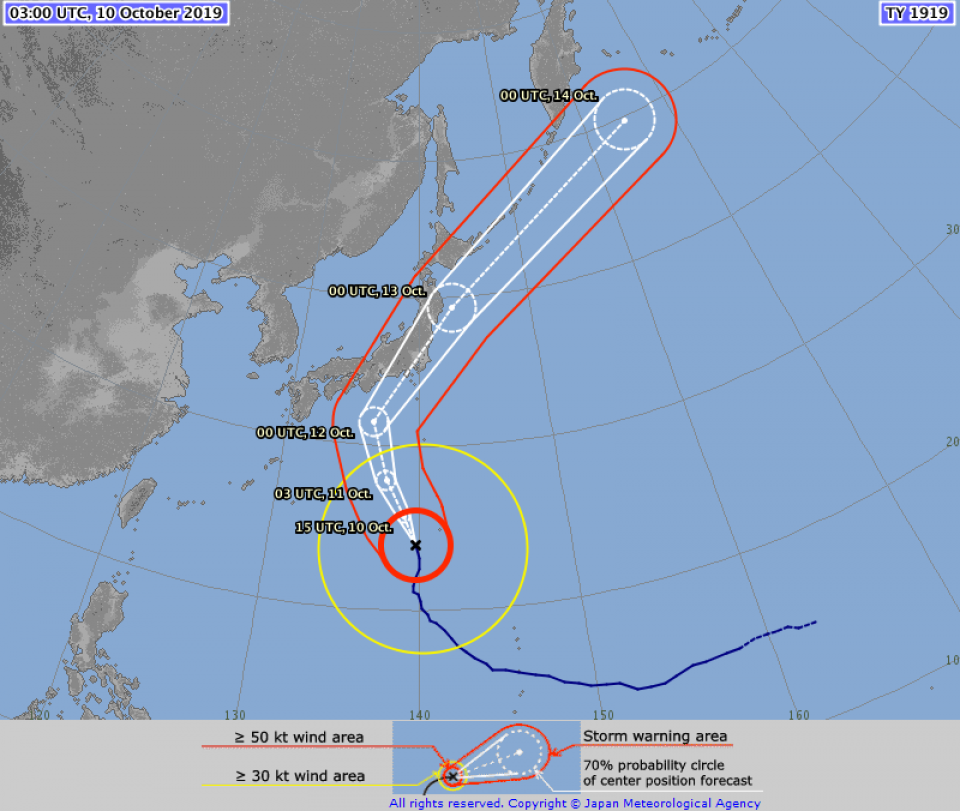 Typhoon Hagibis is expected to hit western and eastern Japan between Saturday and Sunday, the Japan Meteorological Agency said, urging people to take precautions so as to avoid potentially life-threatening danger.

As of midnight Wednesday, the season's 19th typhoon was traveling slowly over waters near the Ogasawara island chain in the Pacific with an atmospheric pressure of 915 hectopascals at its center, packing winds of up to 270 kilometers per hour.

Typhoon Hagibis is likely to gradually weaken as it moves northward due to cooler sea water temperatures.

Nonetheless, its strength upon reaching the Japanese archipelago is expected to be comparable to that of Typhoon Faxai, which caused massive power outages in Chiba Prefecture near Tokyo when it made landfall in September, or Typhoon Jebi, which flooded a terminal and a runway at Kansai International Airport in September last year.

The Pacific side of western and eastern Japan may see torrential rains from Friday until the typhoon passes as the agency warned of floods caused by the high waves and tides.

The Japan Rugby 2019 Organizing Committee met on Wednesday to consider holding matches at different stadiums that will not be affected by the typhoon.

Three matches are scheduled on Saturday and four on Sunday including Japan's final pool game against Scotland. The committee said it is likely to announce its decision on Thursday.