Rugby: Springbok Kolbe looking to get one up on old foes

South Africa wing Cheslin Kolbe is hoping his experience against Kotaro Matsushima and Kenki Fukuoka will hold him in good stead when the Springboks play Japan in Tokyo on Sunday in their Rugby World Cup quarterfinal.

Kolbe faced Matsushima back in 2012 in South Africa's domestic cup competition while the latter was still part of the Sharks set-up and came up against Fukuoka at the 2016 Rio Olympics' sevens bronze medal match. 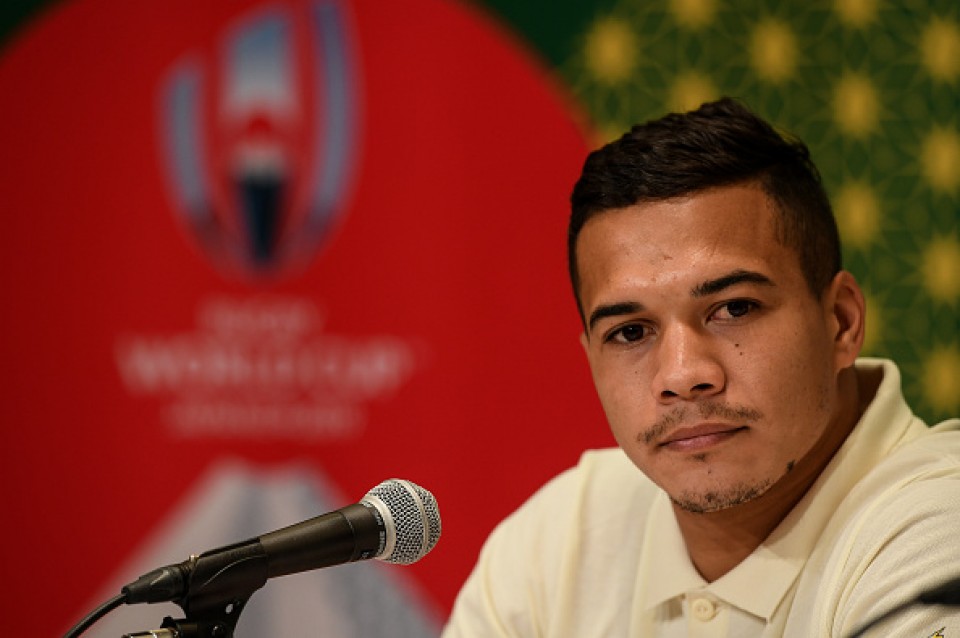 (Cheslin Kolbe during a South Africa press conference at the Keio Plaza Hotel Tokyo in Tokyo on Oct. 16, 2019.)[Sportsfile/Getty/Kyodo]

"Fukuoka has a lot of speed, is powerful and explosive. He is a good all-around player. I played against Matsushima in the Currie Cup and know what type of player he is. He likes to run with the ball and have freedom. It's going to be a good challenge."

Kolbe, like Fukuoka and Matsushima, is proving there is still a role for small men in rugby, and he reminded the media that "dynamite comes in small packages."

Matsushima has scored five tries to date, Fukuoka has touched down four times, while Kolbe's speed and dynamic footwork has lit up the tournament.

The Springbok flyer says Sunday's game will be very different from the two nations' September warm-up game in Kumagaya, won 41-7 by South Africa.

"We had a plan that we were focused on and implemented," Kolbe said. "But Japan through the pool stages have evolved and improved, especially their line speed in defense and in attacking the breakdown. They are much better than in September."

Like Kolbe, scrumhalf Herschel Jantjies said the Springboks needed to focus on themselves, particularly as the home crowd would make communication on the field difficult.

"Japan play a fast brand of rugby and it's important we don't lose our cool and stick to what we do best, control things and nullify what they do best," he said.

With the two teams going into the game having won one test each in their previous encounters, Kolbe is expecting a tight game.

"What will happen on Sunday is it will be down to the team and player that wants it the most, whoever is most desperate and willing to leave everything on the field."