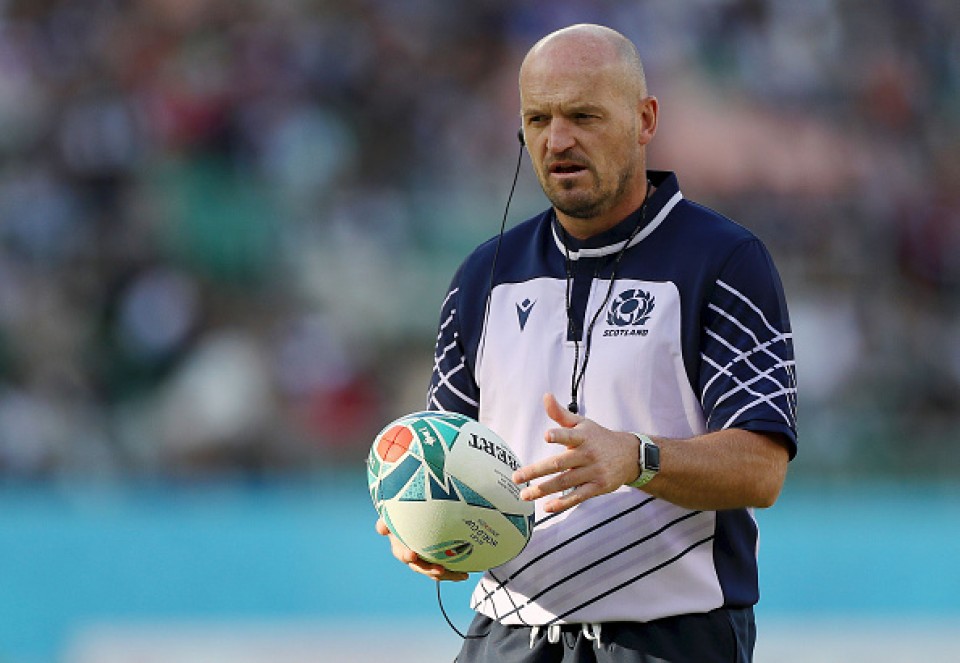 FUKUROI, Japan - Following a lackluster start to the Rugby World Cup, Scotland have hit a rich vein of form as they head into their final pool game with hosts Japan.

An opening weekend loss in which they were totally dominated by Ireland has been followed by two big wins over Samoa and Russia. And, perhaps just as importantly, they did not concede a point in either game.

"Credit to the players to keep going hard in defense," Scotland coach Gregor Townsend said following his side's 61-0 win over Russia on Wednesday.

"The last two games, the forwards have delivered, especially around the set piece."

Townsend was just as happy with his side's attack as they ran in nine tries to ensure they came away from Shizuoka Stadium Ecopa with five points.

"If we hadn't got a bonus point it would have made Sunday even more difficult," he said referring to his side's final Pool A game with Japan in Yokohama.

"And getting that excellent big score keeps things interesting for Saturday's game," when Ireland play Samoa.

Japan currently have 14 points, Ireland 11 and Scotland 10. Points difference will decide who wins the group if all three sides finish level on 15.

Like everyone else, Townsend said he does not know whether the game with Japan will go ahead given the approach of Typhoon Hagibis, but said he was "sure alternative venues and arrangements were being looked at."

Wherever and whenever the game is played, he said it would "be huge."

"Our focus now is on recovery, making sure that we get our preparation right for that game, and we get the selection right," he added.

"We've just got to make sure we deliver our best performance. We'll have to because Japan are a very good team."

"All aspects of our game will have to be spot on...and we will need to make the best use of the ball we have."

Having played and lost to both sides, Russia coach Lyn Jones was asked who he thought would win.

"The games we have played with Japan and Scotland have no comparison in terms of the occasion," he said.

"The motivation of the first day was massive for both sides. Japan are an incredible team, so tough to play against, and we did well against them."

"Scotland have speed and skill, if they can put the pace on and get outside Japan who knows what can happen. But Japan are so organized, well-drilled and frantic in defense."