Surf towns in Japan see opportunities ahead of Tokyo 2020

Surf towns across Japan are looking to ride a wave to economic revitalization ahead of the 2020 Tokyo Games, when surfing makes its Olympic debut.

Hoping to attract more tourists and stop population decline, these municipalities are hosting surfing events and setting up special websites to promote themselves as go-to destinations for surfing enthusiasts.

Ichinomiya in Chiba Prefecture, next to Tokyo, will host the Olympic surfing event. Located on the Pacific coastline, Tsurigasaki surfing beach draws many surfboarders during the early morning and late afternoon thanks to easy access from the center of the capital. The nearest station is JR Kazusa-Ichinomiya, about an hour by express from Tokyo Station.

Bunta Terada, a 13-year-old junior high school student, goes there almost every day in season from his home in neighboring Isumi city. According to the teen surfer, the coast has "good waves" for Japan's top competitors to hone their skills.

About 600,000 surfers a year visit Ichinomiya, which has a population of 12,000. It hosts an international competition for professional athletes from around the world every year, and has seen a steady rise in its profile.

In October 2015, the local government worked out a comprehensive town-building strategy centering on "Surfonomics" -- or the economic effects of surfing.

It has created a "surf street" along the beach dotted with surf shops and restaurants. An information center that opened in April 2018 rents surfboards and bicycles for people to carry their gear.

"The Olympics is a significant opportunity for us," said Ichinomiya mayor Masaya Mabuchi, 61, who expects to see an increase in the number of foreign surfers. "I hope we can use the economic effects of surfing to revitalize other industries." 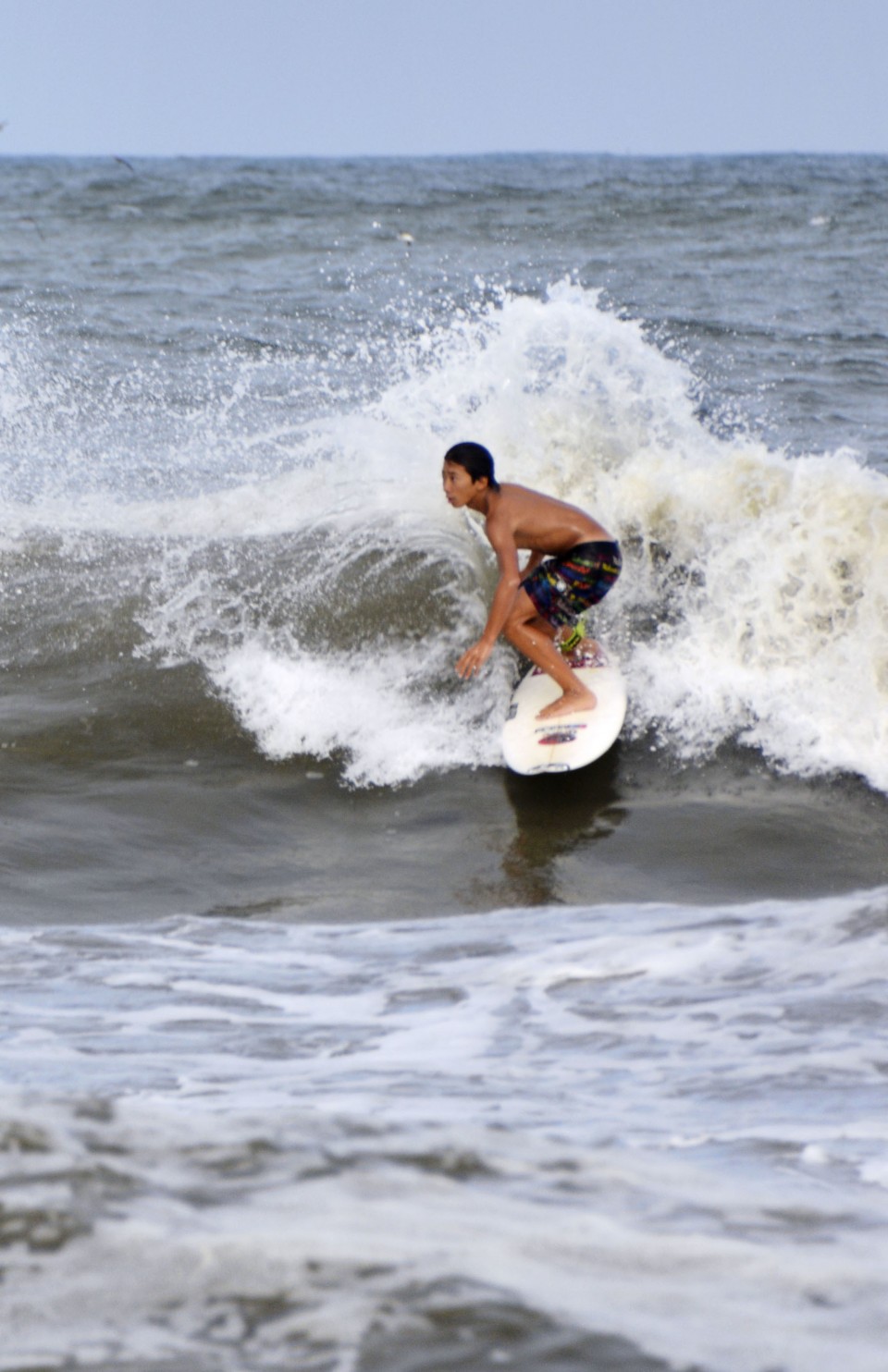 Hyuga in Miyazaki Prefecture on the southwestern main island of Kyushu has pursued an initiative dubbed "Relax Surf Town Hyuga" since December 2016.

Boasting a warm climate, the city has one of the nation's most popular surfing spots. In 2017, the latest year for which figures were available, it attracted more than 300,000 surfers and beachgoers, up from 200,000 in 2012.

It regularly releases promotional videos on a special website and uploads images of the Hyuga coastline on social media. It is working hard to attract surfing events as it looks to capitalize on surfing's Olympic debut.

"First of all, we hope people will get to know Hyuga City, seizing on the opportunity created by surfing," a city official said.

Makinohara in Shizuoka Prefecture, central Japan, lost out to Ichinomiya in the bid to be selected as the Olympic surfing venue, but it was chosen to host pre-games training for the U.S. and other surfing teams.

The city on the Pacific coast organizes surfing lessons for elementary school students to familiarize people with the sport from an early age.

Another spot known for the quality of its waves is Niijima Island. Part of the Izu Islands, Niijima takes about two and a half hours to reach from Tokyo by high-speed jet ferry or 35 minutes by air.

Niijima used to host international surfing competitions and is trying to boost the remote island's economy by wooing back surfers.

The move appears to be succeeding as the annual domestic surfing competitions and festivals it hosts have led to an increase in the number of people visiting for surfing in recent years.

"The beautiful ocean is the pride of the island," an official said. "We hope more people will come and enjoy surfing."