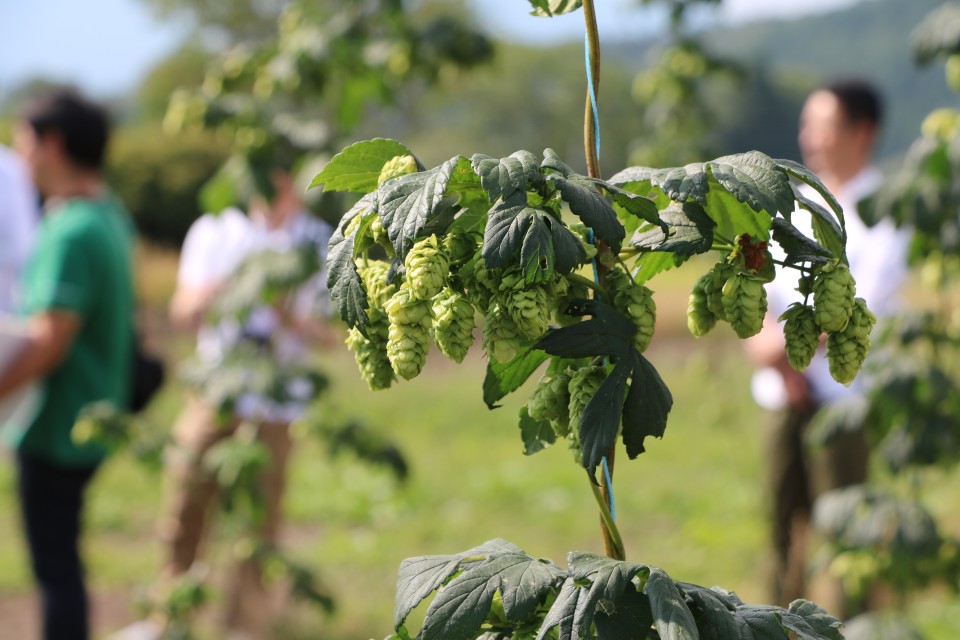 TONO, Japan - Encouraged by a recent craft beer boom, the city of Tono in the northeastern Japan prefecture of Iwate has been welcoming outsiders wanting to try new ways to revive the local hop-growing industry and transform the community into a "beer town."

Japan imports about 95 percent of hops for domestic beer production from such countries as Germany. For the remaining 5 percent, Tono plays a key role as it accounts for about 20 percent of the country's total output.

But the hop-farming industry in the city with a population of about 27,000, which was largely unscathed by the 2011 earthquake and tsunami, has been hit by a decreasing number of farmers due to aging, lack of successors and an influx of cheap imports.

Its hop output has plunged about 80 percent over the past 30 years along with declines in the country's whole production.

One of those outsiders tackling the issue is Atsushi Yoshida, 46, hailing from Yokohama, who established Beer Experience Co. in February 2018. 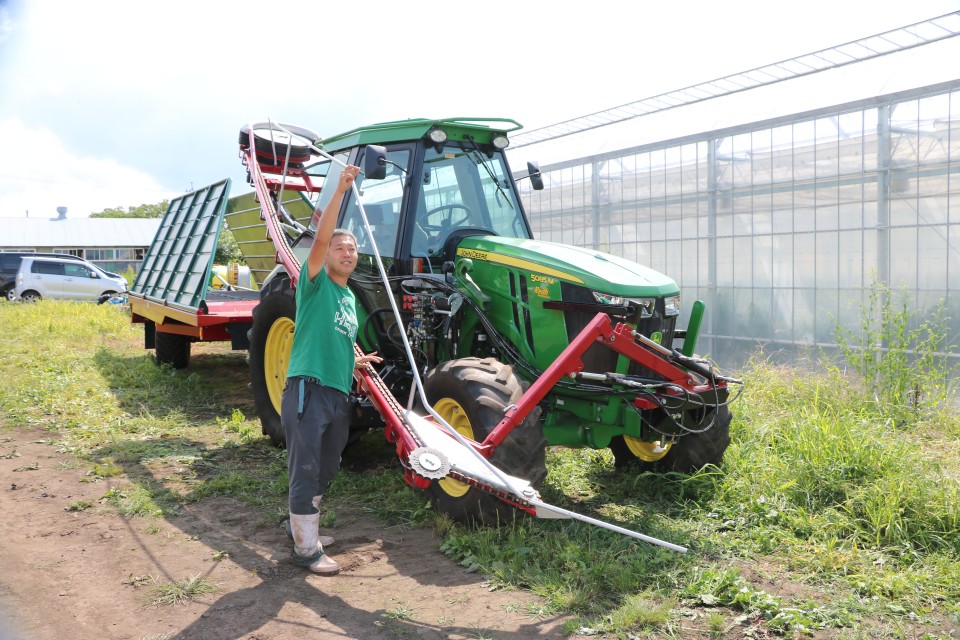 "By putting efforts into hop production and other activities, I want to realize a situation in which everyone from all over Japan and the world will associate beer with Tono," said Yoshida.

The former ad agency worker moved to his wife's hometown of Tono in 2008 "to do farming" and first focused on growing padron peppers, a popular type of pepper often eaten as a snack to complement beer in Spain, because he "just wanted to do something that hardly anyone in Japan had tried."

Yoshida began cultivating hops in 2015, two years after he first met Ryuhei Asai, 38, an employee of Kirin Holdings Co., one of Japan's largest breweries, through a training program the company offered for local agricultural managers. 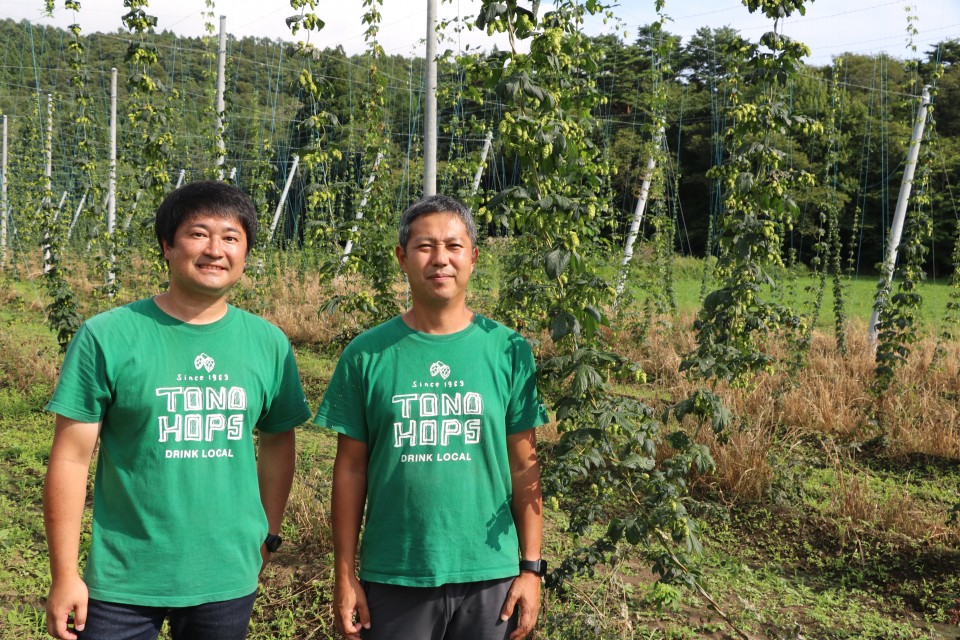 Kirin's program was aimed at supporting the Tohoku region's recovery from the March 2011 disaster, although hop production in Tono did not suffer direct damage.

Asai, a native of Iwate, said he feared people "probably won't be able to drink beer made of Japanese hops in the near future" when he came back to his home prefecture and learned of the hop industry's predicament.

After discussing how to increase sales of Yoshida's products, they came up with the idea of promoting Tono as a "hometown of beer" in cooperation with the city and Kirin by revitalizing the hop industry, together with other specialties such as padron peppers. Yoshida was sold on the plan for hop farming.

Hop cones -- the unpollinated female flowers of the hop plant harvested in August and September -- are known as "the spirit of beer" and are added in the manufacturing process. They not only create the distinctive bitterness in the alcoholic beverage and aroma but also sterilize, stabilize the beer head, and improve preservability.

But the crops are quick to spoil due to their high water content, so they are normally dried at a processing plant just after the harvest.

The hops are thrown into wort, which is made from malt and water and fermented at a low temperature by yeast, and then put into cold storage for aging for up to two months. The malt liquor is filtered before being bottled or canned.

The perennial herb plant has "bines" or long and flexible stems from underground roots that climb while growing to tall trellises.

One of the challenges for Yoshida was to streamline farm work. In 2017, he became aware Tono needed a more mechanized hop production method during his trip to Hallertau, one of the world's major hop-growing areas in southern Germany, which produces over 100 times more hops than Japan.

"I thought even if the number of farmers continues to decline, we might be able to maintain the amount of Japanese hop yields by increasing the acreage per farmer through mechanization and field consolidation," said Yoshida.

After importing a set of large-sized machines from Germany at a cost of 25 million yen ($230,000), Yoshida redesigned part of his fields and replaced trellis pillars with sturdier ones, reducing their number such that broader spaces are created between them to allow the machines to enter.

By adopting the German method, the number of days needed for trimming old bines away from the rootstock, indispensable for starting the year's cultivation in April, is reduced to about a seventh, and only one worker is required for harvesting, compared with three to seven under conventional methods, according to Yoshida.

This fall's harvest at the 1-hectare field was only "a small quantity" with the start of the year's cultivation pushed back from April to June as it took time to install new trellises. 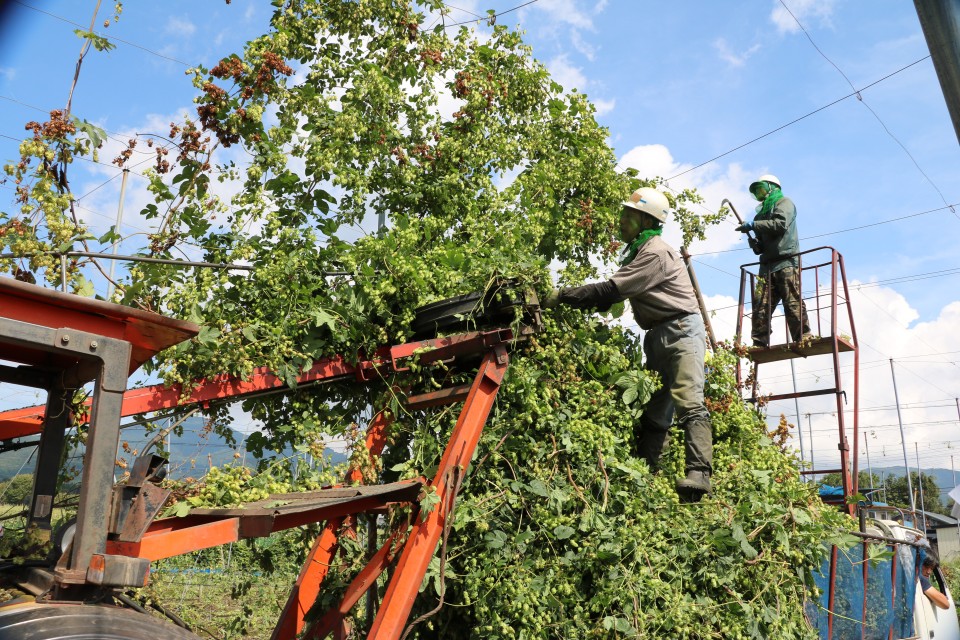 Nevertheless, Yoshida's company plans to continue streamlining efforts by gradually enlarging its cultivation area to 8 hectares in 2026 through farmland consolidation.

"I surely made a new start, but the real challenge will come next year," said Yoshida. "Of course I feel a bit uneasy because I use machines which nobody in Japan has used before. But it's my mission to show other farmers that the German way can produce a successful business and energize Tono."

Areas which have a cool climate and a certain temperature difference between nights and days are said to be more suitable for hop farming, and Ethiopia, Germany and the United States are known as major hop producers. In Japan, over 90 percent of the output is from the Tohoku region including Iwate.

But hop yields in Japan have halved over the past decade from 446 tons in 2008 to 202 tons in 2018, according to the national farmers' association, with many quitting production. The amount was only a fraction of the 4,000-ton imports in 2018, government data showed.

Along with the Tono city government and others, Yoshida's company holds a harvest festival every August to develop more beer fans. This year, 12,000 people joined the event to enjoy locally brewed beer, with the number of visitors increasing nearly five-fold from 2015 when it was held for the first time.

Asai, currently on loan to Beer Experience as vice president, said the start of the event and the company's attempt to revive hop farming is "well-timed" to the growing popularity of craft beers in Japan, which are made by small breweries and characterized by their unique flavors.

The craft beer market doubled in the past five years while total beer sales in Japan remained sluggish, with consumers shifting to other alcoholic drinks, according to Kirin. The boom has been boosting the popularity of made-in-Japan hops due to their freshness, it added.

Under such circumstances, Tono has also attracted outsiders who want to try out beer brewing.

Daisuke Hakamada, 31, former manager of a Uniqlo casual clothing store operated by Fast Retailing Co., moved to the city in April 2017 and opened "Tono Brewing Taproom," a small brewery and restaurant, in May last year with two other newcomers. 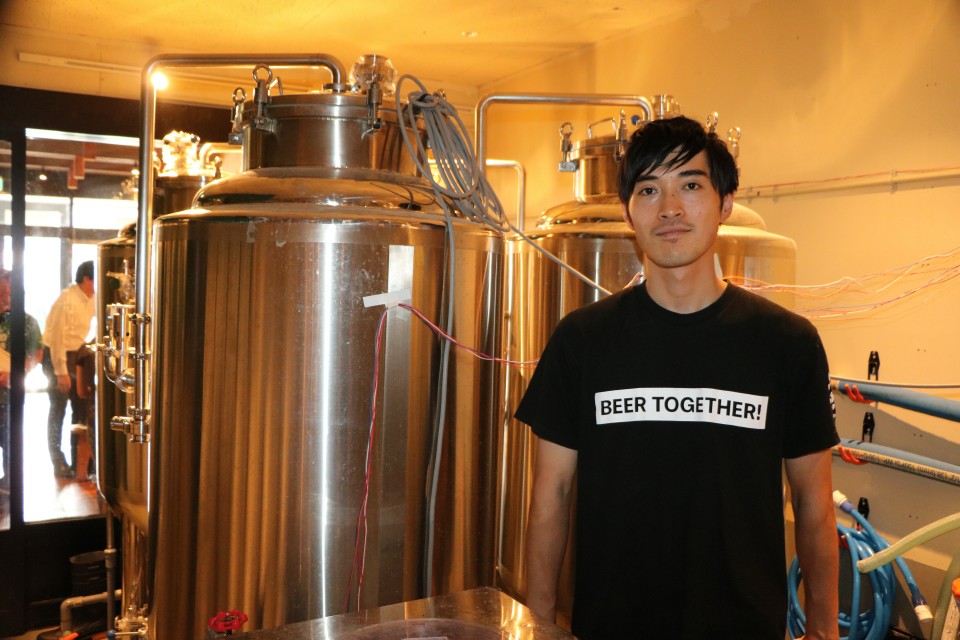 "I just wanted to make beer which I love drinking, and serve it directly to guests," said Hakamada, who originates from the northeastern Japan prefecture of Aomori. "Here in Tono, we can use just-picked hops (without drying them), which enables us to create unique beer with a fresh flavor."

About 8,000 people visited his outlet in the first year, and Hakamada expects more than 10,000 guests the following year. "What has impressed me is that more people seem to come to Tono only to enjoy drinking beer," he said.

The brewery is also working on some "experimental" sorts of beer using local ingredients such as white birch sap.

"We're aiming to be deeply rooted in the local community," said Hakamada. "So I hope we can contribute to the development of Tono by connecting good local ingredients with beer, and by creating jobs." 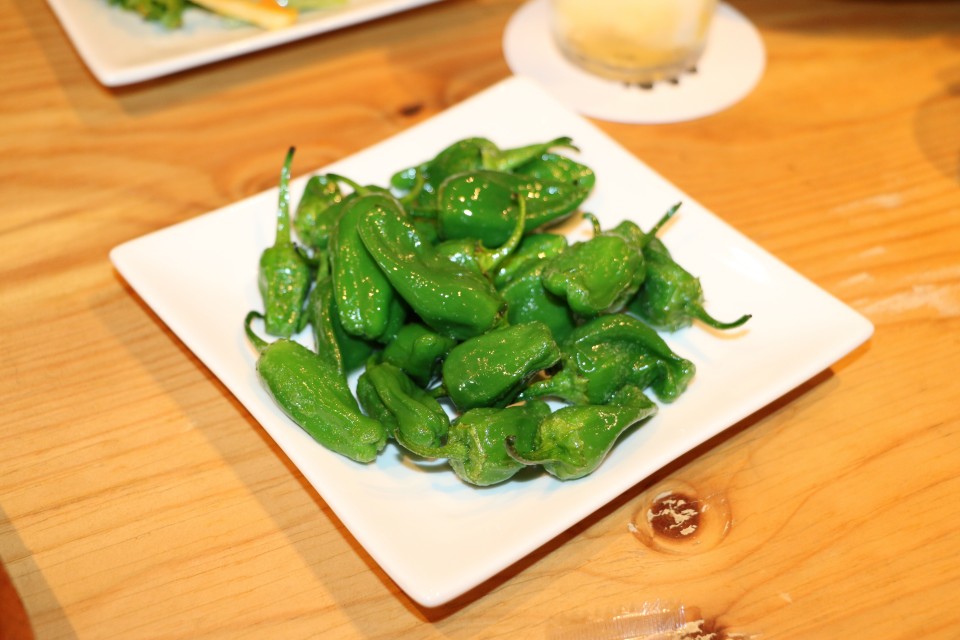 Shiitake farmer looking to build on her mushrooming success