Tokyo's Shibuya abuzz with costumes on weekend before Halloween

Shibuya was brimming with superheroes and otherworldly creatures on Saturday night as costumed revelers congregated in one of Tokyo's major entertainment districts on the weekend before Halloween.

While the area around Shibuya's iconic scramble crossing continued to fill with many Halloween revelers -- with some in wacky costumes -- as the night went on, riot police were dispatched there to ensure public safety, especially after the overturning of a small truck led to the arrests of several men in their 20s last year. 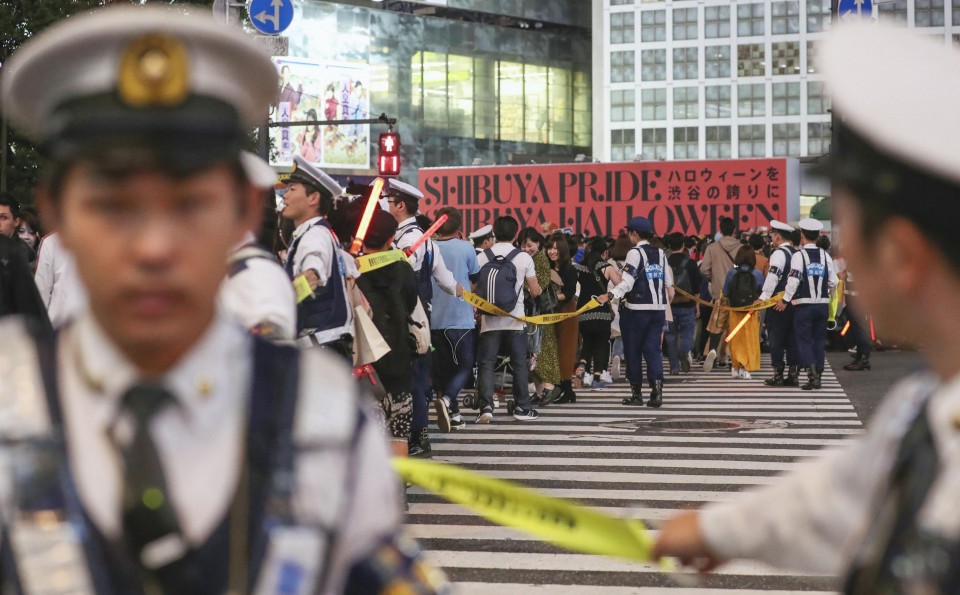 The police and special police officers dubbed "DJ police," who aim to marshal crowds with a spirit of goodwill, will also be present on Halloween night on Thursday.

"It's very fun," said Steven Clark, an Australian resident of Tokyo at the event on the ninth floor of the Shibuya Hikarie skyscraper.

Dressed as Ryu from the video game "Street Fighter," he was accompanied by his Japanese partner who was dressed as Chun-Li, another character from the game. 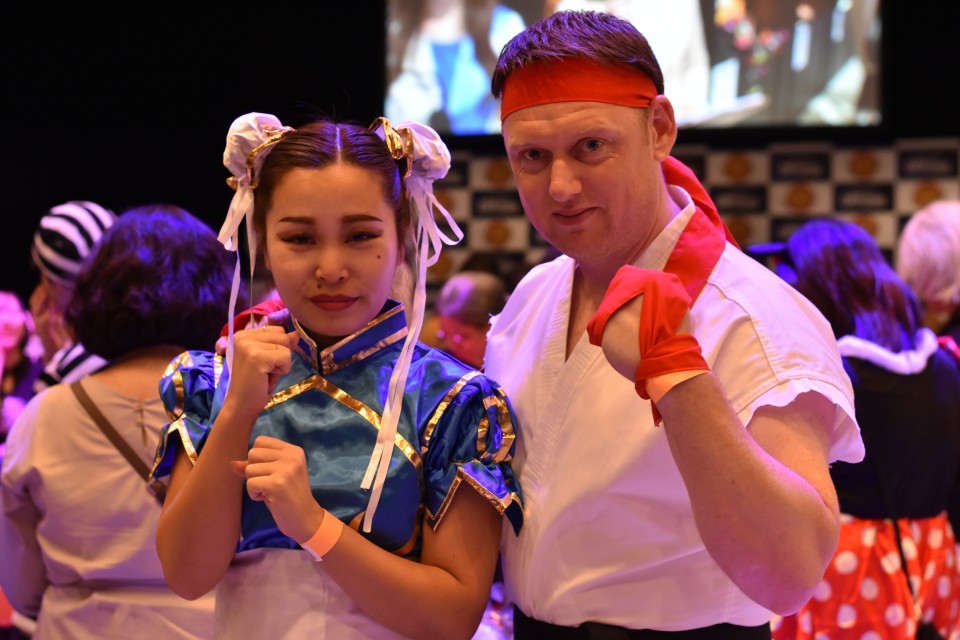 The grand prize of 300,000 yen worth of Tokyu Group shopping vouchers went to an elaborate kabuki-themed outfit complete with a giant frame on wheels.

Bobby Okinaka, a 50-year-old American who has lived in Japan for 10 years, won third prize for his original "zombie sushi" costume. He was awarded an Asahi Beer gift set worth 100,000 yen. 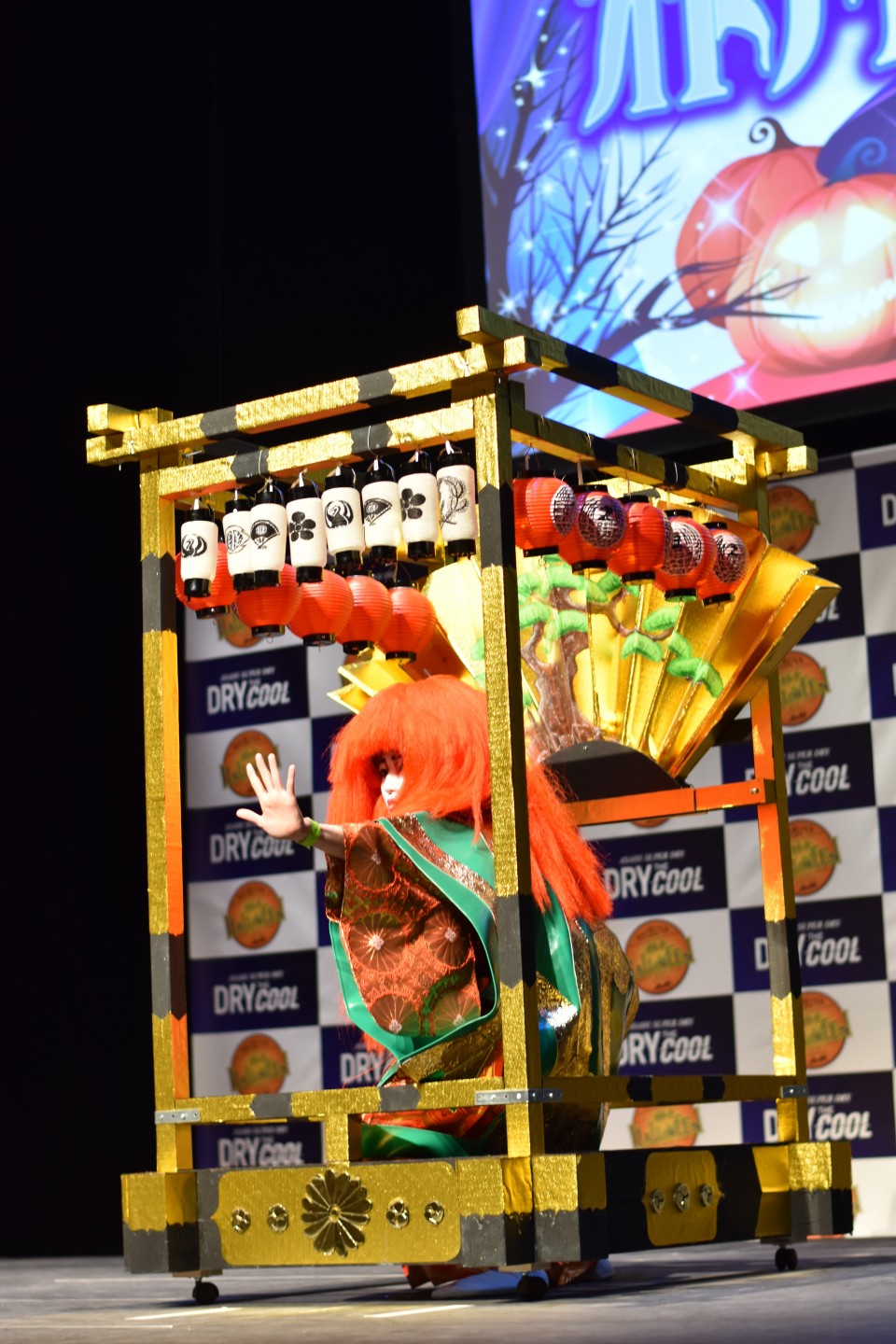 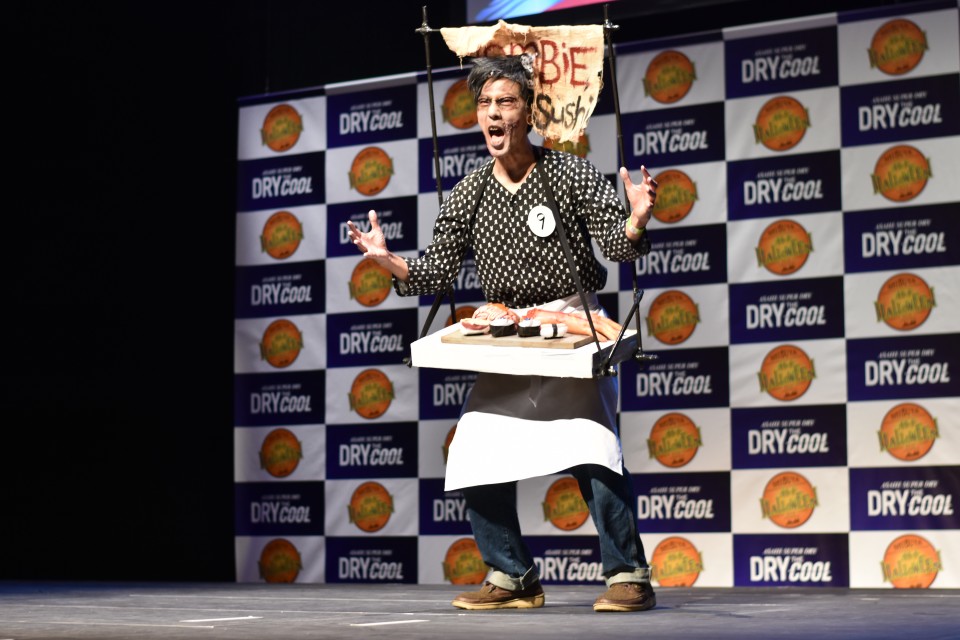 "Everything I made was from the 100 yen shop," Okinaka said, as he lifted up parts of his costume, including a finger sushi and eyeballs.

He explained that he had been waiting to redeem himself ever since failing to claim his $1,000 first prize at a different Halloween party years ago because he left too early.

A serving of any of the 30 different dishes and drinks could be exchanged for a ticket costing 250 yen each, of which pair sets were sold at the door. Popular stalls included Halloween cookies in a tin can and pumpkin chicken curry fried rice.

Attendees then voted for their favorite dish by writing its number on a leaflet and dropping it in a box. The event was restricted to those aged 20 or older due to alcohol being served on site. 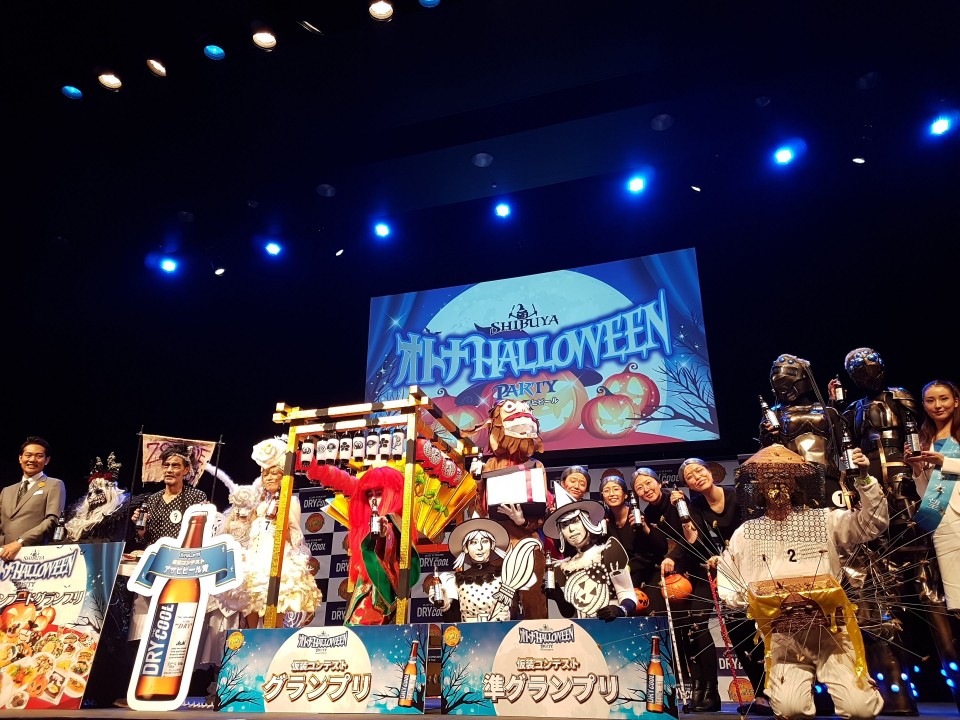 Shibuya Ward announced it would ban street drinking in areas near JR Shibuya Station during Halloween and the previous weekend.

The ordinance took effect from 6 p.m. to 5 a.m. on Friday and Saturday and will be enforced again on Sunday from 6 p.m. to midnight, as well as on Halloween night.

Although no penalties are stipulated for offenders in the ordinance, ward officials will patrol the area in groups of three to reprimand those violating the ban.

Forty-one stores in the area, including convenience stores and MEGA Don Quijote, were also asked to refrain from selling alcohol on Saturday night and Halloween. 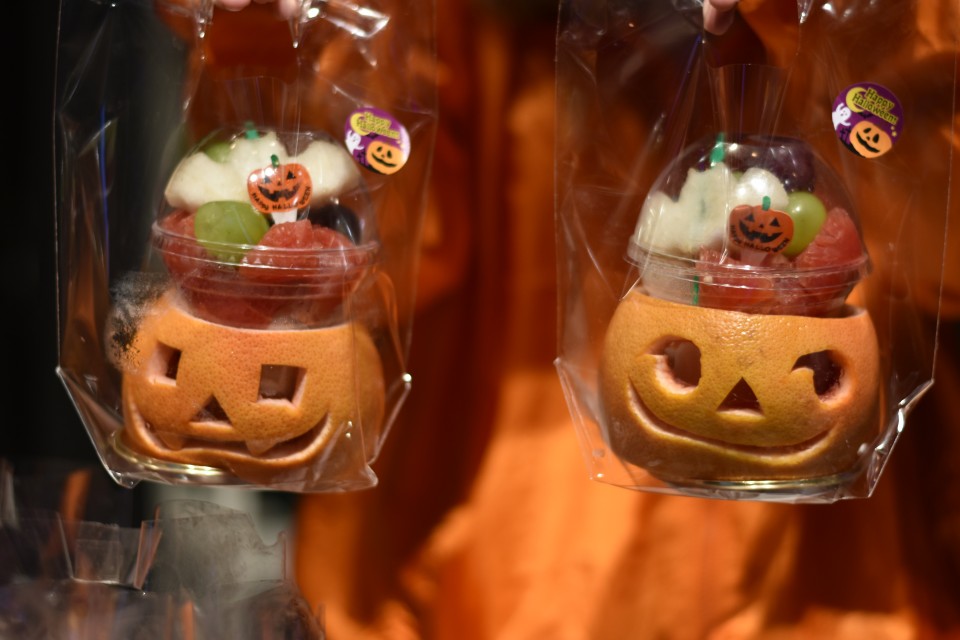