The number of South Korean visitors to Japan plunged nearly 60 percent in September from a year earlier, following a 48.0 percent tumble in August, amid frayed ties over wartime history and trade policy, government data showed Wednesday.

The estimated number of South Korean tourists fell 58.1 percent to 201,200 in the reporting month, the sharpest drop since May 2011 when the figure plummeted 58.3 percent after the earthquake and tsunami devastated the country on March 11 of that year, the Japan Tourism Agency said. 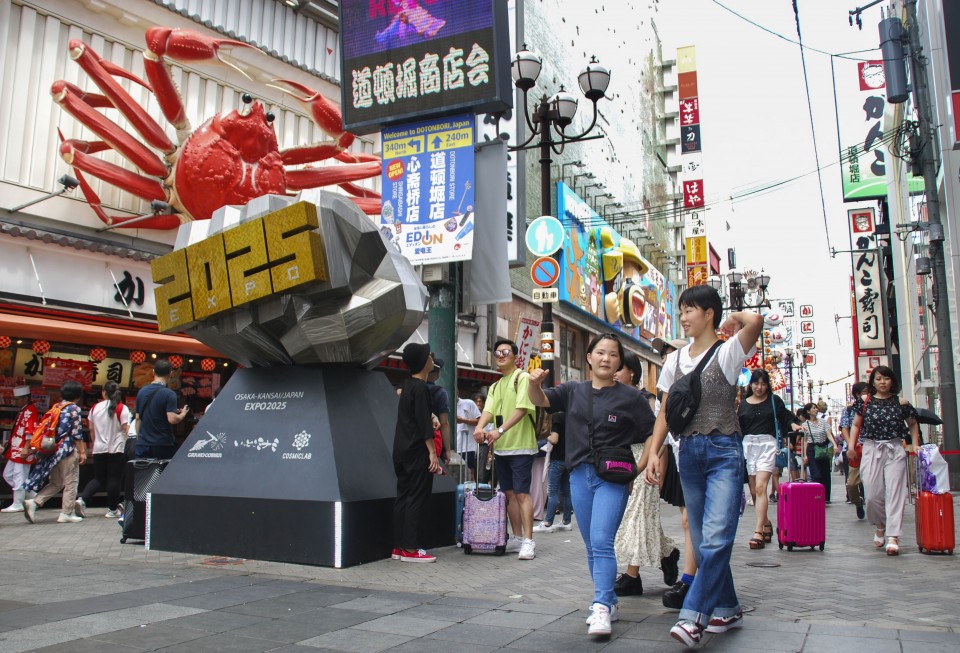 But the goal has been overshadowed by the deteriorating Tokyo-Seoul relations, which have prompted some airlines to suspend services connecting the two countries.

The impact of Typhoon Hagibis, which struck Japan last weekend and killed over 70 people, could also keep overseas tourists from visiting Japan.

In September last year, the number of overall foreign visitors marked the first year-on-year decrease since 2013, affected by a major earthquake on Japan's northernmost main island of Hokkaido and a powerful typhoon that temporarily shut down Kansai International Airport in Osaka.

Foreign visitors totaled 24.42 million in the first nine months of the year, up 4.0 percent from the same period last year.

The bilateral ties have worsened sharply since South Korean court rulings ordered Japanese firms late last year to compensate for wartime labor during Japan's colonial rule of the Korean Peninsula between 1910 and 1945. Japan maintains its position that the issue of compensation was settled by a 1965 bilateral agreement.

The row has escalated in recent months into a tit-for-tat trade dispute, prompting both governments to revoke each other's preferential status as trade partners for the purchase of goods.

Japanese travelers to South Korea increased 1.5 percent to 253,000 in September, according to the South Korean Justice Ministry.

The rugby tournament boosted tourists from European and Oceanian countries, with Britain up 84.4 percent at 49,600, France up 31.6 percent at 26,500 and Australia up 24.4 percent at 60,500. The number of visitors from the 19 foreign countries and regions participating in the tournament rose 36.2 percent on average, according to the agency.

Spending by foreign visitors in the quarter to September increased 9.0 percent from the same period a year earlier to 1.2 trillion yen ($11 billion).

Tourists from South Korea spent 91.5 billion yen in the quarter, down 32.4 percent. But the drop was offset by a 22.3 percent rise in spending by Chinese visitors to 505.1 billion yen.