Among the many thousands of spectators packing into Rugby World Cup venues, one Japanese fan has been standing out from the crowd by donning unique team "jerseys" comprised entirely of body paint.

"Bak-san," whose real name is Hiroshi Moriyama, has been attending games with his upper body painted in the colors of one of the teams playing, and has become a social media sensation both in Japan and abroad.

"I started doing this five years ago to give the World Cup a boost. The tournament is like a festival, and everybody comes to watch the games to enjoy it," he said.

Wherever Bak-san goes, a huge line of fans follow to get a glimpse of him and ask for photographs and handshakes. Ahead of the Pool A match between Japan and Samoa on Saturday, he sported a red-and-white Brave Blossoms jersey that took his wife Rika two hours to paint. 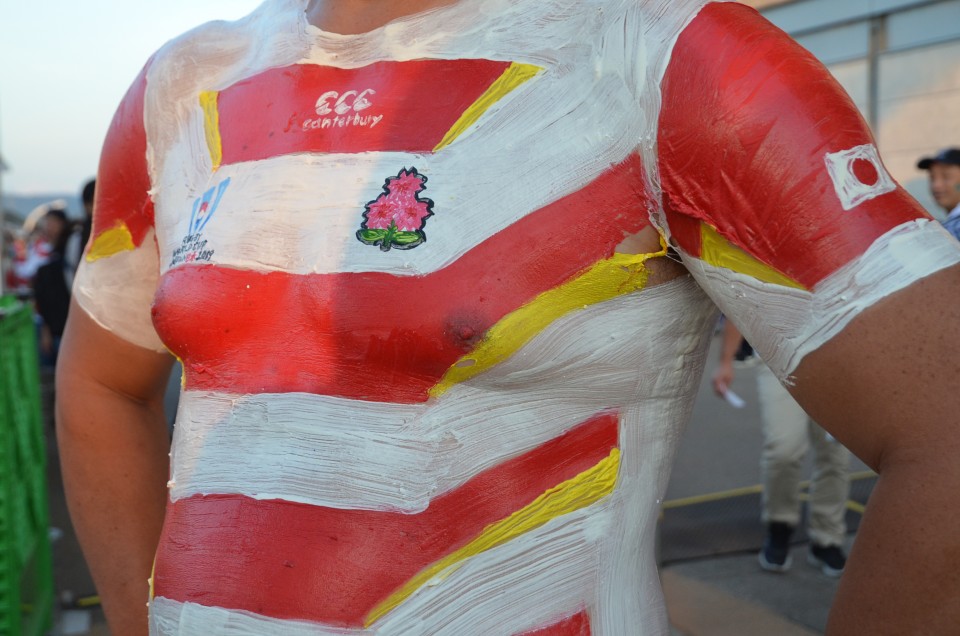 "People tell me that they've seen me on TV or online, and it's quite fun," he said. "I'm glad that the tournament has picked up momentum, but I really hope (the enthusiasm for rugby) doesn't end once the tournament is over. I started with the hope of boosting rugby's presence in Japan."

The 53-year-old, who played rugby at high school and university, aims to wear the jerseys of all 20 teams competing at the sport's showpiece event. He will take time off from work in order to watch 27 of the 48 matches from the stands.

While the front of his torso bears a faithful recreation of the team jersey, he adds a short message addressing the players or fans on the back.

He sometimes asks for suggestions from fans from abroad when he does not know a country's language. 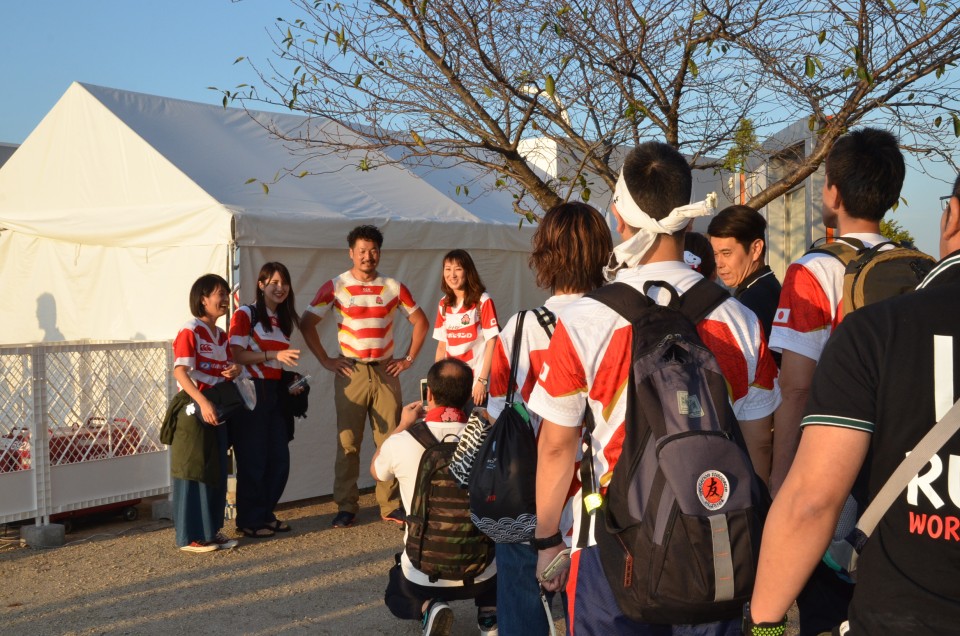 Spectators who see him are often surprised at the quality of the painting.

"When I saw him up close, all the details including the cherry blossom emblem on his chest looked so real," said Yoshihisa Shinohara, who took a photograph with Bak-san before the match.

"I didn't know what was going on at first, because there was a huge line. I'm really excited even before the kickoff."

Bak-san, however, keeps cool about his popularity.

"What matters is how rugby will develop in the country after the tournament. Whether the stands at rugby games will still be full of fans after the World Cup," he said.