Defense Minister Taro Kono apologized Tuesday for joking about his "rain man" moniker at a time when Japan is reeling from the impact of multiple typhoons in recent months.

"I would like to apologize to all those to whom I caused offense," he told an upper house committee on foreign and defense affairs, referencing the joke he made at a fundraiser on Monday.

"I was often called 'ame-otoko' by local residents," Kono joked in his address at the event, using a term meaning a man who seems to attract rain wherever he goes. "Since I became defense minister, there have already been three typhoons."

While explaining himself to the Diet committee, the former foreign minister said his intention was to bring attention to "the Self-Defense Forces' efforts (to support disaster-hit areas) and the necessity to improve their working conditions." 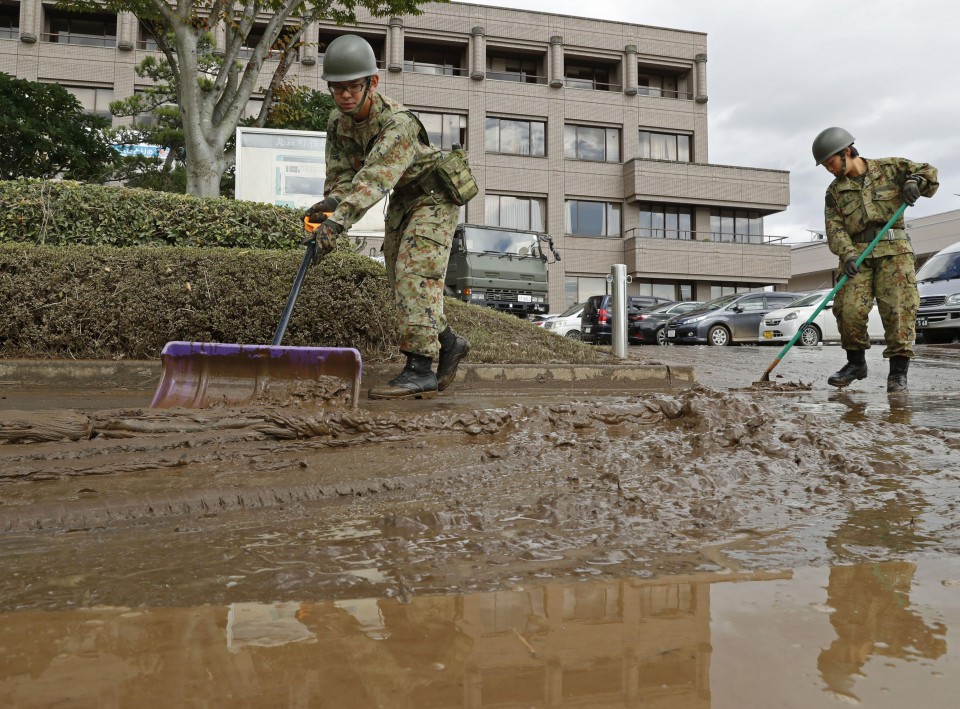 The death toll from Typhoon Hagibis, which ripped through a wide area of the country this month, stands at 87, after the storm cut off electricity and water supplies, caused mudslides and flooded tens of thousands of homes.

His apology came on the same day education minister Koichi Hagiuda retracted a comment, which critics saw as advocating educational policies that discriminated against disadvantaged families.

Hagiuda said Thursday on a TV program that students should compete for university places "in accordance with their (financial) standing" when asked about private-sector English tests to be introduced as part of entrance exams.

Students will be able to take English tests provided by private organizations, and submit scores as part of the university admissions system from next fiscal year.

But these are not available to sit nationwide, and some students in rural areas may have to travel a long way to test centers or have fewer opportunities to take such tests than those in urban areas.

Abe apologized for the politicians' remarks during his meeting Tuesday with Natsuo Yamaguchi, who leads Komeito, the junior coalition partner of Abe's Liberal Democratic Party.

The premier said he would "ensure discipline (among ministers) going forward," Yamaguchi told reporters after the meeting.

Their remarks drew criticism across party lines, from opposition lawmakers as well as members of the ruling Liberal Democratic Party, to which both ministers belong.

"Each Cabinet member must be self-aware and make an effort to secure people's trust," Chief Cabinet Secretary Yoshihide Suga told reporters at a news conference Tuesday.

Environment Minister Shinjiro Koizumi told reporters, "A politician must refrain from doing things that cause pain to victims in disaster-hit areas."

Opposition parties piled into the two ministers, with Yuichiro Tamaki, who heads the Democratic Party for the People, calling Kono's remarks "thoughtless."

Yukio Edano, the leader of the Constitutional Democratic Party of Japan, said Hagiuda's comment suggests the education minister is implying the entrance exam system will not ensure equal opportunities for candidates.