A man indicted for murdering and robbing nine people in his apartment near Tokyo in 2017 seems to have used certain techniques also employed in the field of counseling to gain the trust of suicidal victims before killing them, according to an analysis by a counseling expert.

Yasushi Sugihara, a professor of clinical psychology at Kyoto University, has analyzed some 200 messages exchanged between Takahiro Shiraishi, 29, and a woman in her 30s who expressed her wish to commit suicide via a social networking service shortly before Shiraishi's arrest.

After reading her post, he first instructed her to directly exchange messages with him, saying he would help, without rushing her, if she was really serious about committing suicide.

"He narrowed the distance between the two by disclosing his own personal information, a technique used in counseling, while helping heighten her interest in death," said Sugihara, adding he was accepting her hesitation without criticizing it in order to gain her trust. 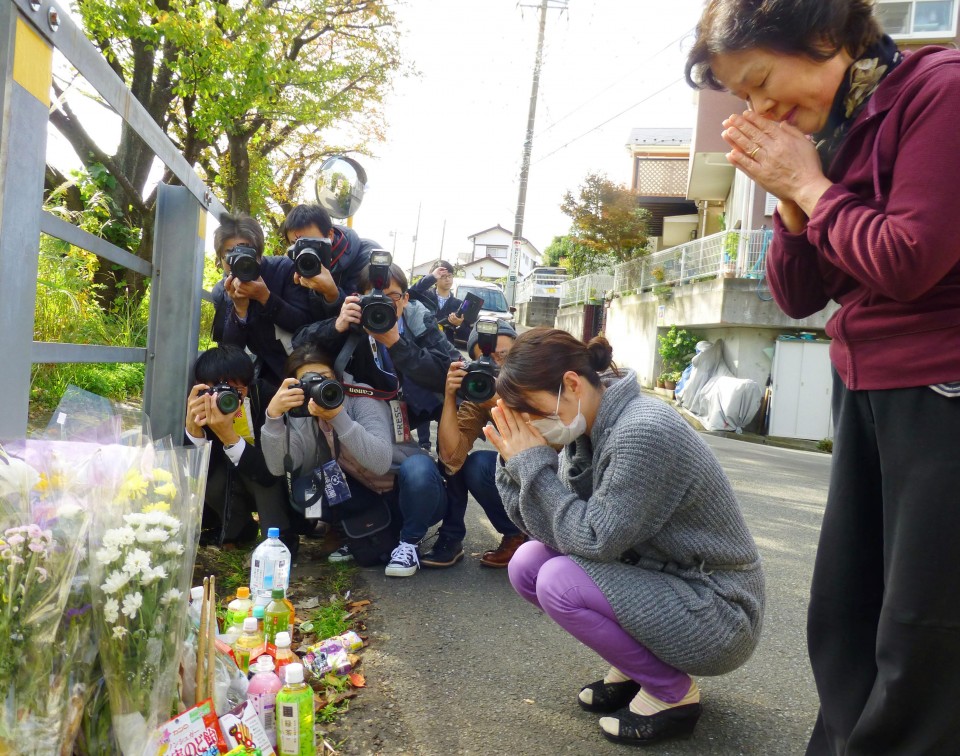 (Local residents pray near the apartment complex in Zama, outside Tokyo, on Nov. 10, 2017, where nine dismembered bodies were found the previous week at the home of Takahiro Shiraishi)

Man indicted for murdering 9, storing dismembered bodies in his room

Shiraishi killed and dismembered eight women and one man from Tokyo and four other prefectures, ranging in age from 15 to 26, from August to October in 2017, and also stole some cash, according to the indictment.

All eight women were sexually assaulted, and the victims' bodies were discovered inside containers in his apartment, it said.

The woman escaped his fatal trap by not accepting his offer of meeting in person.

Shiraishi has told investigators that he came to know the victims via Twitter and invited them to his apartment, saying he would help them to die, according to police.

Shiraishi was arrested on Oct. 31, 2017, and the messages were exchanged between him and the woman from Oct. 4 to 27 that same year.

"Even high school students were victimized. I would like to help prevent vulnerable young people from falling victim to such a crime," the woman told Kyodo News.

Shiraishi had once worked as a recruiter in the sex industry, scouting women on the streets, and he might have become skillful at gaining the trust of women, as well as utilizing SNS through the job.

Sugihara, director of the university's General Student Support Center, who also provides his services at the Kansai Counseling Center in Osaka, condemned Shiraishi for taking advantage of suicidal victims' weaknesses and heightening their psychological dependence on him, saying it was "just like brainwashing."

"People who are under psychological stress need to seek professional advice at designated service windows instead of trusting just anyone via the internet," Sugihara warned.