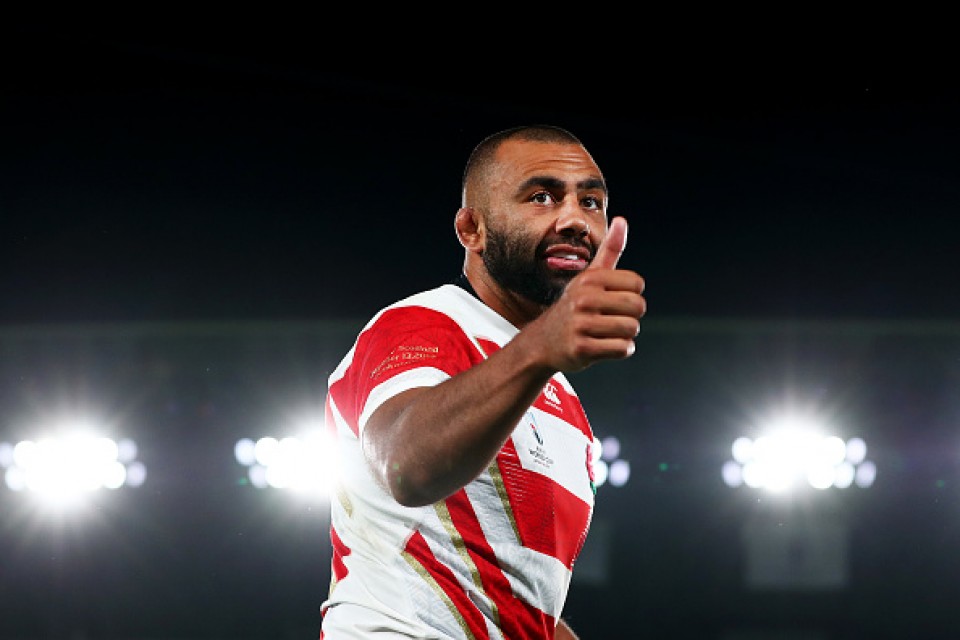 (Michael Leitch of Japan celebrates victory after the Rugby World Cup 2019 Group A game between Japan and Scotland at International Stadium Yokohama on October 13, 2019 in Yokohama, Kanagawa, Japan.)[World Rugby/Getty/Kyodo]

YOKOHAMA - Japan captain Michael Leitch said Sunday's historic win over Scotland at the Rugby World Cup was the Brave Blossoms' way of helping the nation in the aftermath of Typhoon Hagibis and thanking those that helped put the game on.

"Before the match started, at the team hotel, the players already knew how this game was more than just us, that a lot of people suffered in the typhoon," he said following the 28-21 win in Yokohama that sees Japan make the quarterfinals for the first time.

"A lot of people did a lot of hard work to make this game happen. There were guys up late last night with sponges. We are grateful for the opportunity to inspire Japan and we showed that for 80 minutes tonight."

Man-of-the-match Kenki Fukuoka also praised those that had helped put the game on.

"A lot of people made efforts to realize this match today,” he said. "I first of all want to thank them and to repay them I was determined to produce a result that would be an empowerment to the Japanese people." 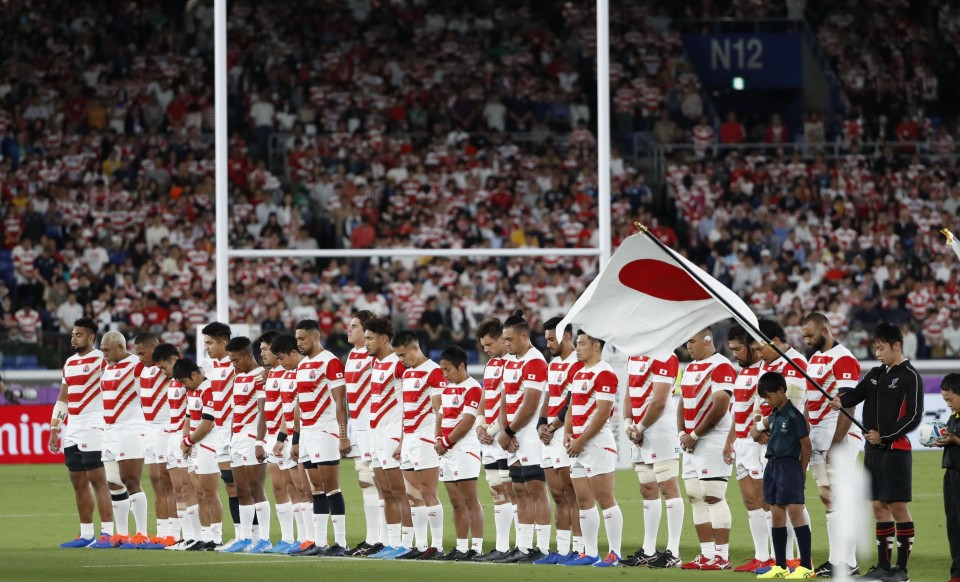 (Japan players observe a moment of silence ahead of a Rugby World Cup Pool A match against Scotland in Yokohama, near Tokyo, on Oct. 13, 2019, in memory of the victims of Typhoon Hagibis that ripped through wide areas of Japan the previous day.)

Sunday's game at International Stadium Yokohama (Nissan Stadium) only got the go-ahead at 10:30 a.m. following a detailed inspection and discussions with local authorities. Typhoon Hagibis left at least 35 dead and nearly 20 others missing.

Some of the players admitted they were caught in two minds as to whether the game should go ahead.

"There are a lot of people who are suffering from the typhoon and there was a moment where we wondered if we should be playing a game," said Kotaro Matsushima, who scored one of Japan's four tries. "At such a moment, I thought the biggest message that we can put out is a win and I am glad that we could deliver that."

Veteran lock Luke Thompson, who led Japan's defensive effort with 15 successful tackles, also paid tribute to those affected by the typhoon.
"I want to thank all the Japanese people," he said. "There were deaths and damages to homes after the typhoon. My thoughts are with them."

Much had been made about Scotland's threat of legal action should the game have been cancelled and declared a draw -- given they needed to win to progress to the quarterfinals.

But after a grueling 80 minutes, a disappointed Scotland coach Gregor Townsend put aside his and his countrymen's disappointment to pay his respects to the host nation.

"On behalf of the Scotland rugby team, I would just like to pass on our thoughts to the people of Japan for the devastation caused by the typhoon," he said. "Our thoughts go out to those who have lost anyone close to them."

Despite the somber lead-up to the game, the crowd of 67,666 produced a wall of sound all evening, broken only by a moment's silence before the game to remember those affected by the tragedy.

"It was the best day of my life. They gave us something inside when we were in hard times. The win is both down to the efforts we put in and the support they give us."