Rescuers continued to search for survivors in eastern Japan on Wednesday, as fears mounted that cold temperatures and expected rain will take a further toll on areas still reeling from the impact of Typhoon Hagibis.

Temperatures in the morning, in many parts of the country, dropped to the lowest so far this season, as more than a dozen people remain missing after the most powerful typhoon in decades swept across Japan this past weekend.

Fears for the missing people's safety have increased as the 72-hour period after a disaster that is considered critical for finding survivors has elapsed. 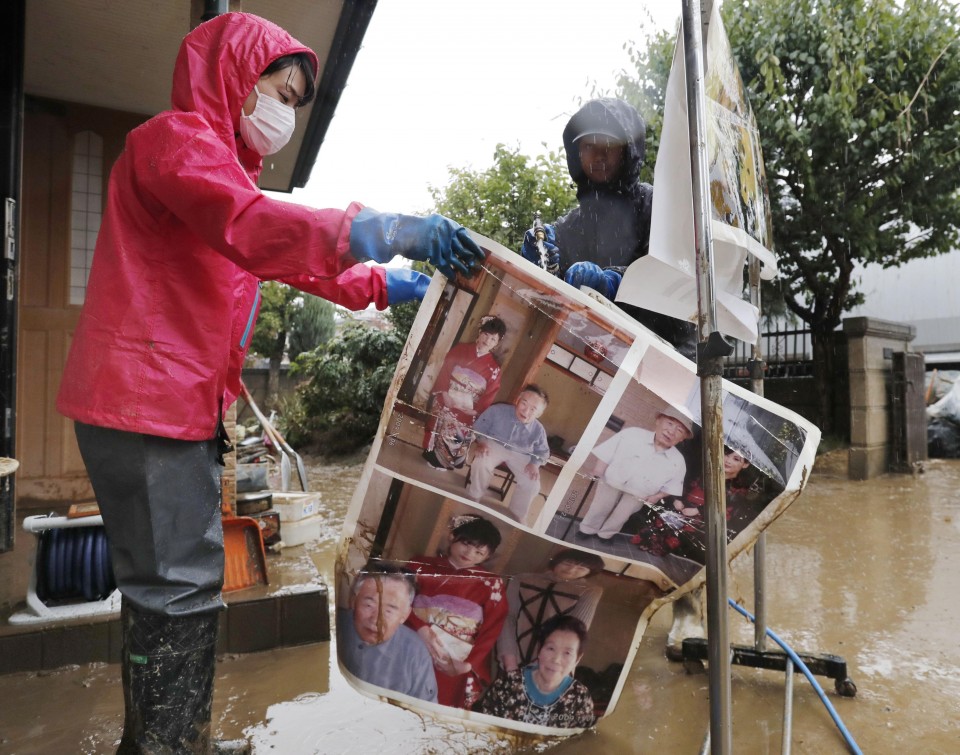 Fatigue has begun to plague evacuees and people cleaning up their homes and stores after they were flooded by muddy water.

More than 4,000 people forced to evacuate were still unable to return home as of Wednesday afternoon, authorities said.

The death toll in Japan from the typhoon rose to 77, according to a Kyodo News tally based on official information collected from each region.

"Thinking of my muddied home makes me cry," said Itoe Matsuzawa, 80, who was taking shelter at an evacuation center in the city of Nagano. "I want to return to my normal life quickly."

"I haven't slept," said barber Atsushi Wakatsuki, 50, who has been cleaning up his shop in the city with the help of his barber friends. "There is a limit to what my family can do. I am thankful (for their help)," he added.

The Japan Meteorological Agency warned of heavy rain from Friday through Saturday in northeastern and eastern Japan.

To deal with the aftermath of the devastating typhoon, the government decided Wednesday to disburse about 710 million yen ($6.5 million) from 500 billion yen in reserves set aside under the fiscal 2019 budget. It is also considering compiling an extra budget to finance reconstruction, officials said.

The reserve funds will be used to set up temporary toilets and send necessities such as water, food and cardboard beds to shelters in central, eastern and northeastern parts of the country flooded by the record-breaking rainfall, they said. 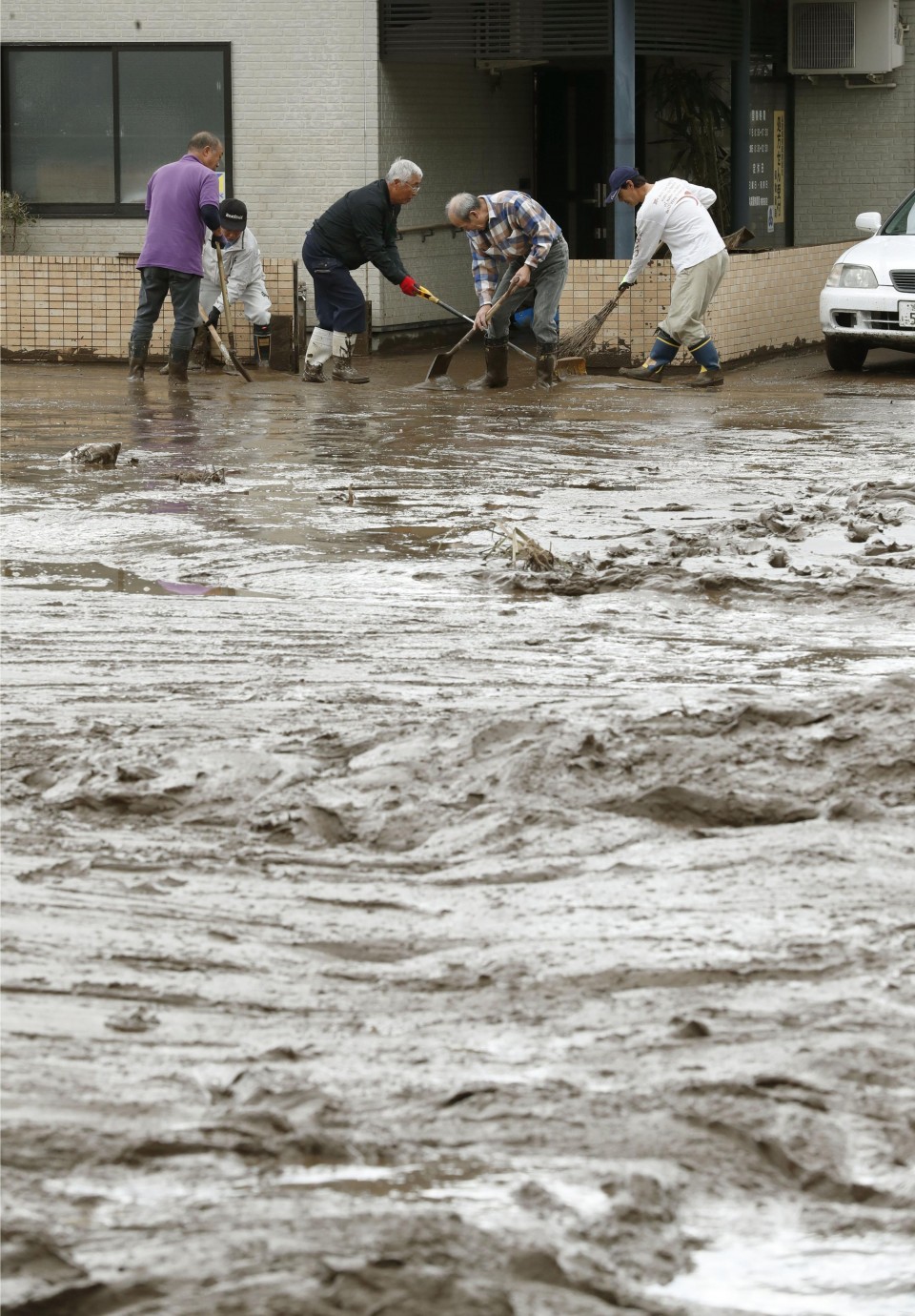 Prime Minister Shinzo Abe said at a government meeting that he will visit Miyagi and Fukushima, two of the prefectures severely damaged by the disaster, on Thursday to survey affected areas.

"We will make the utmost effort so the disaster victims can return to their lives without worry as soon as possible," he said earlier in the day at a session of the House of Councillors Budget Committee.

As Japan has been hit by a number of natural disasters in recent years -- including Typhoon Faxai in September, which devastated wide areas of Chiba Prefecture near Tokyo, and torrential rain in western Japan last year, which left more than 200 people dead -- Abe said he aims to create a "land that is strong and resilient against disasters" in the long run.

The northeast, devastated by the massive 2011 earthquake and tsunami, was especially hard hit by the latest typhoon -- with a death toll of 26 in Fukushima, the highest among Japan's 47 prefectures -- after the Abukuma River burst its banks.

A major search-and-rescue operation continued in Marumori, Miyagi Prefecture, through which the Abukuma runs and where the deaths of five people have been confirmed. Officials said the river's water level reached as high as 23 meters.

The government has confirmed embankments collapsed at 90 locations along 59 rivers, as it continues to assess the extent of the damage.

The Ministry of Land, Infrastructure, Transport and Tourism said it plans to set up a panel of experts to study damage along seven state-controlled rivers that flooded neighboring areas.

The panel plans to draw conclusions in a few months as to why river embankments collapsed, and how to rebuild to ensure there is no repeat of the disaster.

The seven rivers include the Abukuma, the Chikuma in Nagano Prefecture and the Yoshida in Miyagi Prefecture.