Rugby World Cup organizers will be faced with some frustrated fans at Tokyo Stadium on Saturday after they announced Japan's game against Samoa will not be shown on big screens in the stadium or at the nearby fan plaza.

Fans attending the earlier England versus Argentina game at the arena better known as Ajinomoto Stadium on Saturday will have to look for alternative options like the fan zone near Chofu Station, some 2 kilometers away from the stadium.

The decision was not welcomed if responses on social media are to be used as a gauge.

"It's a Japan match, we can't get into the fan zone...I wish they would play it on (the stadium big screens)," said Twitter user @rugby_shironeko. 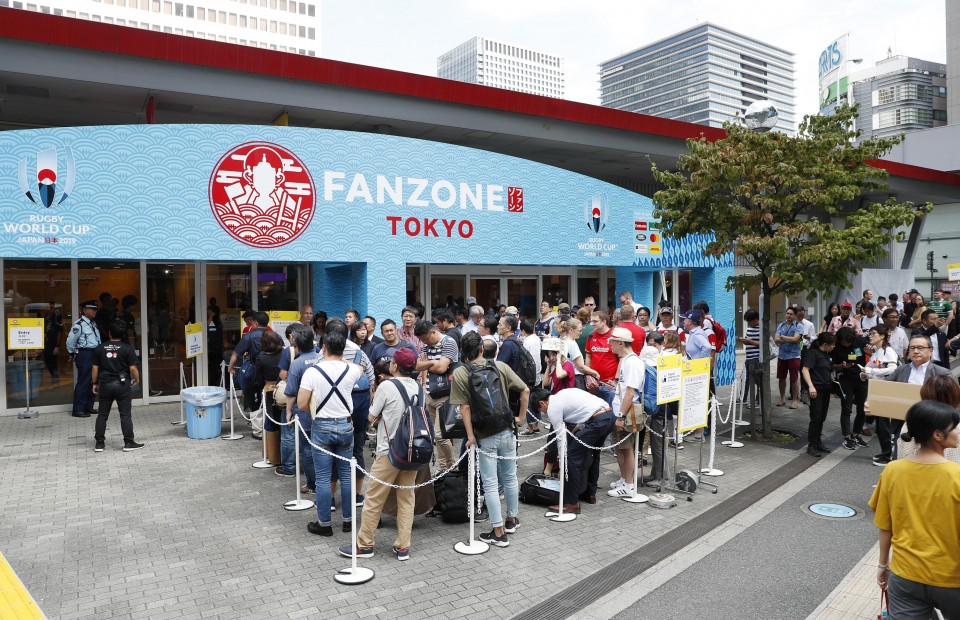 "Why won't (can't) they do it," wrote @rug_iku. "I guess the organizing committee doesn't want rugby culture to take root in Japan. I think that's terrible," added @kamonochoseki.

Organizers tweeted on Friday that they need to clear the area to allow for preparations for the following day's match between New Zealand and Namibia.

"Fans heading to Tokyo Stadium tomorrow! #JPNvSAM will not be broadcast on stadium screens or within the spectator plaza at #RWCTokyo following #ENGvARG," the tweet read.

"This is to ensure venue staff can prepare for #NZLvNAM at 13:45 the following day. Thank you for your understanding."

Fans heading to Tokyo Stadium tomorrow!📢#JPNvSAM will not be broadcast at the spectator plaza at #RWCTokyo following #ENGvARG. This is to ensure venue staff can prepare for #NZLvNAM at 13:45 the following day. Thank you for your understanding #RWC2019

The Chofu fan zone, however, is likely to already be brimming with people there to watch the earlier matches between Australia and Uruguay in Oita and the match at Tokyo Stadium.

Public safety is perhaps another reason behind the decision, as the fan plaza outside Tokyo Stadium can only hold a fraction of the approximately 50,000 that can fit inside.

In a statement to Kyodo News, a local organizing committee official pointed out the game will be on free-to-air television broadcaster Nippon Television Network and that "bars, restaurants and hotels in and around the Tokyo area will also screen the match."

"While the fan zones in central Tokyo and Chofu will be operating, it is anticipated they will already be full at the conclusion of the England vs Argentina match."

"With huge local interest anticipated for the Japan vs Samoa match across Japan, fans are encouraged to plan ahead and identify places to watch."