An unveiling ceremony was held Sunday near Washington for a statue of a girl dedicated to Korean women forced to work in Japanese wartime military brothels, making it the fifth of its kind in the United States.

The life-size statue symbolizing "comfort women" sits on the front lawn of a commercial building in Annandale, Virginia, where many Korean Americans live. It took about three years to find its "permanent home," which was initially hoped to be in the U.S. capital itself, according to civic groups that organized the event.

The statue is a "physical and ongoing reminder of the past wrongdoing and inaction of the Japanese government to the demands by the victims, which is an official apology and legal reparation," Jungsil Lee, president of the Washington Coalition for Comfort Women Issues, said at the ceremony.

Japan and South Korea have been locked in a protracted row over former comfort women, an issue related to Japan's 1910-1945 colonial rule of the Korean Peninsula.

The two countries reached an agreement in 2015 to "finally and irreversibly" resolve their dispute, but the South Korean government later concluded that the negotiation process was flawed amid domestic criticism that the victims' demands were not reflected in the deal. 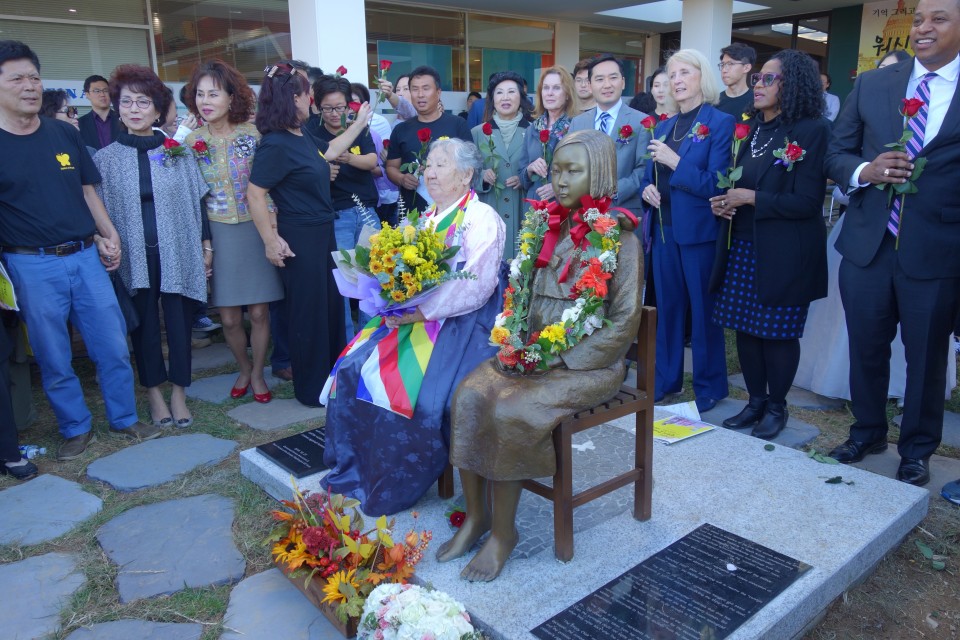 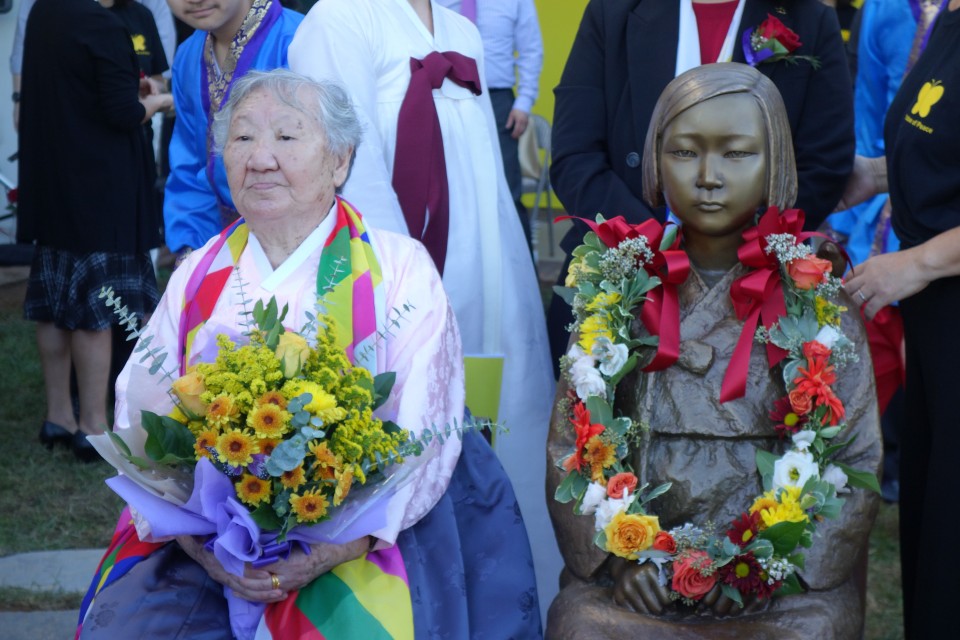 Gil Won Ok, a survivor in her 90s, said at the ceremony that her "youth and dreams" were taken away at the age of 13 when she was forced into a Japanese military brothel in China. She also criticized the Japanese government for failing to issue a "sincere apology."

Statues of a seated girl symbolizing comfort women called "Statues of Peace" have been erected in several countries since 2011, when the first was unveiled in front of the Japanese Embassy in Seoul.

Japan protested the installation of that statue, saying it went against the spirit of the 2015 accord and demanding its removal.

Lee said she hopes the statue will also serve as an educational cornerstone for women's rights and dignity, while also helping to pass on wartime memories to the next generation.