Fiji finally got their Rugby World Cup campaign off the ground on Thursday with a win over Georgia, delivering the electrifying backline play that so far they had only promised in Japan.

The 45-10 bonus-point win at Hanazono Rugby Stadium, the Pacific Islanders' first victory at the tournament, takes Fiji off the bottom of Pool D. 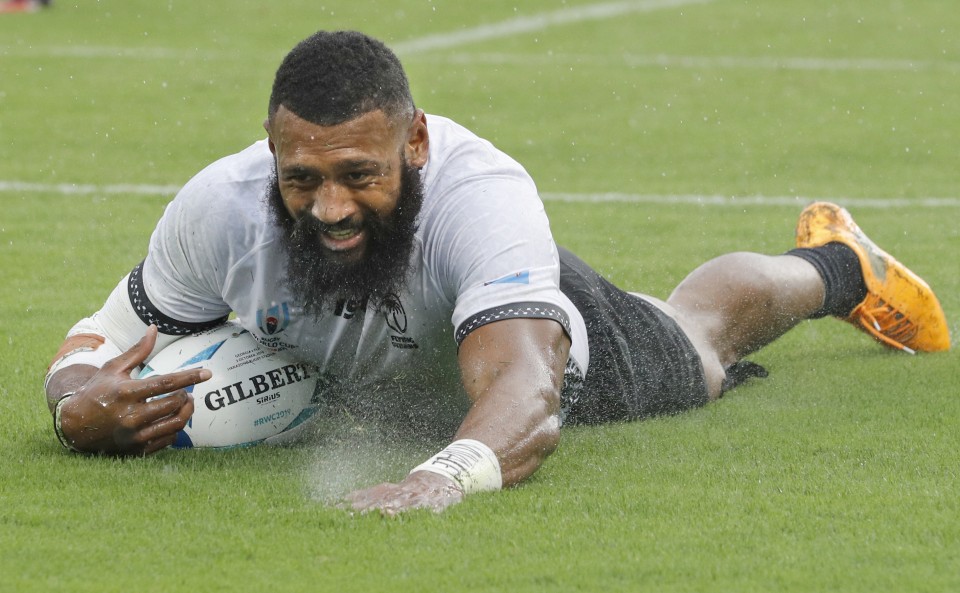 "Very pleasing to see us finally showing some of our flare and some of our talents in this World Cup and it was a great team performance to finish so strongly," said head coach John McKee.

"It was an arm wrestle in the first half into the start of the second half (but) it was a very pleasing performance by the Flying Fijians today, we really countered Georgia in their areas of strength."

Fiji move into outright second with seven points, but group heavyweights Wales and Australia are still to play their third matches.

More importantly, however, it also keeps alive Fiji's hopes of finishing third and securing automatic qualification to the 2023 World Cup.

"We had a target we needed to achieve. We needed to get that five points today," said captain Dominiko Waqaniburotu. "That's what was in our head." 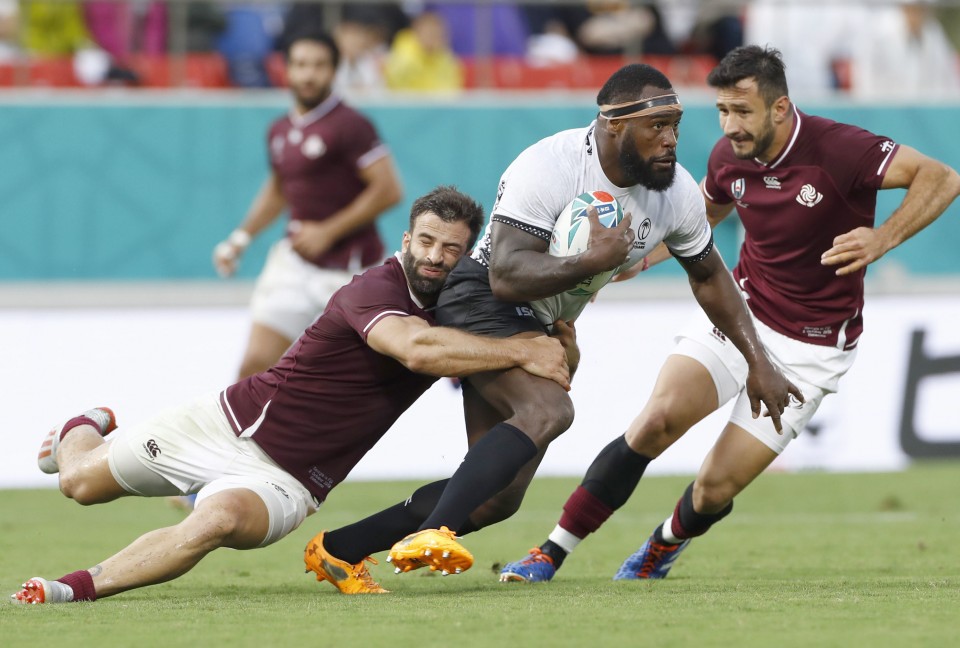 In wet conditions before 21,069 spectators in Higashiosaka, Fiji probably had the better of an even first 40 minutes, their four-point lead on the scoreboard a fair reflection of the action.

Waisea Nayacalevu scored the first stanza's only try thanks to Semi Radradra collecting a nice midfield grubber by No. 10 Ben Volavola, the Stade Francais center taking a pass from his winger and streaking across the line for his second try of the tournament.

The teams then traded missed opportunities.

Nayacalevu and his centers partner Levani Botia combined down the touchline, only for the former to drop the ball cold with the tryline beckoning. Then, Georgia spilled the ball over their own tryline after pinning the Fijians deep in defense for a sustained period.

The Georgians' three points came off the same series of plays, however, with a high tackle giving Soso Matiashvili an easy kick from right in front. 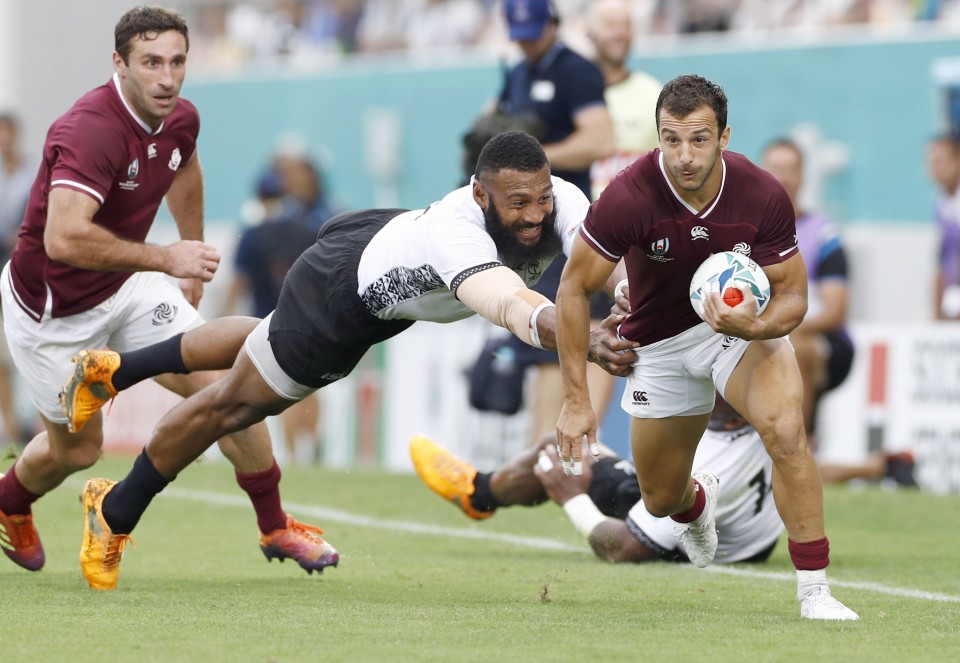 Josua Tuisova was the player who laid down the high tackle, and Georgia's coach Milton Haig agreed that it very easily could have drawn a yellow card, but may not have changed much.

"It looked clearly on the replay that it was around the head and he was the last defender," he said.

"Would it have changed the match? Not sure. In the long run, the second half of the game the Fijians played, it was either seven or eight tries to one...the score is the score.

Tuisova agreed he could have seen a card.

"I was a bit worried, I thought they were going to send me," he said.

"I just threw my hand (in his direction) and then released quickly as well. I think it was not a big deal."

It took only four minutes for Fiji to cross in the second half, scrumhalf Frank Lomani finishing off some lovely backline play to push the lead to nine.

Tuisova was next to score when Radradra connected on a midfield loop with Volavola and sent the Rio 2016 sevens gold medalist into the corner.

Georgia counterpunched immediately when they won kickoff ball and advanced to the line, the man known as Gorgodzilla, Mamuka Gorgodze, getting his team's only try of the day.

Fiji were not done, however, with the floodgates officially opening over the final 20 minutes.

Radradra joined the party with his first try on the 60-minute mark, Semi Kunatani added another seven minutes later and a converted Api Ratuniyarawa five-pointer put the lead at 38-10.

When man-of-the-match Radradra crossed again with an athletic display on the left touchline and Volavola sent his fifth conversion through the posts, the 35-point rout was complete.