Abe also asked Wang, known to be close to President Xi Jinping, to handle the case of a Japanese professor in his 40s -- detained in China on suspicion of violating Chinese law -- in "a positive manner," effectively calling for his release. 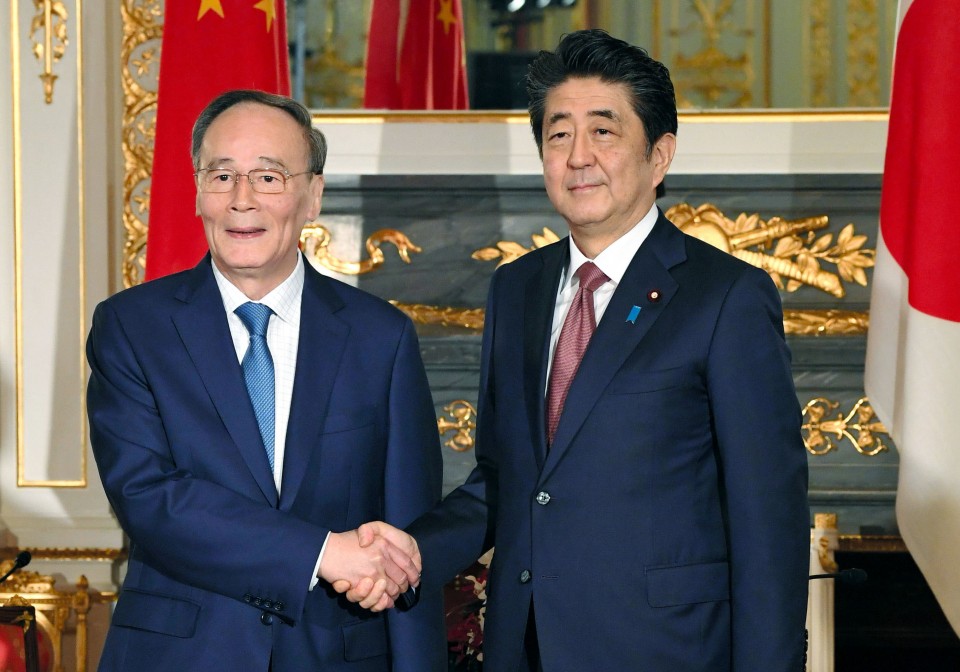 The Hokkaido University professor, who previously worked for the National Institute for Defense Studies in the Japanese Defense Ministry, may be suspected of spying, sources close to bilateral relations said earlier.

The meeting of the Japanese and Chinese leaders came amid a recent thaw in bilateral ties that had previously grown frosty over wartime history and territory. The Asian neighbors now say bilateral relations have returned to a "normal track."

Abe and Wang agreed to step up preparations for Xi's state visit to Japan scheduled for next spring and to make it a "meaningful" one, according to the ministry.

Over five days through Friday, Abe plans to meet with over 50 foreign leaders visiting to witness Emperor Naruhito's proclamation of his enthronement.

Abe and South Korean Prime Minister Lee Nak Yon are set to meet Thursday morning, officials from both governments said, with the focus of attention on whether they can find ways to stem the sharp worsening of bilateral ties over wartime history and trade.

"It is not something that a word or two can dramatically (resolve)," Lee told South Korean reporters in Tokyo, referring to the current situation. "The goal is to create an atmosphere that can promote dialogue, at maximum." 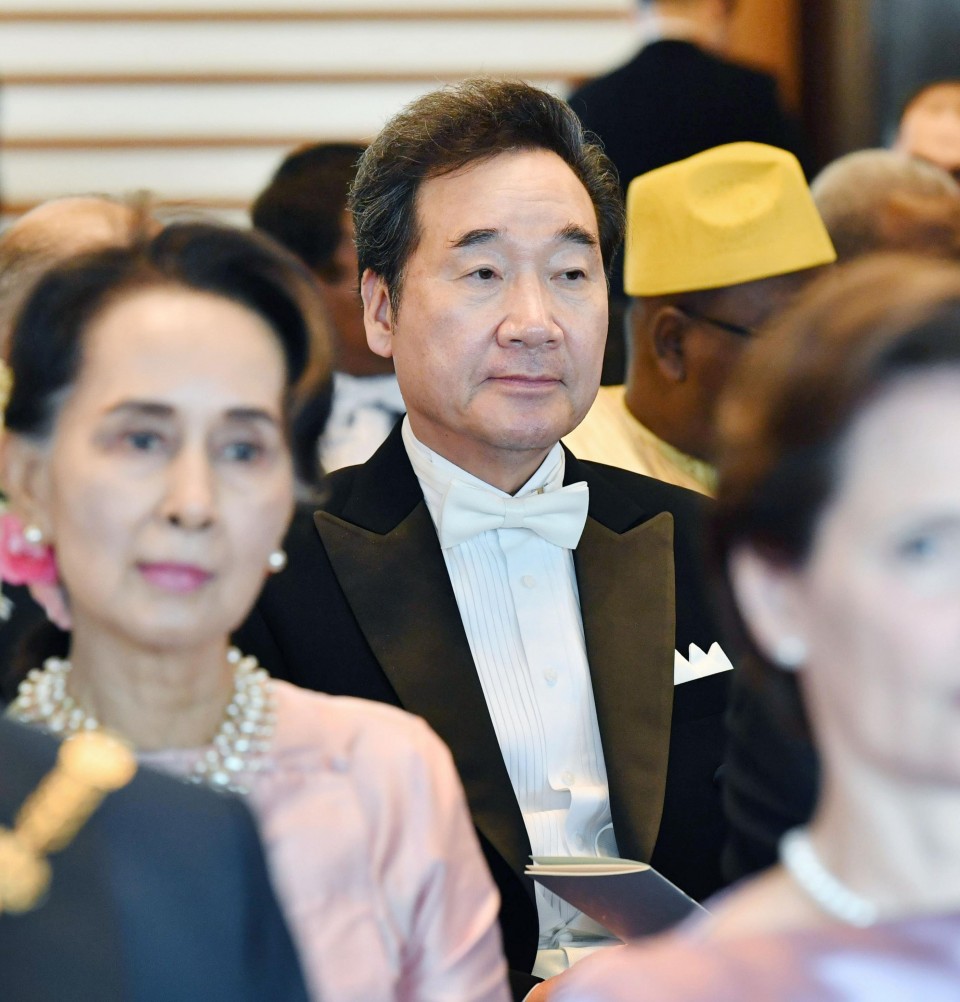 At issue are a series of South Korean court rulings that ordered Japanese firms to compensate for wartime labor during the 1910-1945 colonial rule of the Korean Peninsula. Japan maintains that the compensation issue was settled under a 1965 bilateral accord.

Through his back-to-back meetings with foreign dignitaries, each lasting about 10 to 20 minutes, Abe has discussed issues of bilateral and regional concern.

In a meeting with U.S. Transportation Secretary Elaine Chao, Abe expressed his deep appreciation for President Donald Trump's congratulatory message on the emperor's enthronement and sought to deepen bilateral ties under a Japan-U.S. trade deal reached in September.

Trump and first lady Melania visited Japan in late May, the first state guests since Emperor Naruhito ascended the throne and Japan ushered in the new Reiwa imperial era earlier that month.

"Our global partnership is an unshakeable pillar of peace and prosperity in the Indo-Pacific region and the world. It is a testament to the noble endeavor of advancing democracy, liberty, and human dignity for all," Trump said in a statement.

With Thailand set to host upcoming meetings in Bangkok involving the Association of Southeast Asian Nations and other major countries in the region, including China, Japan and South Korea, Abe was quoted by the Japanese ministry as telling the Thai prime minister that he hopes to send a "concerted and robust message on North Korean issues."