Kei Nishikori announced Tuesday on Twitter that he will part with longtime coach Dante Bottini, who has guided the Japanese star since 2011.

"After nine years of working together literally day in and day out, I have decided it is time for a new voice," wrote Nishikori, who is currently sidelined with a right-elbow injury. 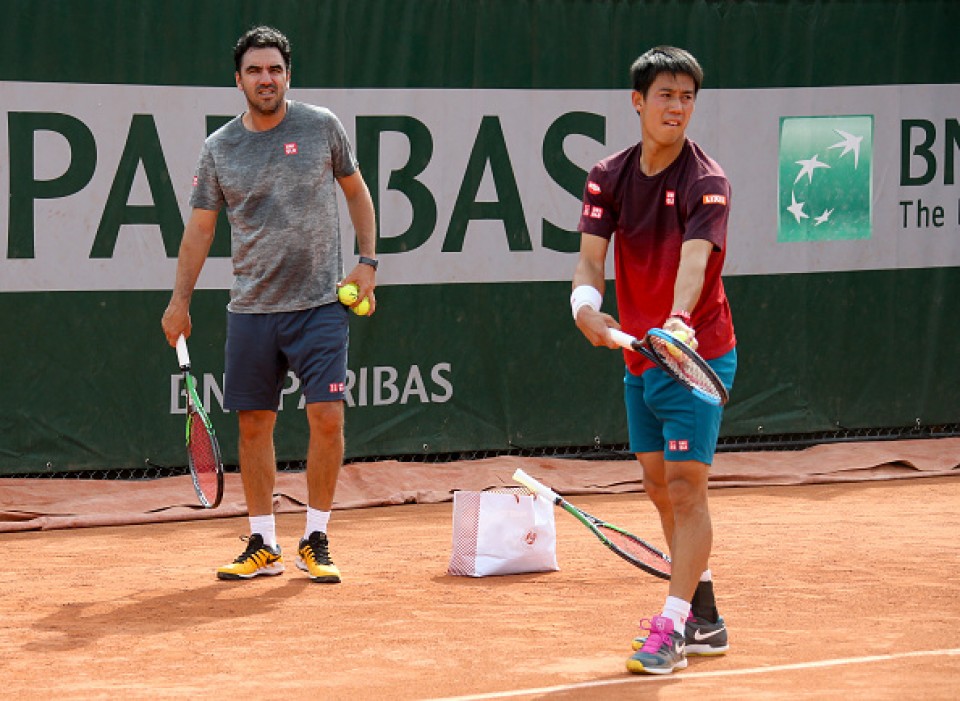 (Kei Nishikori of Japan and his coach Dante Bottini at practice during the 2019 French Open at Roland Garros stadium on May 22, 2019 in Paris, France.)[Getty/Kyodo]

"I am forever grateful for Dante's contributions to my career and we will obviously remain very close friends. I appreciate so much the last 9 years and our friendship."

Under Bottini's constant tutelage, and with support at major tournaments from Michael Chang, Nishikori earned 11 of his 12 ATP titles, won Olympic bronze in 2016 and reached a career-high world No. 4 ranking.

The 40-year-old Argentine's successor has yet to be decided, according to sources close to the matter.

Nishikori, currently ranked ninth, was aiming to make his return at this month's Vienna Open, but may end the season early to recover from his injury.