Japan is ready to share, as requested by South Korea, information related to the launch a day earlier of what North Korea claims to have been a submarine-launched ballistic missile, government sources said Thursday.

The move is based on an intelligence-sharing pact, set to expire in November, after South Korea decided to terminate it amid the sharp worsening of ties over wartime history and trade policy.

Tokyo apparently hopes to urge Seoul to rethink its decision to scrap the pact -- formally called the General Security of Military Information Agreement -- by offering to share sensitive information under the arrangement.

"The pact itself will be effective until late November so there is no reason for us to refuse (to provide information)," a senior government official said. 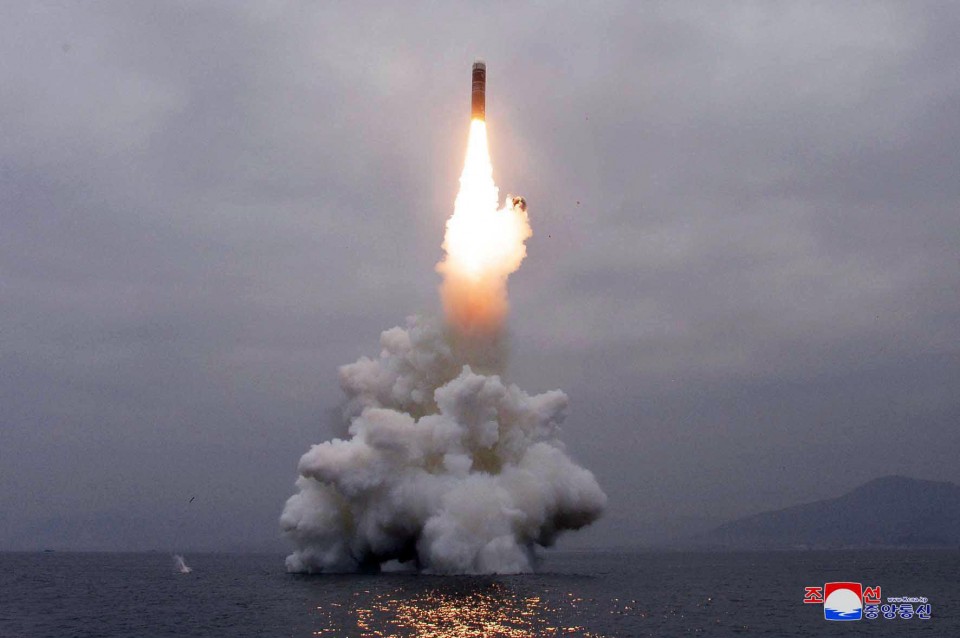 North Korea's firing early Wednesday of a ballistic missile toward the Sea of Japan raised alarm in the region.

Submarine-launched missiles are hard to detect before they are launched and thought to pose more security threats than ground-based ones.

After traveling about 450 kilometers, the missile fell into Japan's exclusive economic zone off an island in the western prefecture of Shimane, prompting Tokyo to swiftly lodge a protest with Pyongyang and call the launch a violation of U.N. Security Council resolutions.

As the missile fell close to Japan, South Korea needs Japanese data to analyze how the missile traveled after liftoff, including high-resolution reconnaissance satellite images, a Foreign Ministry source said.

The missile is likely to have been a mid-range submarine-launched ballistic missile that could have traveled up to 2,500 km on a normal trajectory, Defense Minister Taro Kono said Thursday.

The missile is believed to have followed a "lofted trajectory," meaning it was launched at an angle to reach a high altitude but to limit its flight distance.