For one muggy Saturday night, a sports gym on the outskirts of the Samoan capital of Apia was awash with music, lights and glitter as the south Pacific nation held its annual Miss Samoa Fa'afafine pageant -- a celebration of the country's "third gender" community.

The pageant title comes from the Samoan word "fa'afafine," which translates into English as "in the manner of a woman."

"These are not people who were born female, according to the binary model of gender -- male and female," explains Tuisina Ymania Brown, co-secretary general of the international LGBTQ advocacy group ILGA World and a former Miss Samoa Fa'afafine pageant winner.

"These are people who were born male and identify as female or 'play roles,' according to society, that identify with the opposite gender."

Entering the pageant as "Queen of the Ocean," 27-year-old Petra Travis made her first appearance on the runway in a bright blue ballgown skirt which, when removed, revealed a bikini bedazzled in sea shells and gems.

"I felt like 'Oh yes, this is me!'" said Travis, as she recounted her pageant experience days later. "It felt like I was surrounded by the Milky Way. By daffodils and flowers and all these twinkle lights!" 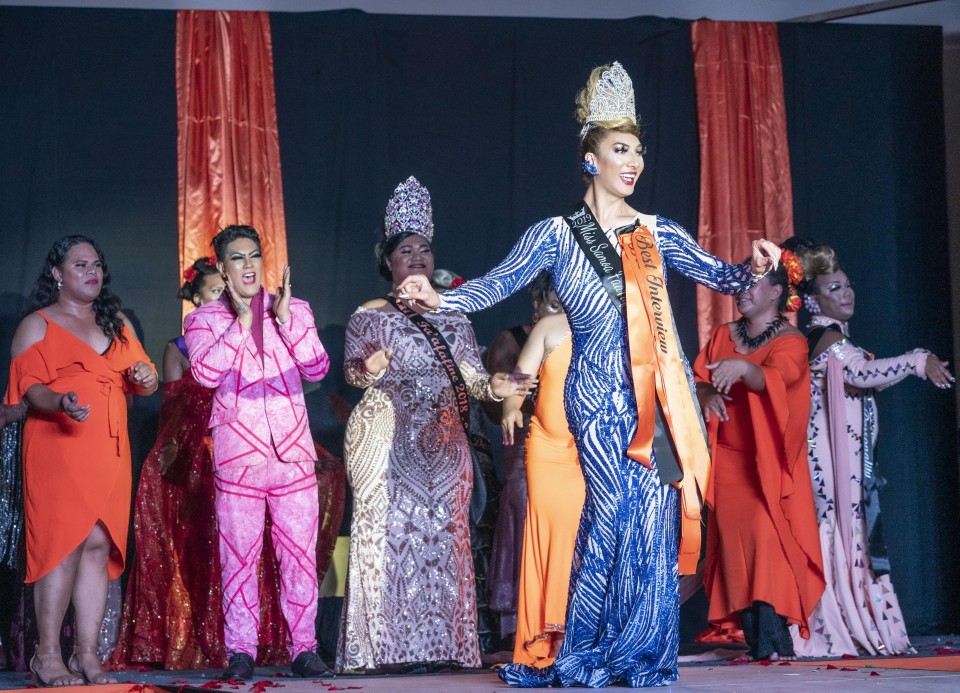 Speaking in her village about 20 kilometers outside of Apia, Travis said she had felt she was a woman since childhood, but eventually came to identify as fa'afafine in her early teens.

"When I was young, I was thinking to myself, 'Yes, I am a girl,' but you already know the difference! I don't have these two," she said, gesturing to her chest and a bra stuffed with fabric to create a more feminine silhouette.

"So I thought, I have to move on and show the people my reality, myself, my real me," she said, singling out 2011 as the year "I finalized my decision (about being fa'afafine)."

While Travis's experience may sound similar to the Western concept of "transgender," Brown says fa'afafine is a cultural identity, and as such cannot be compared to international LGBTQ communities.

"Gay and lesbian are about sexual orientation -- it's about who you prefer to have sex with," the 56-year-old said.

"Gender identity is not who you have sex with, but how you identify. If you identify as a woman, but you're born a man, you're transgender."

"But fa'afafine is completely different. It's a cultural term that we use to refer to all these people."

Brown says a large part of the fa'afafine cultural identity stems from Samoa's strong emphasis on community. By playing vital roles within their community, such as caring for the elderly, cooking family meals, or helping to raise children, fa'afafine are accepted and even protected by their culture. 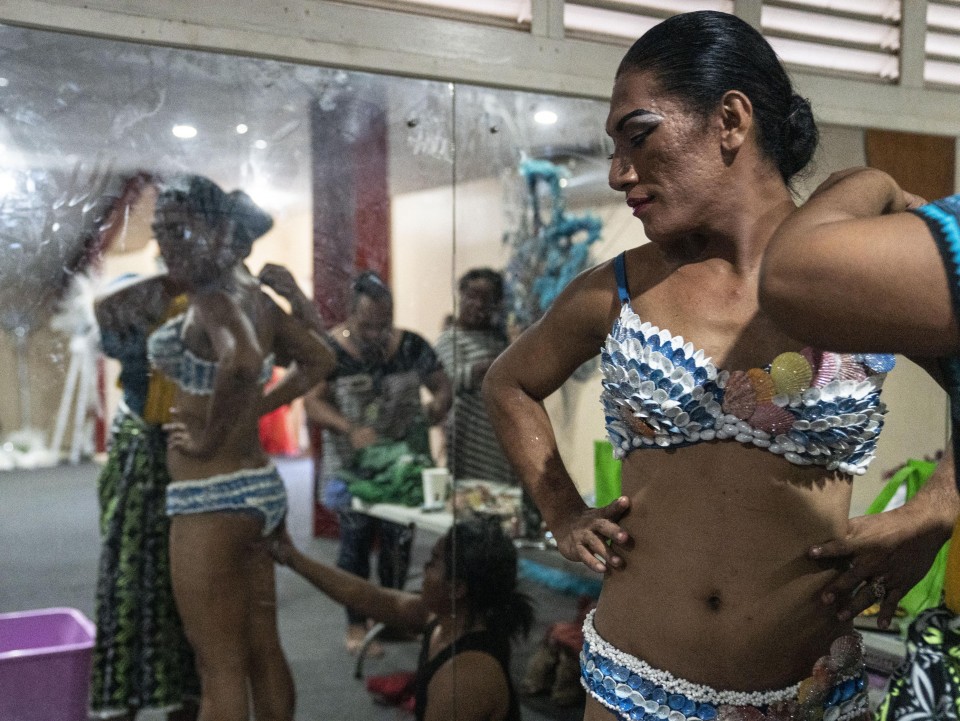 While there is little documented evidence, fa'afafine culture is believed to have existed in Samoa prior to the arrival of Christian missionaries in the early 19th century. Similar communities are also found in other parts of Polynesia, including Tonga and Hawaii.

Alex Su'a, president of the Samoan Fa'afafine Association, believes that prior to Western contact, fa'afafine were so integrated into society, they likely did not exist as a distinct group.

Today, Su'a estimates about 5 percent of Samoa's almost 200,000-strong population identify as fa'afafine. While the community is very visible, he says fa'afafine are generally "tolerated but not accepted" by mainstream society.

"Fa'afafine are accepted as far as they are good child carers, good decorators, good organizers. But when it comes to their personal lives and their sexual orientation, that's when society shuts it (down)," Su'a said.

4 facilities in Japan give reproductive assistance to LGBT couples: survey

Christianity has a strong presence in Samoa with the parliament passing a constitutional amendment in 2017 to transform the country into a Christian state. Many fa'afafine, including Su'a, say much of the hurt and ostracism they've faced came from the church.

"I always thought being fa'afafine is something God forbids, and if you continue to do so, you're likely to end up in hell," said Su'a who, as a young fa'afafine, "tried to stay away from the things that I found myself happiest with" in order to hide his identity.

Su'a now runs a law firm in central Apia and says his decision to practice law was informed by the bullying and defenselessness he experienced as a child.

Despite facing judgement from some elements of broader society, it is not uncommon for fa'afafine to hold positions of authority in private business, government, or be granted traditional titles such as village chief.

Brown, herself a high chief in three different villages, says she believes it will not be long before fa'afafine are elected to parliament.

At a community level, fa'afine are able to use their fluidity between male and female worlds to play an important role in addressing topics considered otherwise impolite for public conversation.

The pageant, which has been running since 1983, was traditionally used to promote awareness of HIV and AIDS. This year's contestants also took a stand against family violence and discrimination.

"Talking about sex in our culture is taboo, so the fa'afafine were the only ones who can talk about it without facing repercussions," said Su'a.

"When fa'afafine talk about these things, they talk about it with their own flair and there's a special hilarious manner (in which) they convey the message. So, it's like people are laughing rather than feeling insulted and disgusted about it and only fa'afafine can deliver that."

While members of the fa'afafine community see themselves as distinct from the international LGBTQ community, there is little doubt the futures of the groups are intertwined. As the head of an international advocacy organization, Brown hopes Samoa will adopt language promoted by the United Nations to be more inclusive of groups such as the fa'afafine.

However, she also believes the international community can learn from traditional third gender societies.

"I think communities like Samoa's fa'afafine, like the Hijra community in India, the Kathoey community in Thailand, the Bakla community in the Philippines, these indigenous communities have something to teach the world, especially the Western society, about being embraced by their communities," she said.

"Those smart people at the U.N. need to listen to indigenous communities like this and find ways of best practice and how we can incorporate what we do here in Samoa on an international level."