A film festival that began over the weekend near Tokyo has decided not to show a documentary movie featuring social debate on "comfort women," many of them Korean, who were recruited to work in Japan's wartime military brothels against their will.

The organizer said it could not avoid changing its initial plan of showing the film -- "Shusenjo: The Main Battle Ground of the Comfort Women Issue" -- after the city of Kawasaki, a co-sponsor of the festival, expressed concerns. 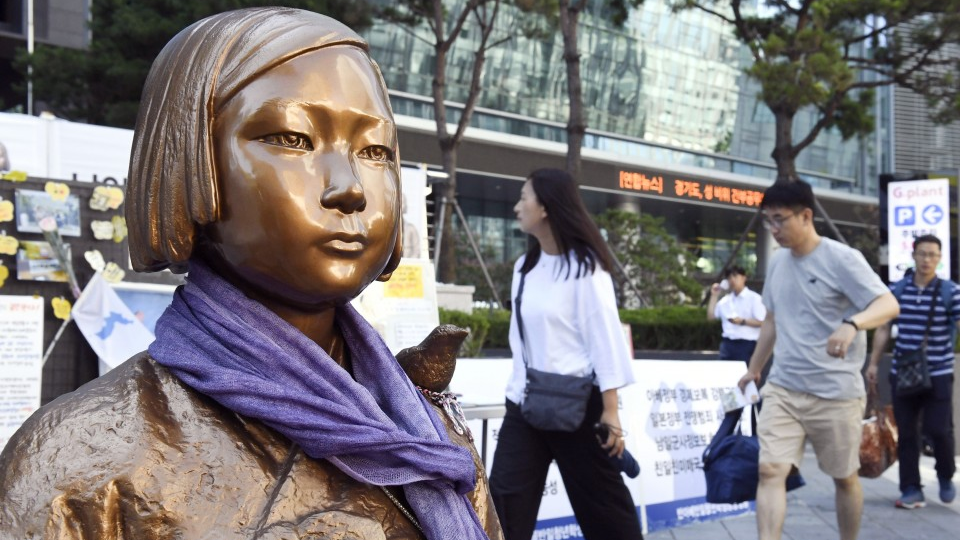 (Photo taken Aug. 14, 2019, shows a statue of a girl symbolizing the issue of "comfort women," who worked in Japanese wartime military brothels, in front of the Japanese Embassy in Seoul.)

It said the city, which has provided 6 million yen ($55,200) for the "Kawasaki Shinyuri Film Festival," was worried about any problems that may arise, given that some of the people interviewed by director Miki Dezaki in the film had filed a lawsuit to stop its screening, claiming they had not given permission to appear in a commercial film.

"The festival is organized by mostly volunteers and we made the decision considering safety and management risks," said Shuji Nakayama, head of the festival. "Given that the festival is financed by taxpayers' money, it was unavoidable to have a different judgement from a private theater."

The festival, organized by nonprofit organization Kawasaki Arts with a total budget of 13 million yen, will run through Nov. 4.

The decision prompted an independent film company, Wakamatsu Production, to withdraw the showing of its two movies, criticizing it as an act of "murdering freedom of expression."