North Korean leader Kim Jong Un and Chinese President Xi Jinping exchanged messages of greeting on the occasion of the 70th anniversary of the establishment of diplomatic ties between their two nations on Sunday.

"Today the DPRK-China relations have entered a crucial period of carrying forward the past history and carving out a new future, being powered with an engine of ceaseless vitality," Kim said in a letter to Xi, carried by the state-run Korean Central News Agency.

Xi told Kim, "The two countries have dynamically propelled the prosperity and advance of their socialist cause by achieving rich successes in exchange and cooperation in various fields."

In recent days, Chinese tourists have been seen visiting Friendship Tower in Pyongyang, which was built in memory of Chinese soldiers who fought in the 1950-1953 Korean War. 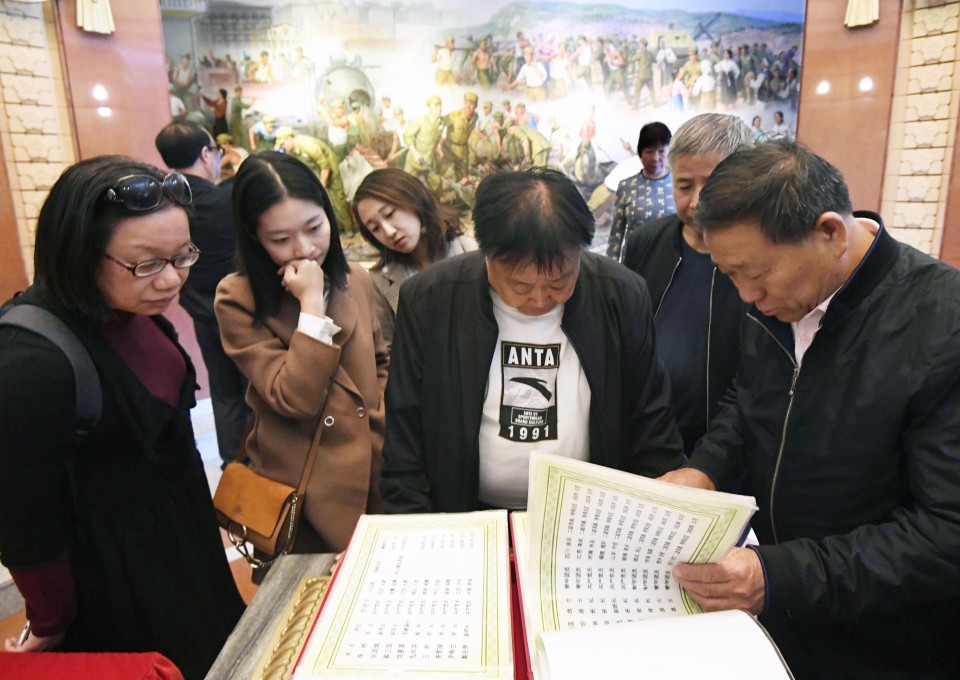 In Pyongyang, a stamp commemorating the 70th anniversary is on sale, while pictures looking back at the history of ties between the two countries have been put on display in front of the Chinese Embassy.

A decade ago, then Chinese Premier Wen Jiabao visited North Korea. But this year, major events to celebrate the anniversary and signs demonstrating amicable diplomatic relations were not seen in the capital.

Beijing and Pyongyang may have refrained from enlivening the mood of friendship between them, as North Korea and the United States have resumed their stalled denuclearization negotiations after months of stalemate, foreign affairs experts say.

After working-level talks in Stockholm on Saturday, however, Kim Myong Gil, who led the North Korean delegation, told reporters that their negotiations "broke off."

Washington quickly issued a statement saying that Pyongyang's remarks "do not reflect the content or the spirit" of Saturday's some eight hours of discussions, underscoring a wide divergence of opinion between the two nations over denuclearization issues.

North Korean official media have yet to report the details of the working-level talks.

The administration of U.S. President Donald Trump, who has been pushing for bilateral talks with North Korea, has been displeased with meddling by China, North Korea's closest and most influential ally, in the nuclear negotiations, the experts said.

China, for its part, has been engaged in tit-for-tat tariff hikes with the United States since early last year. 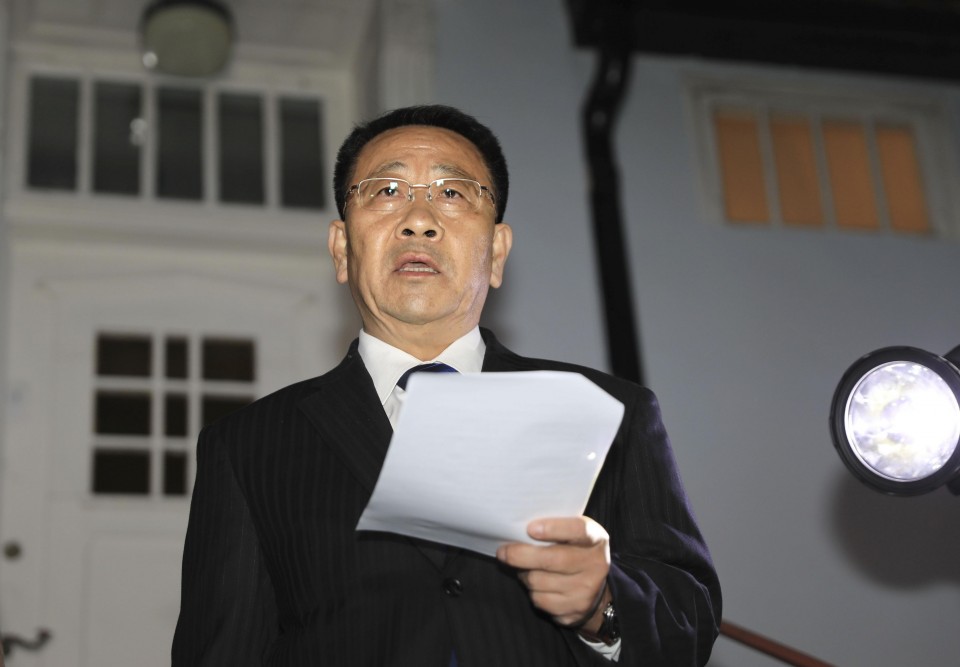 Until late 2017, ties between Beijing and Pyongyang had soured over North Korea's pursuit of intercontinental ballistic missiles and nuclear weapons, which could pose a direct threat to China in the future.

On Oct. 6, 1949, China and North Korea established diplomatic ties. They fought together in the Korean War against U.S.-led United Nations forces and have long been described as "blood brothers."

As for U.S.-North Korea relations, the two countries are still at odds over the scope of Pyongyang's denuclearization and the amount of sanctions relief to be granted in return.

The United States and North Korea technically remain in a state of war, as the Korean War ended only in a cease-fire. They have no diplomatic ties.