Regular direct flights linking Sendai in northeastern Japan and Thai capital Bangkok resumed Wednesday after a hiatus of five and a half years, in what is hoped will be a boon to tourism in the region.

A ceremony was held at Sendai airport to welcome travelers who arrived Wednesday morning on a flight jointly operated by Thai Airways International Public Co. and All Nippon Airways Co. Three round-trip flights between the cities will be in service per week until March 2020.

Direct flights had connected Sendai and Bangkok between December 2013 and March 2014 but were suspended as factors, including anti-government rallies and political unrest in Thailand, led to a fall in the number of tourists traveling to the Japanese city. 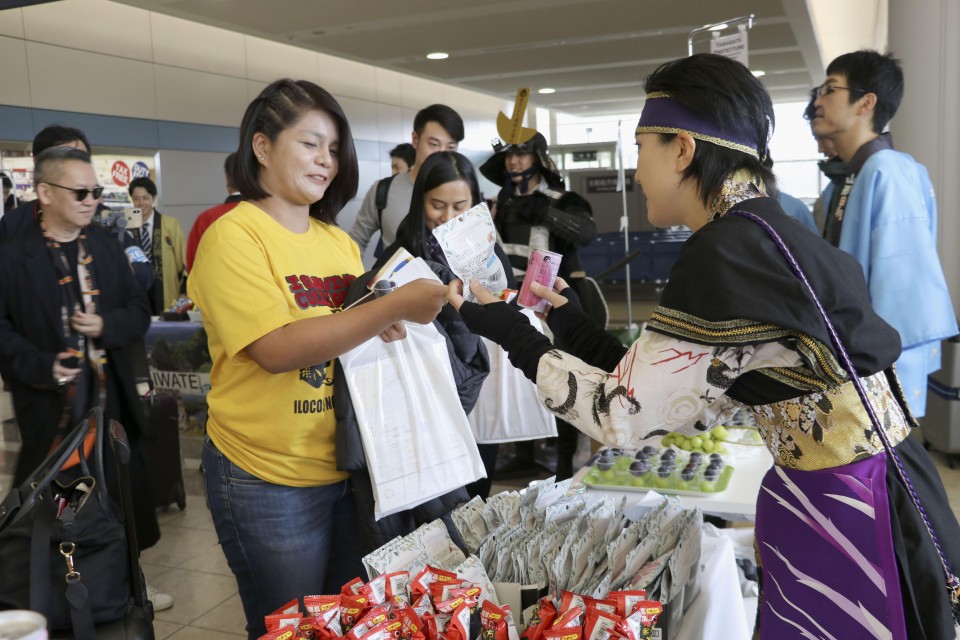 Officials from six northeastern Japan prefectures greeted the plane's passengers upon their arrival with specialty goods including sweets.

Sithichai Sithisathianchai came with his wife and called the direct services "very convenient."

"I had to take a bus from Tokyo to come here (on previous trips)," the 65-year-old said. "I hope to see the fall colors."

"We are thinking about offering flights daily, including those that go through Taiwan and Hong Kong, using aircraft of our subsidiary," Thai Airways President Sumeth Damrongchaitham told reporters after the event. "We would like the good relationship between Thailand and Japan to further develop."

The Thai airline said it is considering continuing the operation of direct flights between the two cities past March 2020.