Samoa are determined to "leave with a bit of pride in the jersey" when they finish their 2019 Rugby World Cup campaign against Pool A heavyweights Ireland, captain Jack Lam said Friday.

Following a win and two losses, Manu Samoa cannot advance from the pool, but remain in contention for a third-place finish which brings an automatic berth for the next World Cup.

On the eve of the clash with Ireland at Fukuoka Hakatanomori Stadium (Level5 Stadium), Lam spoke of the career obstacles for Samoan rugby players, and of wanting to inspire young fans in the Pacific island nation.

"We've still got a lot to play for, in terms of trying to qualify for the next World Cup, and then obviously for the future of rugby in Samoa," said Lam, who revealed he had turned down contract offers from clubs that would have required him to miss the tournament.

"There were a couple of contracts in France that I could've taken, but they had the condition that I had to turn down playing for Samoa. I just couldn't do that to myself and the jersey and it just didn't cross my mind," Lam said. 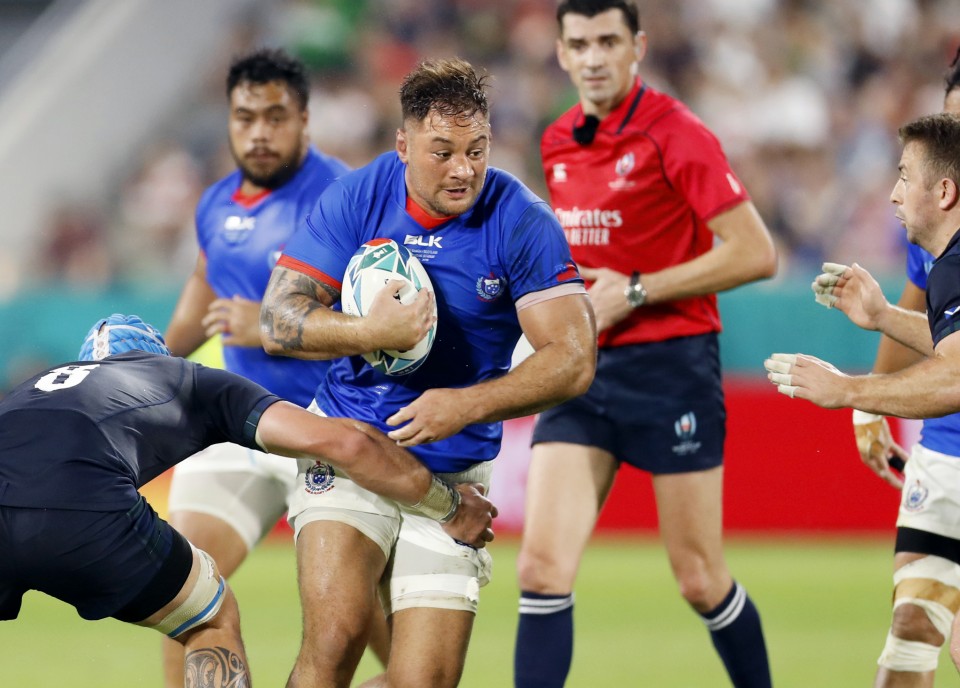 Rugby: 4 changes for Japan as Jamie Joseph fires up

Rugby: Australians battling for positions with Georgia up for a fight

But the 31-year-old flanker said he did not begrudge other players who had foregone representing Samoa in opting for the financial security of a professional contract.

"Hopefully in the future it will change and we won't have these kind of problems where we (can only) pick certain players," he said.

Samoa coach Vaeluaga Steve Jackson has made two changes to the XV who started Samoa's 38-19 loss to Japan last weekend.

The showdown with Ireland could have huge implications for Japan, as a Samoan win would guarantee the hosts a place in the quarterfinals.

A loss for the Irish would see them unable to overtake Japan in the pool standings, while also leaving Joe Schmidt's side in danger of being surpassed by Scotland, who are still scheduled to face the Brave Blossoms on Sunday despite the threat of an approaching typhoon.

Samoa assistant coach Alistair Rogers, however, said the possibility of becoming heroes among Japanese rugby fans was "not at all" on their minds.

"We've got to control what we can control. For us it's just about the performance," Rogers said.

Ireland coach Schmidt has picked his strongest possible side for the crucial match, making 11 changes to the starting XV from their previous outing, a 35-0 rout of Russia in Kobe.

Robbie Henshaw will play his first game of the tournament, starting at outside center. After missing the first three games with a hamstring injury, he will partner in the midfield with Bundee Aki, a New Zealand-born player of Samoan heritage who is close friends with several of the opposing players, according to Lam.

Rory Best will captain Ireland for the 37th time, overtaking Keith Wood and moving into second place behind the great Brian O'Driscoll, who led the side 83 times.

The front row of Cian Healy, Best and Tadhg Furlong have been selected together for the 16th time, the most for any front row since the 2015 tournament, while Conor Murray and Johnny Sexton will start together in the halves for the 55th time, equaling Ireland's all-time record.

Ireland assistant coach Greg Feek said his players were prepared to face a tactically astute Samoa team who bring more to the game than their renowned brawn.

"The physicality of the Samoans is an underlining part of their rugby. So that's something that they bring, but they're also smart rugby players," Feek said.

He downplayed safety concerns raised by reporters about the playing surface, parts of which were replaced after being damaged in the two previous matches at the stadium.

"We've been given all assurances by World Rugby that it's safe to play on and that's all we can ask for," he said.