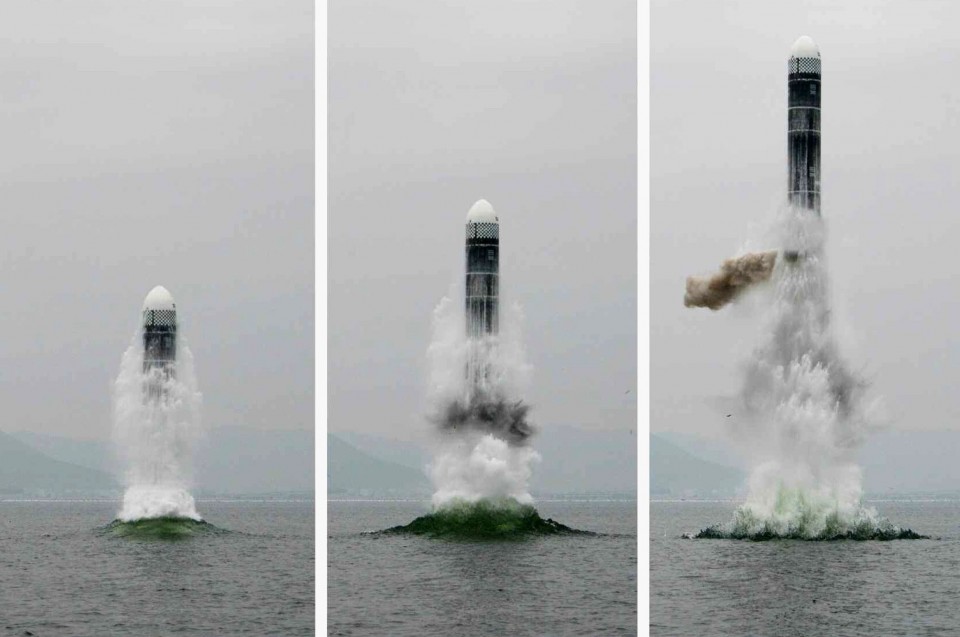 BEIJING - North Korea successfully test-fired a new type of submarine-launched ballistic missile on Wednesday, the country's state-run media reported Thursday, days ahead of a possible resumption of nuclear talks with the United States.

The test-firing of the new-type SLBM Pukguksong-3, off Wonsan in the east of the country, is aimed at "containing the outside forces' threat" to North Korea and "further bolstering North Korea's military muscle for self-defense," Korean Central News Agency said.

SLBMs are hard to detect before liftoff and pose more security threats than ground-based ones. What Pyongyang calls the success of the SLBM launch is certain to raise security concerns in the region.

However, North Korea claimed the latest action had "no adverse impact" on the security of neighboring countries, according to KCNA. 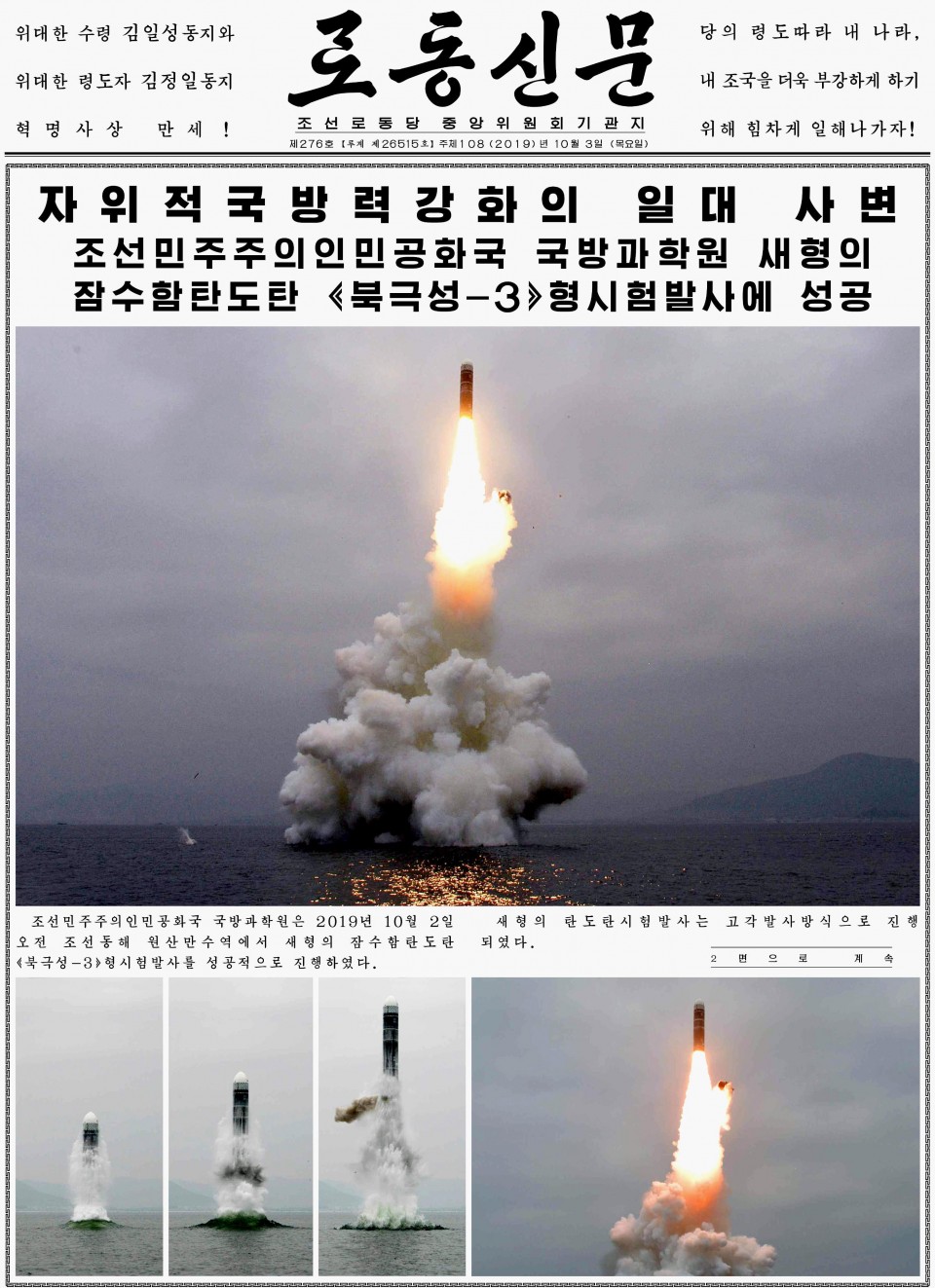 In Washington on Wednesday, the U.S. State Department urged North Korea, whose formal name is the Democratic People's Republic of Korea, to refrain from "provocations" but did not strongly condemn the latest SLBM launch.

"We call on the DPRK to refrain from provocations, abide by their obligations under U.N. Security Council resolutions, and remain engaged in substantive and sustained negotiations to do their part to ensure peace and stability on the Korean Peninsula, and achieve denuclearization," a department official told Kyodo News.

North Korea is scheduled to restart working-level negotiations with the United States this week. It is expected the two sides will discuss denuclearization issues, the resolution of which Pyongyang has said is contingent on reciprocal actions by Washington.

Kim Myong Gil, a former North Korean ambassador to Vietnam who will lead Pyongyang's delegation, arrived in Beijing on Thursday en route to the negotiations, slated to begin Friday.

Kim Myong Gil is likely headed to the Swedish capital Stockholm, where according to diplomatic sources preparations are under way for the talks to be held.

It was the North's first launch of a submarine-based missile since August 2016, and the 11th projectile of any type fired since May.

"Japan will continue to work closely with the United States as well as the international community to enforce them," the top government spokesman added.

The Japanese government said a day earlier the projectile flew at a "lofted trajectory," indicating it was launched at an angle to reach a high altitude but limit its flight distance.

KCNA said the missile was fired "in vertical mode," with no further details.

The projectile could have flown 2,000 kilometers -- putting all of Japan within reach -- if launched at a normal range, military experts say.

But Japan's Defense Minister Taro Kono on Thursday indicated it was likely a submarine-launched midrange missile that can travel farther.

"It's likely that the missile was a mid-range one that could have flown up to 2,500 km on a normal (rather than lofted) trajectory," Kono told reporters.

At their Feb. 27-28 summit in the Vietnamese capital Hanoi, Kim and Trump fell short of bridging the gap between Washington's denuclearization demands and Pyongyang's calls for sanctions relief.

The two leaders agreed at their June 30 meeting in the inter-Korean truce village of Panmunjeom that North Korea and the United States would restart working-level negotiations within weeks, but they have yet to be held.