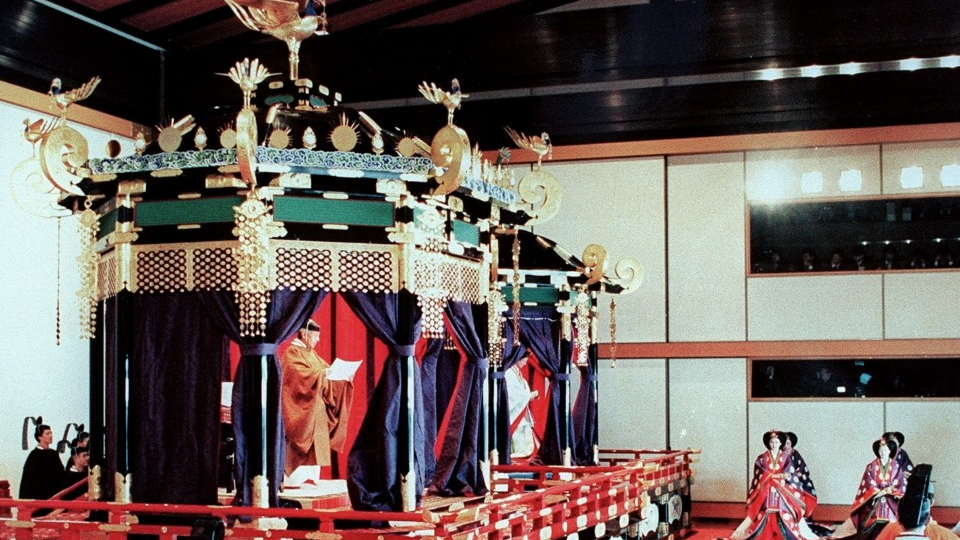 TOKYO - A canopied throne to be used during Tuesday's ritual to proclaim the enthronement of Emperor Naruhito will be put on public display in Tokyo and Kyoto from December, according to the Imperial Household Agency.

The Takamikura, used in the "Sokuirei Seiden no gi" ceremony, features a black lacquered dais with an octagonal structure, adorned with sculptures of golden phoenixes on its roof. The throne is approximately 6.5 meters high and weighs around 8 tons.

Past emperors have ascended to the Takamikura throne during their enthronement rites, with use of such an imperial seat believed to have begun in the eighth century.

The current throne has been used since the 1915 enthronement ceremony of Emperor Yoshihito (1879-1926), posthumously known as Emperor Taisho. 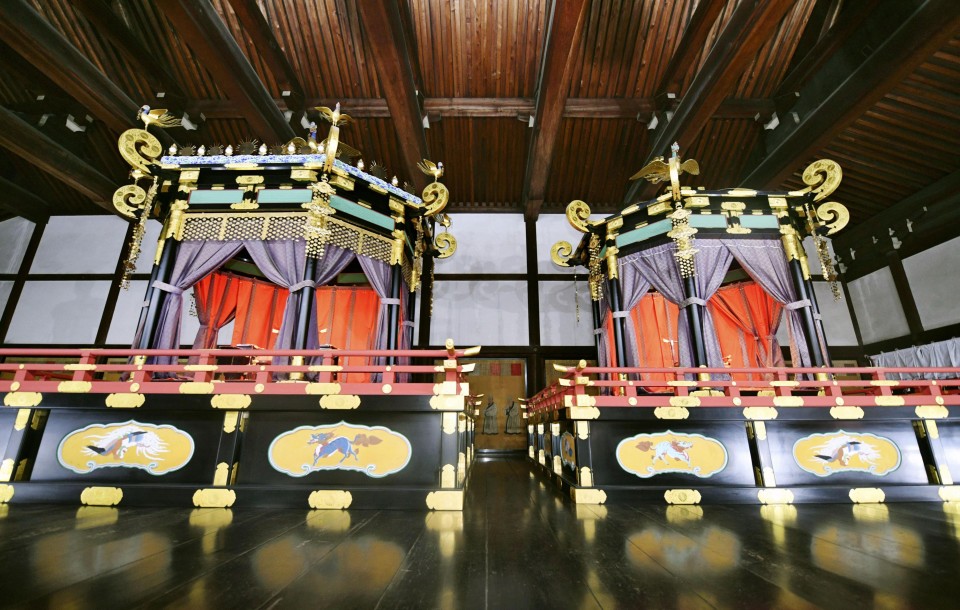 It was moved from the Shishinden Hall of the Kyoto Imperial Palace to Tokyo in September last year, along with the Michodai throne that will be used during the enthronement ceremony by Empress Masako.

Work to apply a new coat of lacquer and repair gold decorations finished in March at the palace in the western Japan city.

The Takamikura throne will be put on public display at the Tokyo National Museum in the Ueno district on Dec. 22 to 25 and Jan. 2 to 19, and at the Kyoto Imperial Palace on March 1 to 22.

The throne will not be available for public viewing when the museum and palace are closed, with the exception of Dec. 23 and March 2.
Emperor Naruhito ascended the throne on May 1 following the abdication of his father, former Emperor Akihito, on April 30 -- the first Japanese monarch to step down in about 200 years.