Japan coach Jamie Joseph opted Thursday to start Michael Leitch but keep Pieter Labuschagne as game captain for the Rugby World Cup Pool A game against Samoa at the weekend.

Joseph named a side for Saturday's game at City of Toyota Stadium that shows three changes and one positional switch from the team that beat Ireland last weekend.

Leitch starts at blindside flanker with Kazuki Himeno moving to No. 8 to replace Amanaki Lelei Mafi, Wimpie van der Walt comes in at lock for Luke Thompson, while Atsushi Sakate starts at hooker with Shota Horie on the bench.

The backs remain unchanged with last week's try scorer Kenki Fukuoka once again among the replacements.

"We want Michael to focus on getting his rugby right," Joseph said of the Brave Blossoms squad captain, who has only played a handful of games since December.

"We want to minimize his responsibilities so he can focus on his own game. It worked well last week and we want to continue that."

Leitch was outstanding in the 19-12 win over Ireland after coming off the bench much earlier than anticipated when Mafi picked up a rib injury.

While the injury to the No. 8 is not as bad as first appeared, Joseph said he wanted to include Hendrik Tui among the replacements so he could get an idea of "team building for the following games in the tournament."

With Thompson "taking a bit of a knock" and Uwe Helu finally returning to full fitness, the coach has opted to give the 38-year-old veteran the night off and allow Helu the chance to impress off the bench, one of three changes among the pine riders.

As for swapping Sakate for Horie, who was man-of-the-match against Ireland, Joseph said it was in line with his belief that Japan needed as much experience as possible in the closing stages of the game. 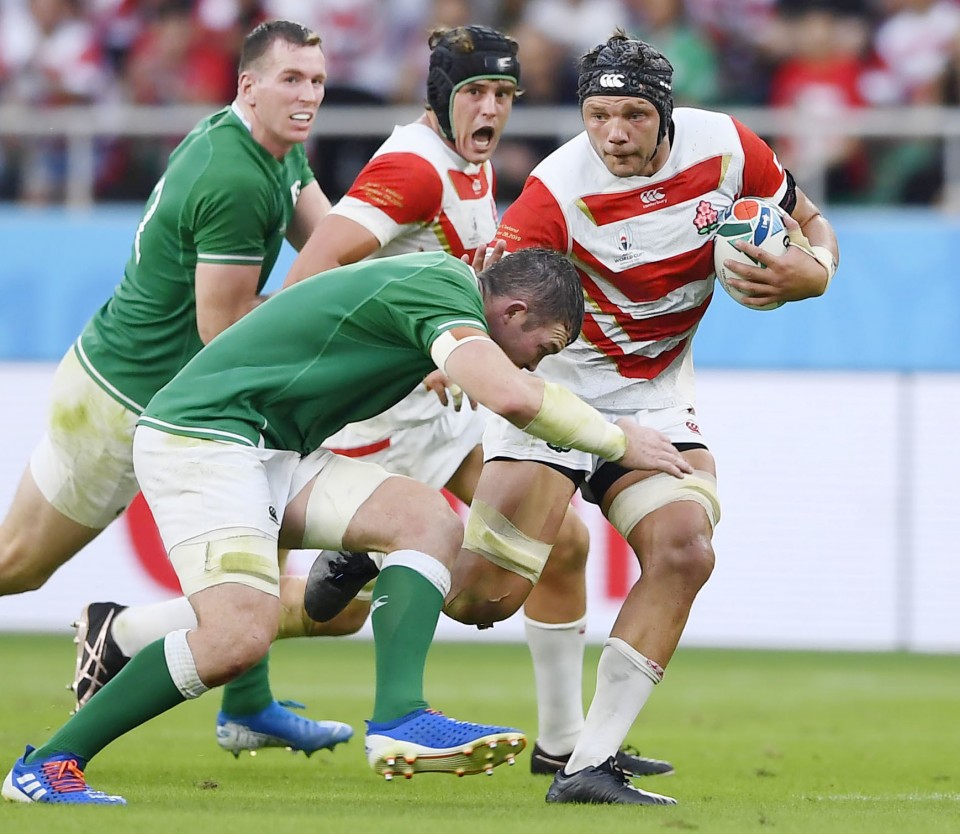 "We are finding that test matches are very tight and fragile at the end and it is crucial to have a strong bench," he said. "We want strong, experienced players to finish the game," he said citing in particular Horie and reserve scrumhalf Fumiaki Tanaka.

Earlier Samoa coach Vaeluaga Steve Jackson made six changes to the side that started Monday's 34-0 loss to Scotland, with Jordan Lay, Seilala Lam, Piula Faasalele and Ulupano Seuteni all making their first starts of the tournament.

Of the starting XV, only TJ Ioane and Tim Nanai-Williams started against Japan in the World Cup four years ago, while Jack Lam, who captains the side, came off the bench. 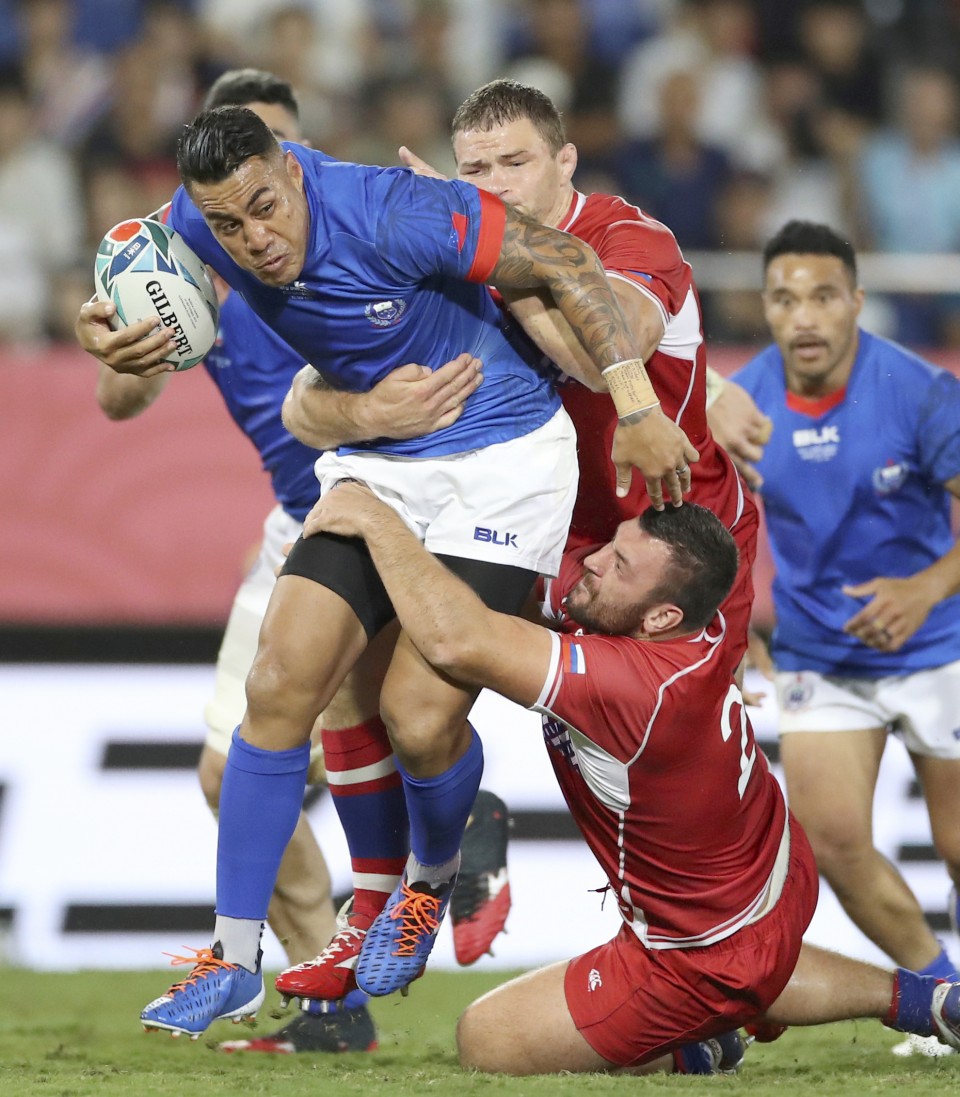 (Tusi Pisi of Samoa is tackled by two Russian players.)

Tusi Pisi, a favorite of fans in Japan as a result of his stints with Suntory Sungoliath, the Sunwolves and current side Toyota Industries Shuttles, starts on the bench.

"He's obviously extremely experienced," Jackson said of Pisi. "We just felt that UJ (Ulupano Seuteni) deserved his opportunity this week and Tusi still plays a massive role for us, coming off the bench, and I think his experience is going to be vital if it comes to being a close game."

Joseph said he expected the Samoans to come out firing following their 34-0 loss to Scotland on Monday.

"They are playing for their tournament so that extra experience on our bench will be crucial."

"We are expecting a tough game. We are prepared for a physical challenge...(but) everyone is hungry and keen and understands what is ahead of us. We have just got to go out and play well."