Georgian President Salome Zourabichvili said Monday she is eager to boost economic cooperation with Japan with an eye to signing a free trade agreement in the future.

The former Soviet state's location at the crossroads of Eastern Europe and Western Asia presents a wealth of business opportunities, Zourabichvili said in an interview with Kyodo News in Tokyo.

"Georgia has been developing in a constant manner in recent years, and we have now quite a promising situation between (the European Union) and Asia because we have a free trade agreement with the EU and we also have one with China and pretty soon with India," she said.

"So we are located as a hub between those two worlds and we hope to also have a free trade agreement developed with Japan," she added.

Japan and Georgia are expected to conclude an investment agreement this year after more than two years of talks, paving the way for negotiations on a wider free trade agreement. 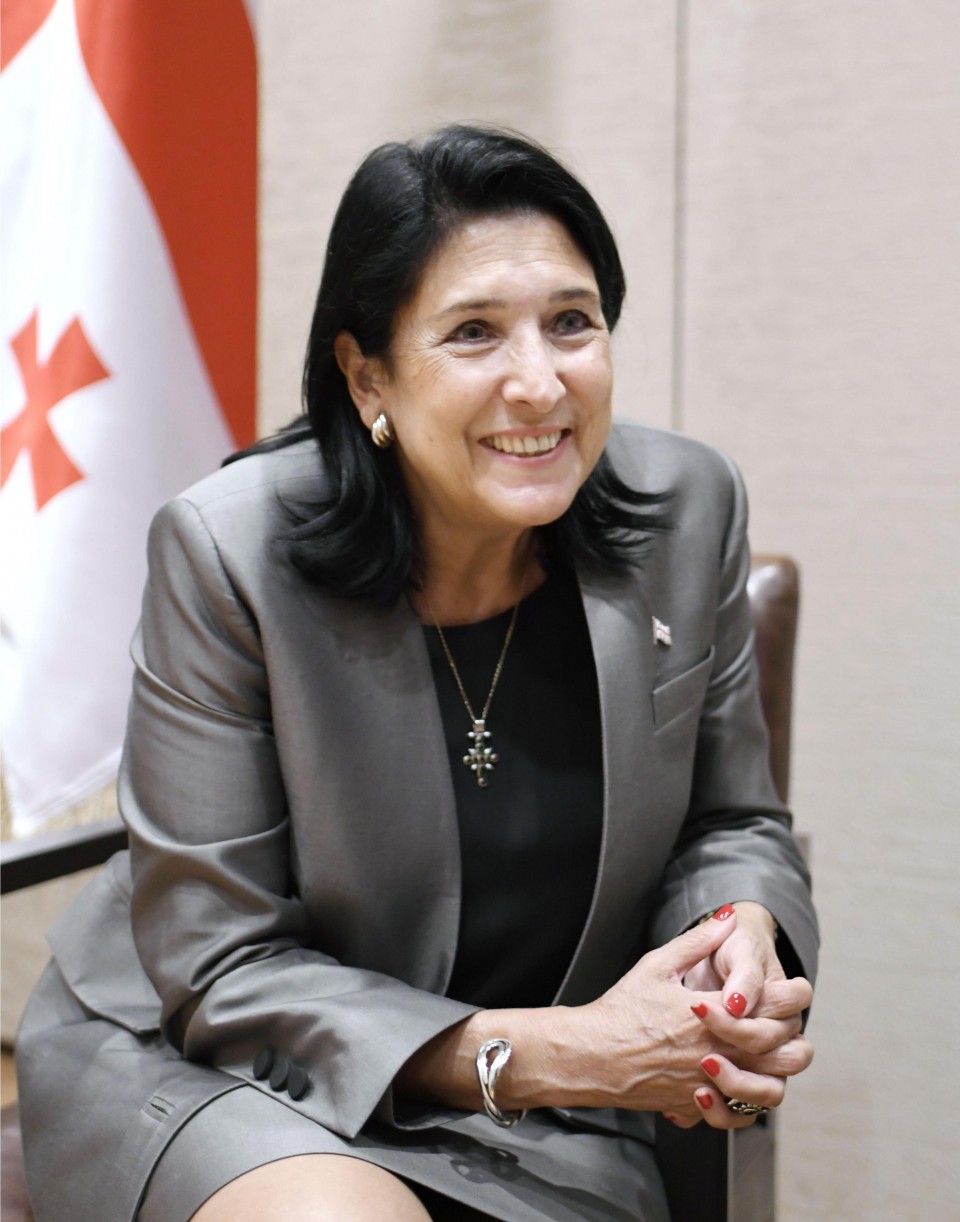 Zourabichvili, who was visiting to attend the enthronement ceremony for Emperor Naruhito on Tuesday, said Japan's expertise in fields such as infrastructure, connectivity and artificial intelligence makes it an attractive partner.

"Given the technological advance of Japan, the fields in which we need some development in Georgia are those in which Japan can be very competitive and very interesting for us. There is a lot of growth potential in ties between the two countries," she said.

Regarding sports, Zourabichvili credited fan-favorite sumo wrestler Tochinoshin and the Georgian national rugby team competing at the World Cup for raising her country's profile in Japan, adding she has high hopes for the Tokyo Olympics next summer.

On Georgia's troubled ties with neighboring Russia, which briefly invaded the smaller country in 2008 and still has forces in two breakaway territories, Zourabichvili termed the situation "not very new."

"Over the centuries we have had different parts of the territories that were occupied by different bigger or smaller neighbors, so we are quite resilient to these situations," she said.

"Not to say that it's not difficult on a human level, and especially the population that is living in the occupied territories are immensely suffering from lack of freedom and lack of freedom of movement, hindrances to speak their language, to defend their identity."

Zourabichvili, who was born in Paris to Georgian immigrants and served as a French diplomat before moving to her family's homeland, said she is looking to the European Union and the North Atlantic Treaty Organization to support Georgia's claims.

"The other partners have to push Russia in that direction to understand that it has not really benefitted in any direct way from the situation except for making its relations with all its neighbors more complicated," said Zourabichvili, who was elected last year as Georgia's first female president.

"We have to continue showing Russia that nobody has forgotten about the situation of conflict...it's in everybody's interest to continue this pressure," she said.