About 48 percent of voters want former trade minister Isshu Sugawara, who stepped down from his post earlier this week over a gift scandal, to also resign as a member of the House of Representatives, a Kyodo News survey showed Sunday.

In the nationwide emergency telephone poll, conducted over the weekend, 43.5 percent of the respondents said the lawmaker, in his sixth term, did not need to give up his Diet seat.

Sugawara resigned as minister of economy, trade and industry on Friday, little more than a month after taking the post, amid allegations that his office offered money and gifts to supporters, in violation of the country's election law.

He became the ninth Cabinet minister to step down from the Cabinet of Prime Minister Shinzo Abe since the premier returned to power in 2012.

Despite the resignation, the approval rating for Abe's Cabinet has risen 1.1 percentage points to 54.1 percent from the previous poll held earlier this month. The disapproval rate came in at 34.5 percent, up 0.3 percentage point, according to the poll.

In the poll, 75.0 percent said it was appropriate that Sugawara quit as minister, while 17.8 percent said he should not have. 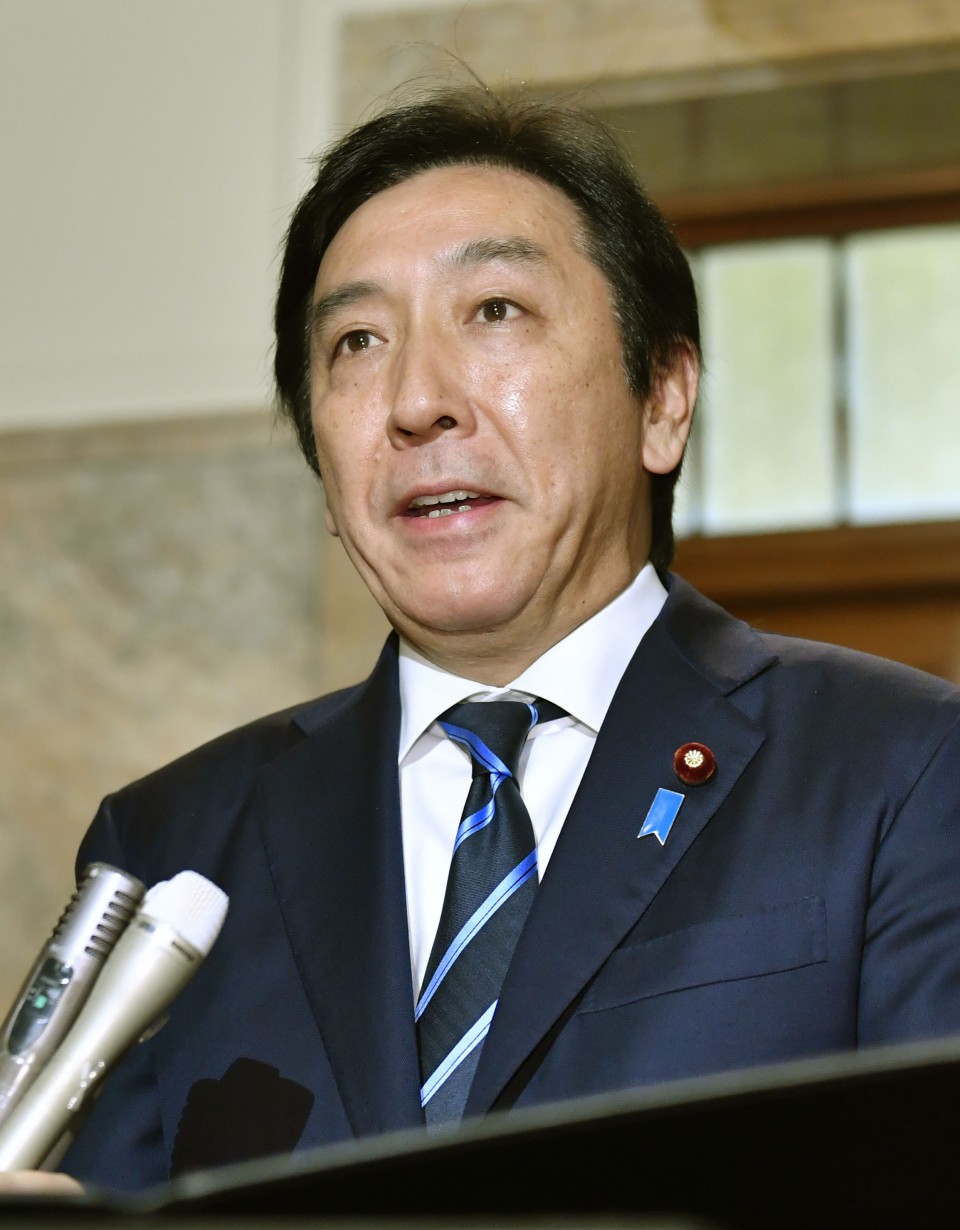 A whopping 81.9 percent said they are in favor of the idea of Japan having a female emperor with 13.5 percent indicating they were opposed, in the poll, which was held Saturday and Sunday, after Emperor Naruhito, 59, proclaimed his enthronement on Tuesday before an audience of leaders and representatives of Japan as well as some 190 other countries.

Concerns persist over the stability of Japan's imperial succession, which only allows males of the patrilineage to reign.

There are currently three heirs -- the emperor's younger brother Crown Prince Fumihito, 53, his son Prince Hisahito, 13, and Prince Hitachi, 83, the uncle of the emperor. The only child born to Emperor Naruhito and Empress Masako is Princess Aiko, 17.

Regarding whether to allow heirs with emperors on their mother's side to ascend the throne, 70.0 percent supported the idea, while 21.9 percent were against it.

A total of 68.7 percent of respondents were "worried" or "worried to a certain extent" over the economic outlook following the consumption tax hike from 8 percent to 10 percent on Oct. 1, around the same levels as the previous survey conducted Oct. 5 to 6.

An overwhelming 81.3 percent felt the two-tier consumption tax system, exempting food and beverage items from the increased tax rate in a bid to cushion its impact on consumer spending, was "complicated."