Rui Hachimura has an opportunity to be "incredibly successful" in the pros if he commits to his craft and manages to navigate the challenges of life as a player in the world's best basketball league, says NBA Commissioner Adam Silver.

Speaking to Kyodo News in a Tokyo hotel on Monday, Silver said he is extremely optimistic about Hachimura's potential to impact the game in both the United States and Japan.

Hachimura, who put together a stellar three-year career at Gonzaga University before being selected ninth in the first round of the most recent NBA draft, will make his regular-season debut with the Washington Wizards on Oct. 23.

"I see no reason why he can't be incredibly successful," said Silver, who took the NBA's top job in 2014. "I think that (he will succeed) as long as he stays laser-like focused on being a great player and does not get distracted by all the other things that come with being an NBA player, but I see no reason why that would happen." 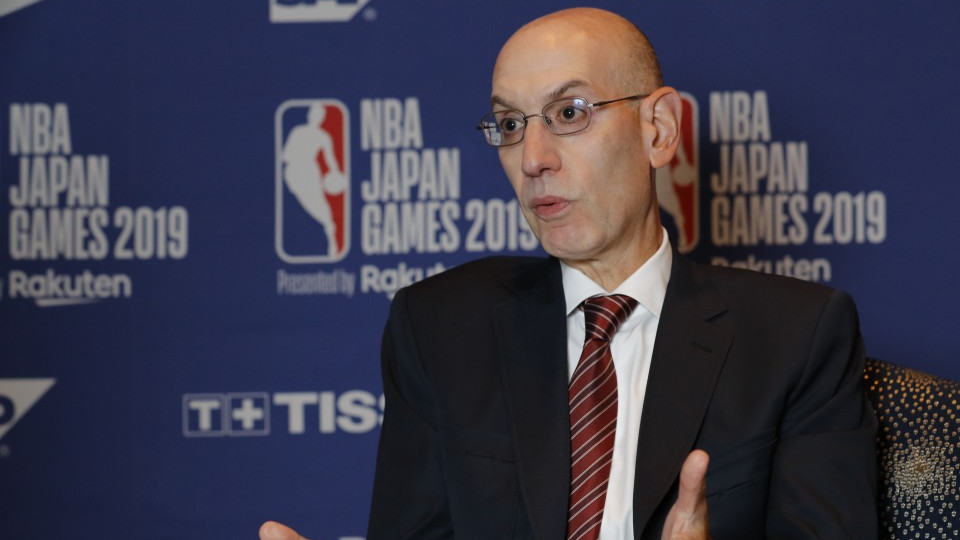 The NBA is in Japan for preseason games on Tuesday and Thursday between Western Conference heavyweights the Houston Rockets and reigning league champions the Toronto Raptors, and Silver joined the teams to mark the occasion.

Even though Hachimura's Wizards may not be playing in his homeland this preseason, his impact is being felt across the country with his face plastered on advertisements for a number of major brands.

"It is historic, of course, that he is the first Japanese player to be drafted in the first round," Silver said.

Silver also pointed to Washington being a very suitable landing spot for the 21-year-old Japanese, given its locale and status as the U.S. capital.

"I think the fact that he is going to Washington, D.C. will be very helpful in that it is very much a global market, a market on the East Coast of the United States where he has an opportunity to attract a lot of attention," he said.

"Purely from a media standpoint there is the availability of more media and international media in Washington D.C. than you may see in other markets...that is one of the advantages that clearly Washington has."

When asked if Hachimura could have a similar impact in Japan as now-retired Chinese superstar Yao Ming had in his homeland, Silver was quick to pump the brakes.

"I don't want to put that much pressure on him, to put him in the same sentence as a hall of famer before he has even bounced his first ball in the NBA, but certainly the potential is there."

Yao's impact on basketball in China has continued for a lot longer than his nine-year injury-plagued career with the Houston Rockets, and the question is whether Hachimura -- or even his fellow NBA hopefuls Yuta Watanabe and Yudai Baba -- can do the same for Japan.

"I realized that after every time I was in China after Yao Ming retired, the question would come 'when is the next Yao Ming?' with the sense that he is not going to come from a development system, rather that he is going to magically appear," Silver said. 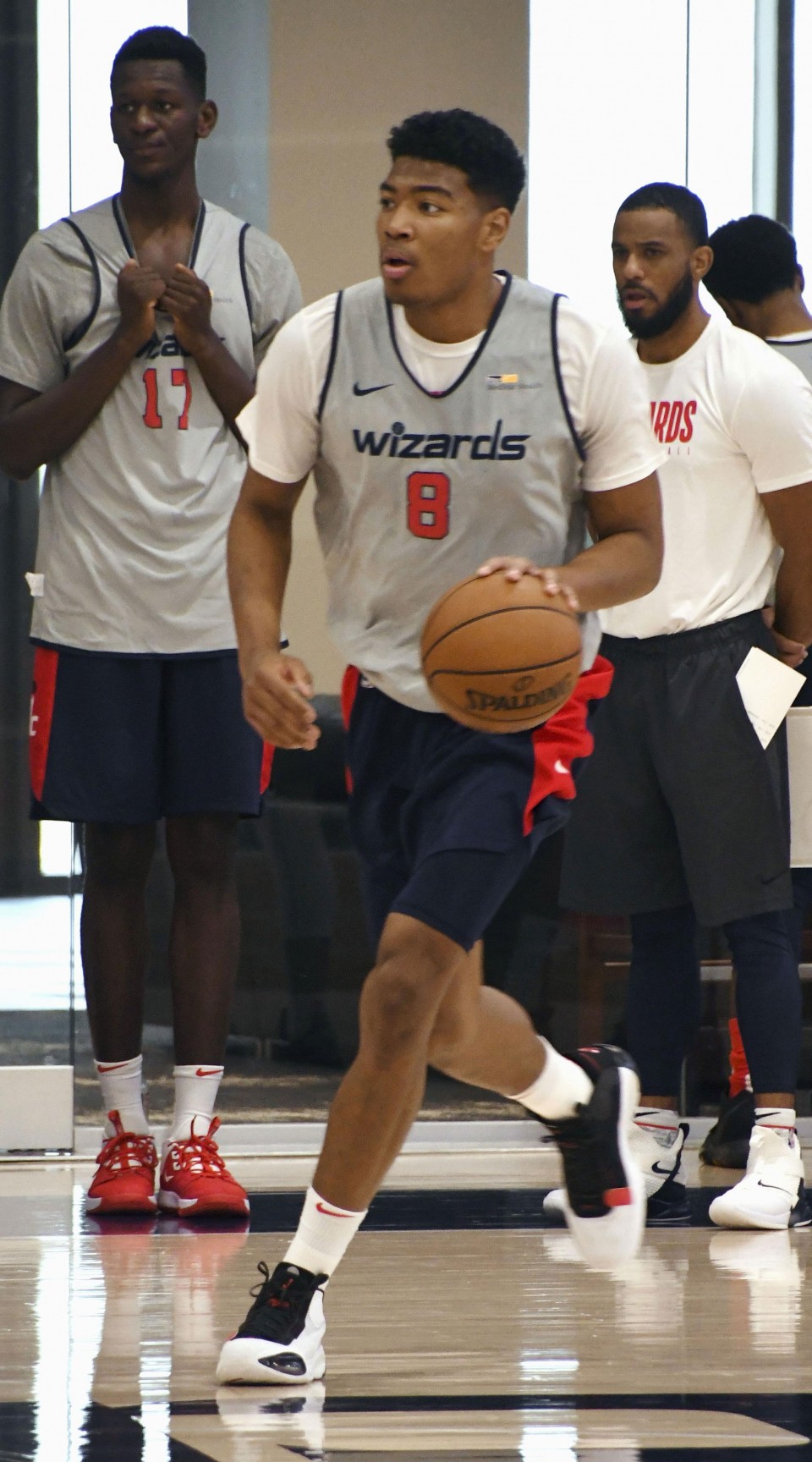 The fact that the next Yao did not appear means there are lessons that can be learned and applied if Japan is going to produce the next Hachimura, even with the current one still yet to make his mark in the pros.

"We determined at the NBA that we need to play a more hands-on role in these international markets in developing talent because a once in a generation Yao Ming-type player might come along who is just an incredibly unique physical specimen...is truly a rarity from that standpoint."

Silver said for Japan, or any country like it, to ensure there is a pipeline of talent coming through, a system must be established to make it happen.

He said academies can be the answer, something he said the NBA is "stealing from the European soccer model," but that also technology can provide a way for a talented youngster to be identified and progressed.

"I think using technology, using a system, adding academies -- there is an opportunity that didn't exist, historically, to be directly involved in the development track," he said.

In addition to bringing the NBA to Japan for the first time in 16 years, Silver is hoping the Olympics will put basketball's rise in Japan into overdrive. The fact that there will be both 3-on-3 and 5-on-5 competitions at the Tokyo Games, is a real positive, he believes.

"It is my hope that both the 3-on-3, which will have a little bit more of an entertainment angle than the traditional 5-on-5 indoor basketball, will stir interest around young people and create a desire of some of the great young athletes to want to play basketball as opposed to soccer or some other game."

"I see enormous opportunity in this market," he said.

And as for the question that every Japanese basketball fan wants to know -- is there a chance that Hachimura and the Wizards will play a regular-season game in Japan soon? Silver said, yes, there is "a chance."

"We have learned a lot over the years, and that is that when we play a preseason game we can spend more time in the market, so it is a balance. (But) I understand from a fan's perspective that a regular-season game is meaningful in a way that, of course, a preseason game isn't."

"We would love to bring the Washington Wizards here, and I think it is just unclear which would be a better situation, whether it be a preseason or regular-season game."