Japan's Air Self-Defense Force conducted a missile interceptor drill at a Tokyo park on Wednesday, the first time in six years such an exercise has taken place in a public space, following a recent spate of North Korean missile launches.

The drill involved a unit of the Patriot Advanced Capability-3 system designed to shoot down approaching missiles that evade sea-based interceptors fired from the Maritime SDF's Aegis destroyers.

The PAC-3 system, which features truck-mountable launch pads, has a range of several dozen kilometers.

Since May, North Korea has fired ballistic missiles and other projectiles on 11 occasions, including what Pyongyang called a new type of submarine-launched ballistic missile that is believed to have fallen into Japan's exclusive economic zone off the western prefecture of Shimane last week.

"By showing our capability to quickly respond to ballistic missiles, I think we can make people feel secure," said Lt. Col. Takasuke Maeda, who commanded the drill. 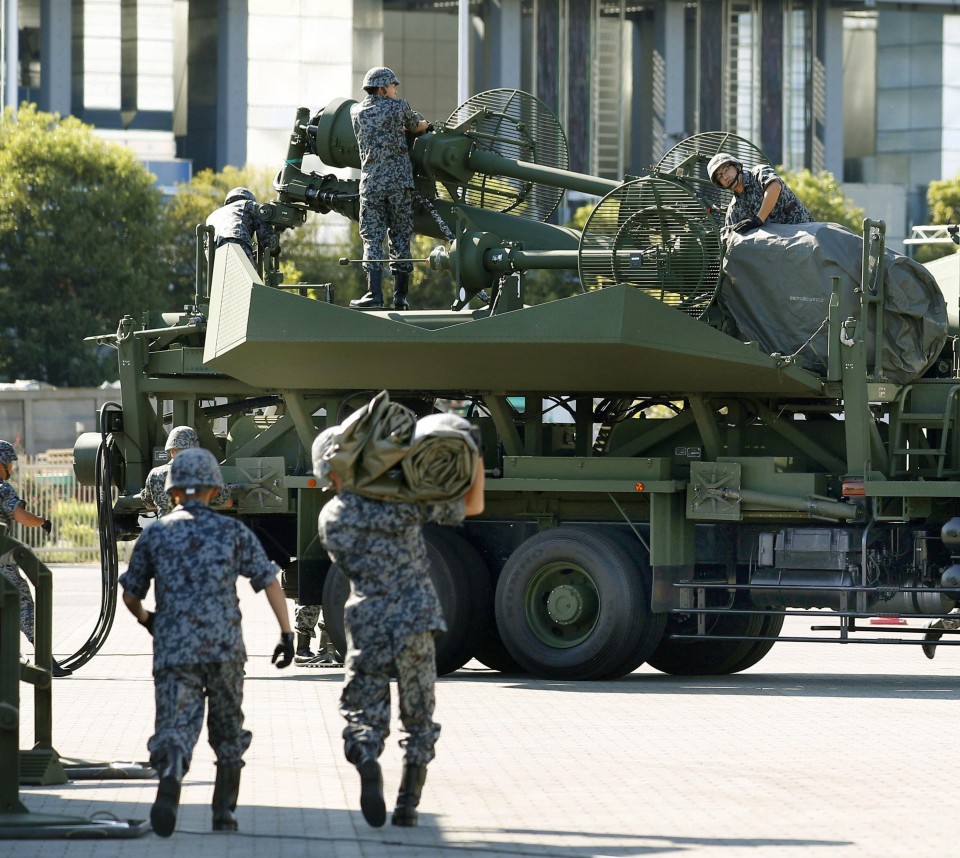 In the exercise shown to the media at the Tokyo Rinkai Disaster Prevention Park in the capital's waterfront Ariake district, around 30 ASDF members set up the equipment and then spent 20 minutes checking each step in preparation for launching interceptors.

In October 2013, the Defense Ministry conducted a night drill to load and set up PAC-3 interceptors at a park in Osaka Prefecture.