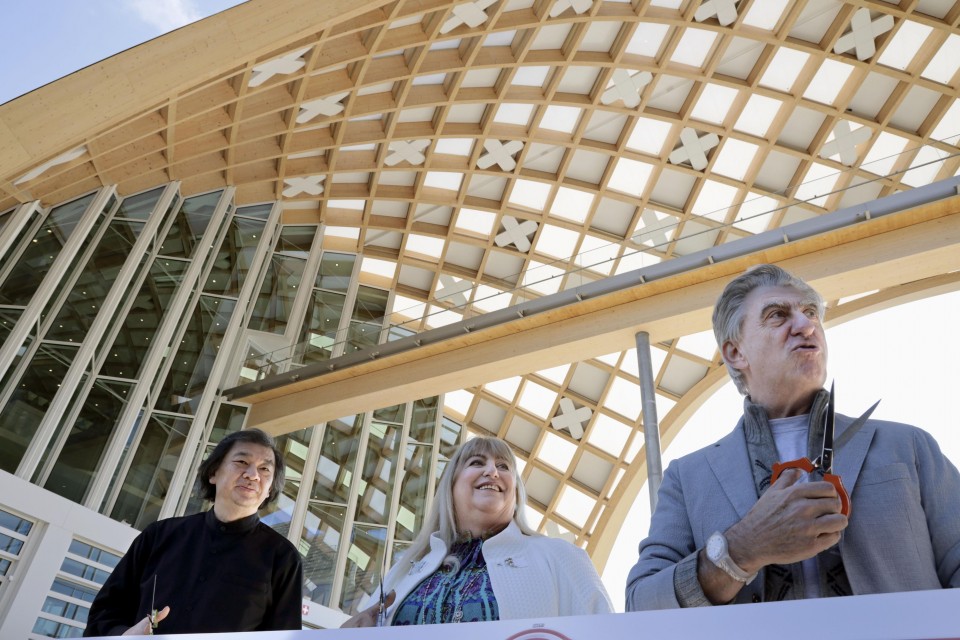 The structure, which opened to the media on Oct. 3, is the second collaboration of Ban with the Swiss watch company. The Nicolas G. Hayek Center in Tokyo's Ginza district, named after the founder of Swatch, opened in 2007.

Built entirely from Swiss timber and carbon dioxide neutral, the new headquarters' shape and scale-like facade composed of wooden elements inspired locals to call it the "giant serpent" of Biel, the heart of Switzerland's watch production.

Ban, a Tokyo native and winner of the 2014 Pritzker Architecture Prize, stressed the significance of the use of wood, saying, "Unlike concrete and steel, it is the only natural renewable construction material." 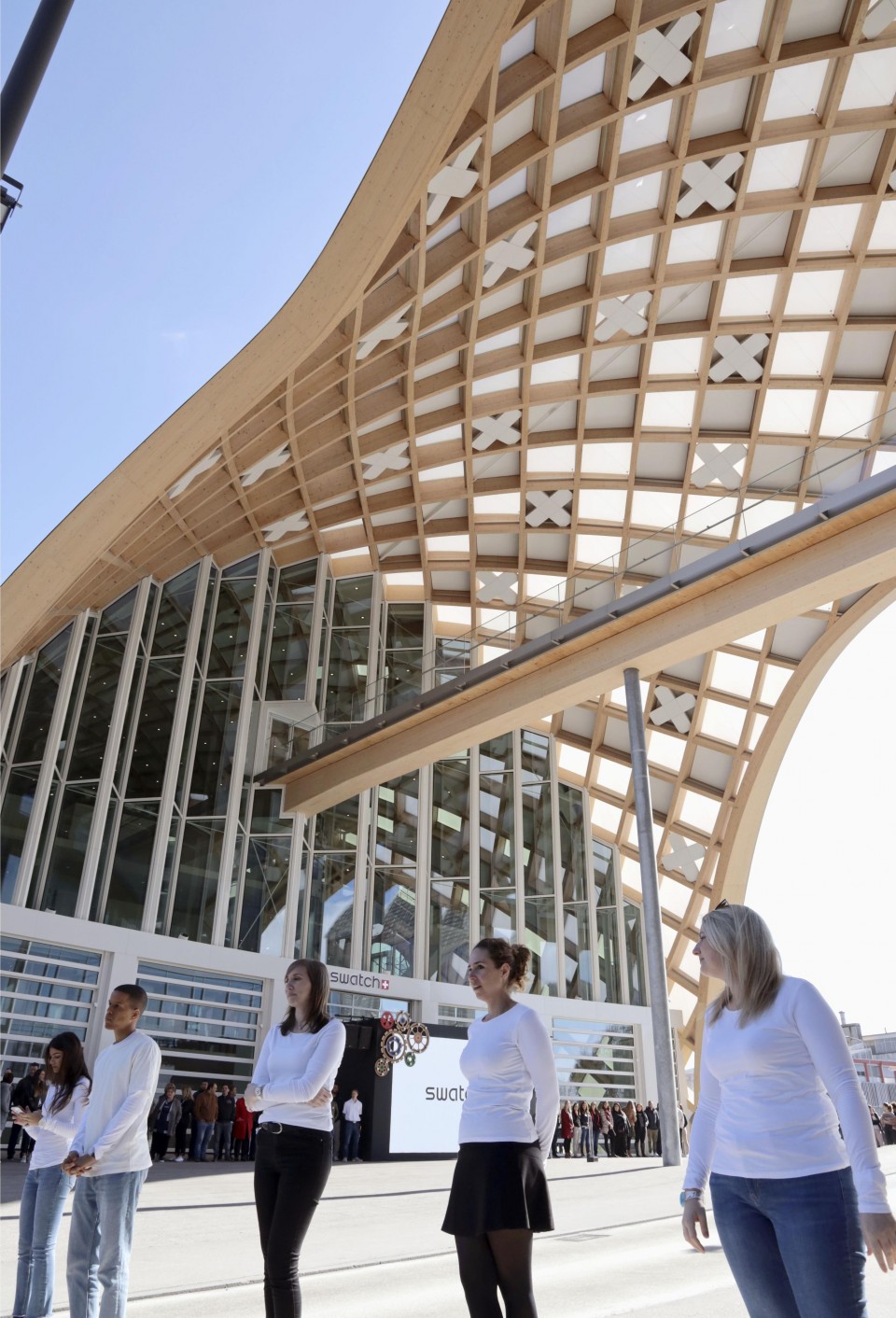 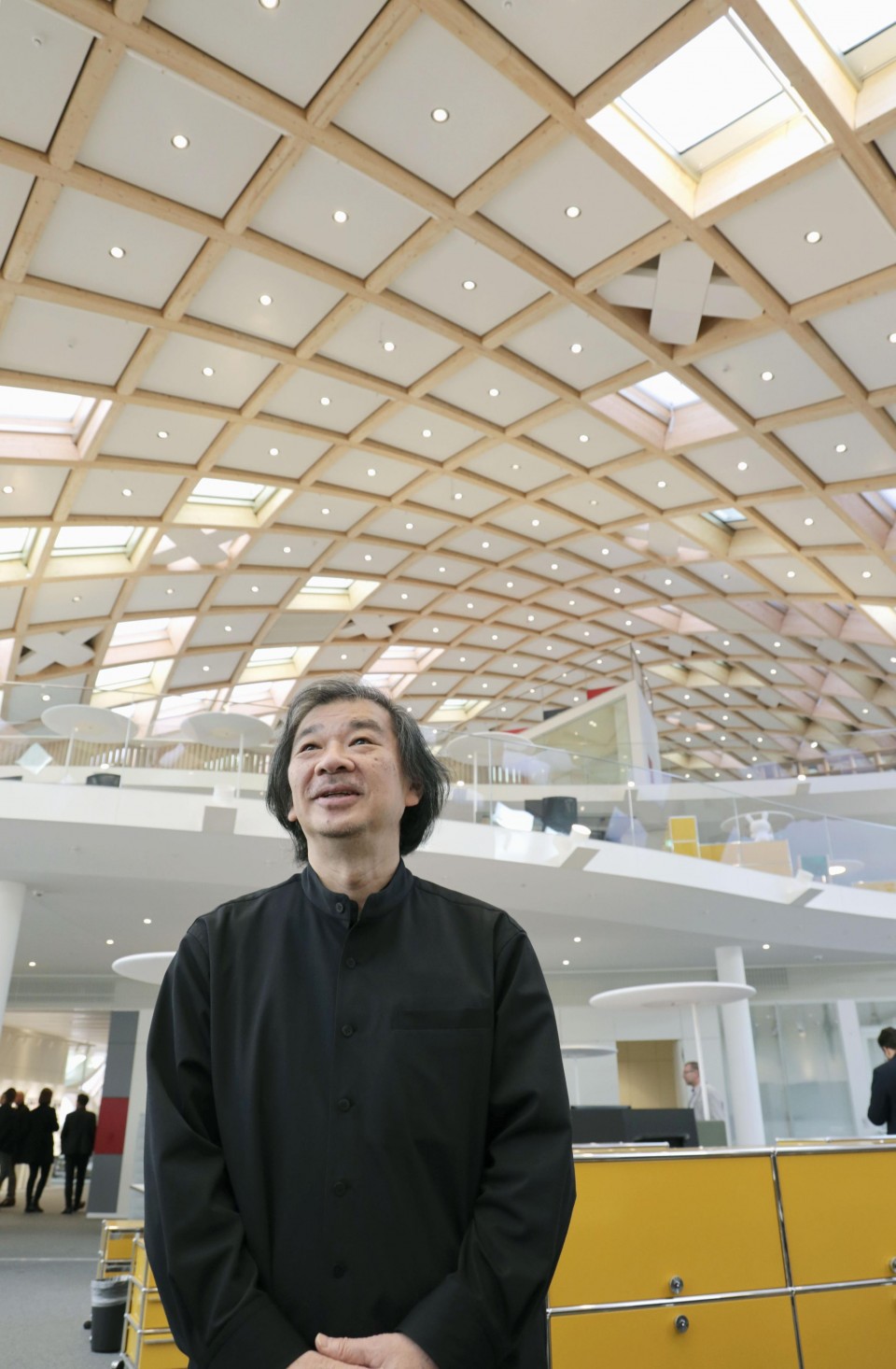 The daughter of Swatch's founder, Nayla Hayek, said the construction emanates a "fantasy" in the spirit of creativity and sustainability.

Eight years after winning the Swatch Group's 2011 architectural competition for its headquarters, the new building boasts a total length of 240 meters and covers 25,000 square meters over five floors.

The 1,997 cubic meters of timber used for the headquarters regrow in Swiss forests in two hours.

Apart from the new building, Ban designed the adjoining Omega Manufacture and the Cite du Temps as the seat of the Swatch Group.

The world's first drive-thru store for watches is located on the premises. 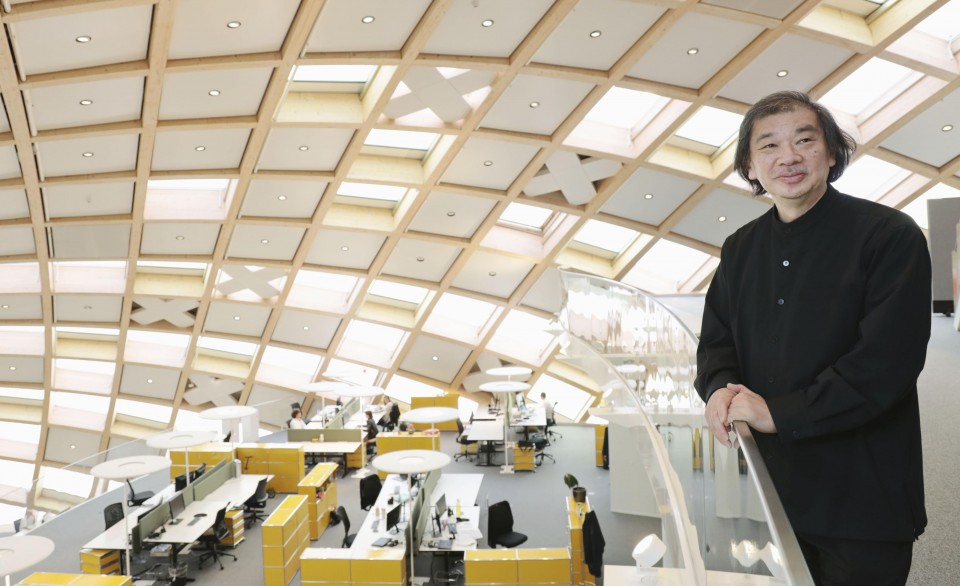