Japan said Friday it is considering dispatching Self-Defense Forces vessels and planes to the Middle East, without joining a U.S.-led coalition to guard shipping traveling through the Strait of Hormuz amid tensions involving Iran.

The government is likely to decide by the end of the year whether to dispatch the SDF to collect more information on the region to help ensure safe navigation, a government source said. 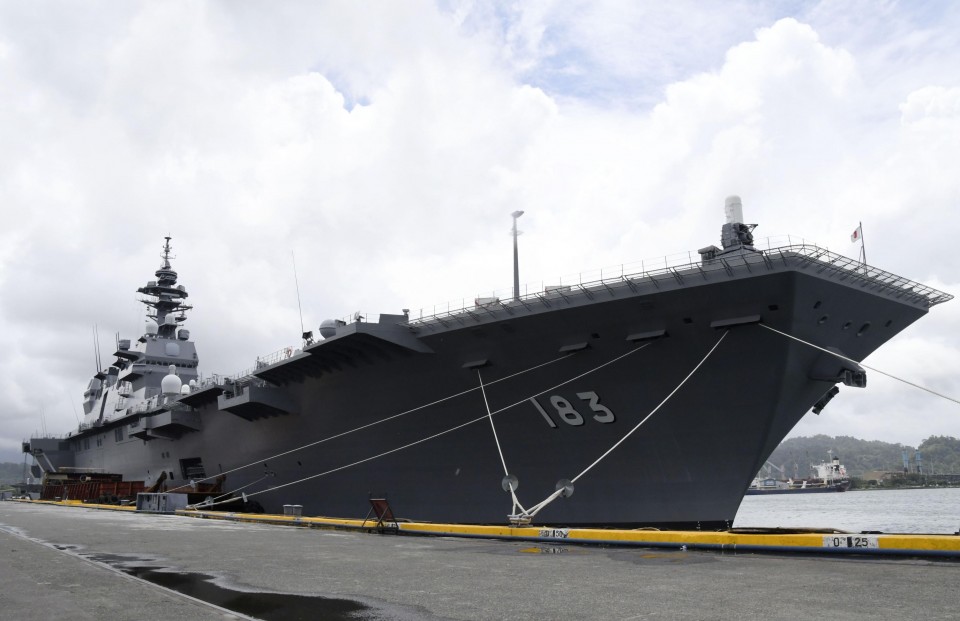 As for the timing, Suga said, "We will consider from now, so it has yet to be fixed."

Abe will make the final decision on whether to send the forces after taking into account the latest situation in the Middle East, according to government and ruling party sources.

Defense Minister Taro Kono told reporters that the Strait of Hormuz is not at this moment among the possible locations.

Suga emphasized that the government remains committed to diplomatic efforts to ease tensions in the region, adding the current situation does not immediately require the protection of Japanese vessels by the SDF.

The creation of the U.S.-led coalition follows attacks on two oil tankers, one operated by a Japanese shipping firm, near the Strait of Hormuz at the mouth of the Persian Gulf in June.

Only Australia, Bahrain, Britain, Saudi Arabia and the United Arab Emirates have so far agreed to join the coalition.

The Strait of Hormuz is a key oil export route and safe passage for shipping in the area is vital for Japan, which relies on the Middle East for 90 percent of its crude oil.

Japan has refrained from a making a decision on the U.S. initiative, partly because it does not want to damage its traditionally friendly relations with Iran.

Sending the SDF overseas is a sensitive issue in Japan, as entanglement in a foreign conflict could violate the country's war-renouncing Constitution.

Since facing criticism for only extending financial support in the 1990-1991 Gulf War, Japan has been expanding the scope of SDF activity overseas.

On Friday, Suga said "survey and research" activities were stipulated in the law on the establishment of the Defense Ministry, so the dispatch, if formally decided by the government, would not need parliamentary approval.