South Africa coach Rassie Erasmus confirmed Thursday he is stepping down from his role after the Rugby World Cup final.

"To be honest, it's been 25 test matches, and is probably my last test -- it is my last test match that I will be the head coach," Erasmus said after naming his side for Saturday's final against England in Yokohama.

Erasmus has served in the dual role of Springbok coach and SA Rugby director of rugby since the beginning of 2018.

"For me, it's an emotional one in the sense that I didn't think 25 test matches will go that quickly," he said.

In making the announcement, he ruled himself out of contention to lead South Africa against the British and Irish Lions when they tour in 2021. However, he still hopes to play a role within the team.

"It's wonderful to be here. It's sad that it's only three days, and then it is all over. But I will be heavily involved, hopefully, still after this -- whatever way we are going to go with the head coach," he said. 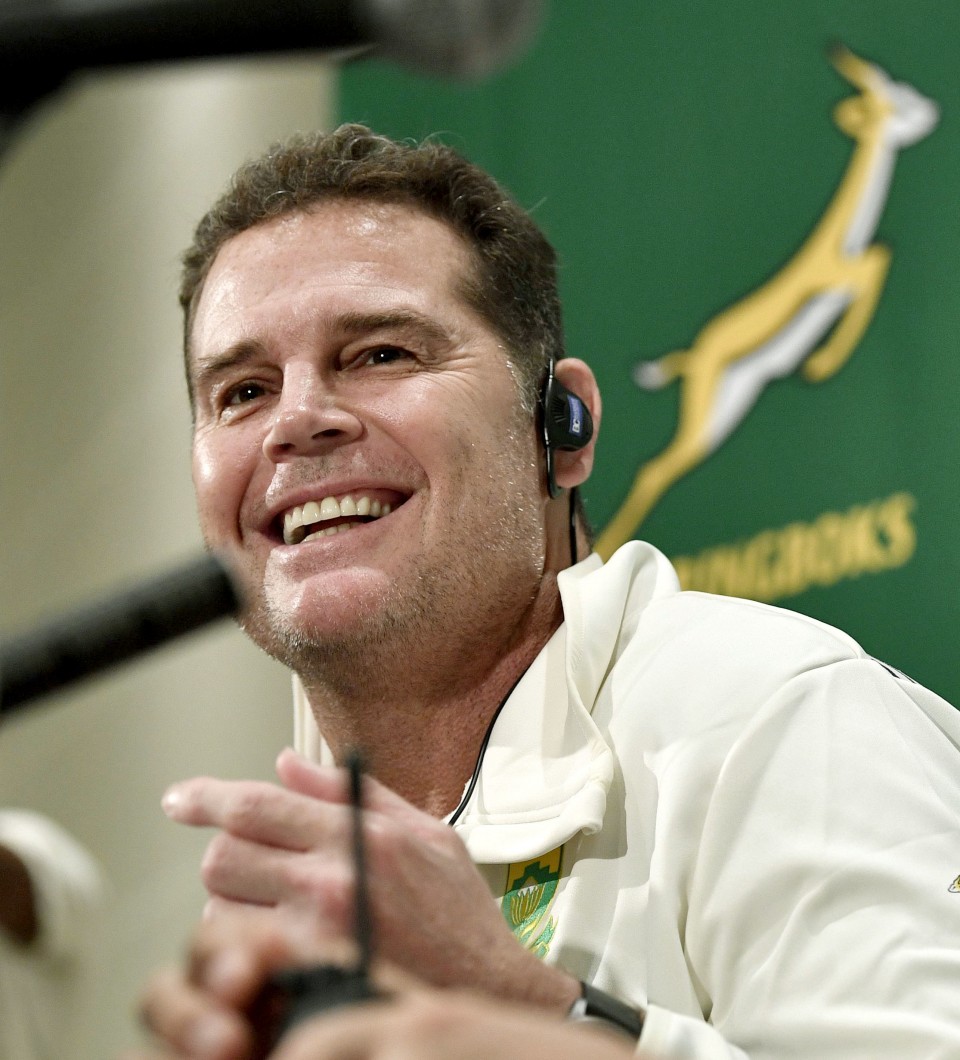 Rugby: Springboks looking to unite a nation with RWC win

It is not only Erasmus, however, as a group of New Zealand-born coaches have either coached their last or will coach their last game in charge of their international team at this tournament.

Friday's bronze medal game will be the last for Steve Hansen as All Blacks coach and Warren Gatland as Wales coach. The latter will still be involved in test match rugby, though, as he will lead the Lions on that 2021 tour of South Africa during a sabbatical from his new role with Super Rugby's Chiefs.

Hansen, meanwhile, is set to take over from Jake White at Top League side Toyota Verblitz, as noted last week by England coach Eddie Jones after his team beat New Zealand in the semifinal.

"I know he's coming back here to coach at Toyota, so their cars will run a bit faster and I'm sure he's going to get involved in helping World Rugby," Jones said.

Two other New Zealanders have also called it a day. Ireland's Joe Schmidt is undecided as to where his future lies, while former Georgia coach Milton Haig will go up against Hansen in the Top League, having already taken over at Suntory Sungoliath.

While all those coaches finished their tenures on good terms, Wallabies boss Michael Cheika's departure was much less amicable after Australia failed to meet expectations following a tumultuous World Cup that saw them knocked out by England in the quarterfinals.

It was also widely reported in the Australian press that the former Randwick forward had a heated verbal altercation with Rugby Australia chief executive Raelene Castle at a mid-tournament cocktail party held at the Australian embassy in Tokyo.