The high school student who was shot by police during a clash on Tuesday was prosecuted for assaulting police and rioting, according to police Thursday.

Tsang Chi-kin, 18, the first victim shot at by police with a live round since the anti-government demonstrations began in June, and six other men were being prosecuted in court for rioting and other crimes in relation to the Tuesday protest.

Tsang, who was also facing two counts of assaulting a police officer, and two other men did not appear in court as they were hospitalized.

The male teenager was critically wounded in the chest when he was shot by a riot police officer at close proximity, but he has been in stable condition since Wednesday after surgery, according to local media. 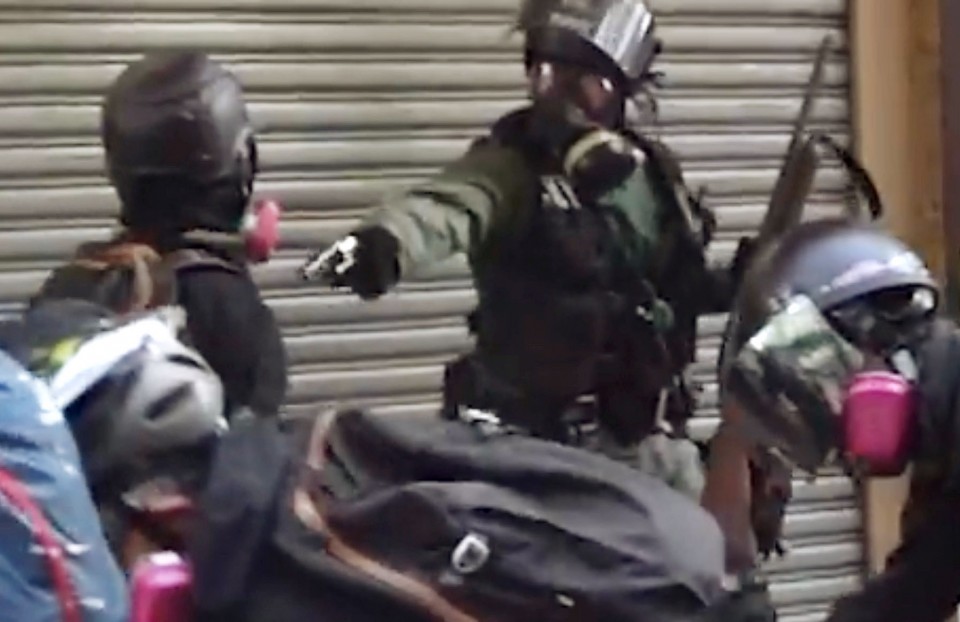 Flash mob rallies were held in various districts Wednesday to protest against police's findings that the officer's decision to shoot Tsang was reasonable and lawful.

Protesters blocked traffic, trashed subway stations, damaged shops and banks run by mainland Chinese companies and set fire at a police station across through the night in acts they said target the authorities.

The unending spate of social unrest has along with the gloomy global economy shrunk tourist numbers to the territory and forced the cancelation of major events, such as the Hong Kong Tennis Open game, some China National Day celebrations and most recently the Cyclothon and Wine and Dine Festival.

"The decision to cancel (the biking and wine events) was certainly not an easy one," event organizer Hong Kong Tourism Board chairman Pang Yiu-kai said in a statement. "However, in view of unforeseen circumstances in the coming weeks, it would be challenging to us to ensure the smooth running of the two events.

Millions of people have taken to the streets since June to protest against the now-suspended bill would have allowed the transfer of fugitives to mainland China. 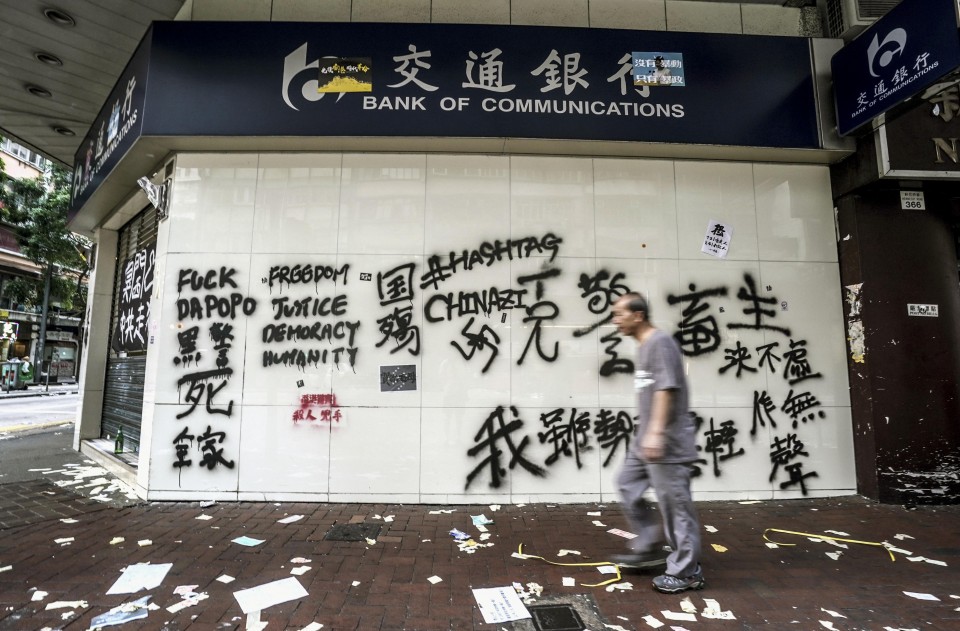 The protesters' demands have widened to include an independent inquiry into police use of violent tactics against protesters, pardons for all those arrested and democratic reform.

While most march protests have been peaceful, violent clashes with police have become more frequent.

As mask-wearing protesters resort to more bold tactics including throwing petrol bombs at police and torching roadblocks and police stations, police also increasingly used teargas and water cannon against them.

Meanwhile, the government is said to be considering enacting an anti-mask law similar to ones in some foreign democratic countries, but the opposition camp says it would only stir up more trouble.

"The yearning for freedom, liberty and democracy are not going to go away simply because you enact even more draconian laws to suppress the human rights of the Hong Kong people," Civic Party lawmaker Dennis Kwok told reporters. "(It would be) the beginning of a slip towards the authoritarian state."

He said any such legislation would be subject to judicial review and must not contravene the Basic Law, the mini-constitution in effect since the former British colony was returned to Chinese rule in 1997, and the International Covenant on Civil and Political Rights.

Rallies held in Hong Kong after teen shot by police